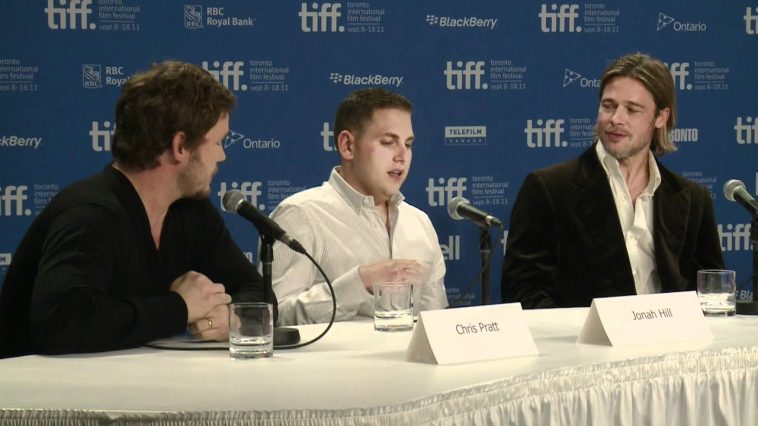 The truth is he’s telling the truth. There’s just no limit to how many times they can say the truth aloud and still have the sleeping people laugh and clap because they think it’s a joke. He wasn’t laughing and his eyes says it all.

FULL QUOTE FROM THE CONFERENCE:

“1 grew up in a very Christian environment,” he said. “A very healthy environment and a loving family, but there were parameters that I didn’t understand. I questioned it, and it took me until my adult years until I could really try new things – that was satanism. It’s working out really well, ah, it’s…I made a pact..the movie came out so well. No, it’s you’re really dealing with you know you’re told certain things as you grow up and I am big believer and you have to try things on for yourself and really figure out who you are and what works for you and what doesn’t. I just relate to that time, it’s a very personal time, it’s a comfort system and you cut the tether and find yourself very on your own with nothing to hold on to”

Yes, Brad Pitt made it sound like “Satanism is working out really well for me” was an off-the-cuff joke but he was revealing an important truth. I noticed that he scratched his head near the third-eye zone after that statement. This tells me that he is deeply programmed because mentioning his loving family and healthy environment as a child might break through the programming or trigger an alter that would be out of place in the presser, so his head-scratching in the third-eye zone is probably a programmed response to come back to character. Then he says, “So can we just leave it at that?” with a typical charming Pitt smile.

Good observation for sure! It seems like it’s a requirement to let the truth out to the public and usually it’s done through comedy of course. It’s the easiest way to say your true intent without the plebs noticing. All these magazine moguls do it through their magazines as we saw with Balenciaga. Politicians do through their mandates and actions, like what we saw during the plandemic and draconian bills,laws etc

Truth masked as a joke. Something we have all heard before from others like Katy Perry.