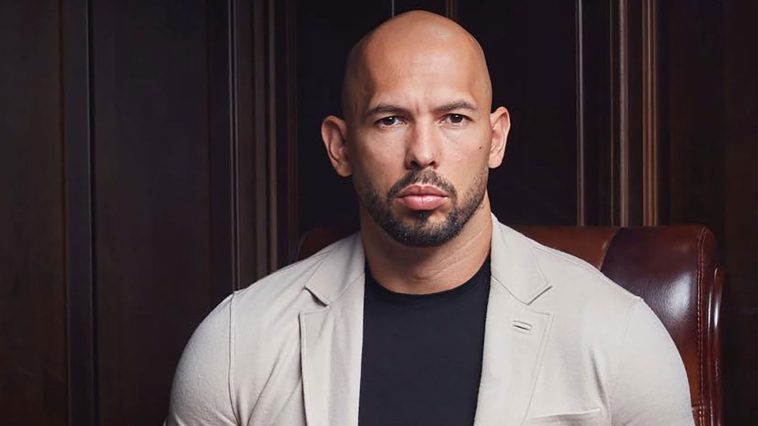 ANDREW Tate’s social media account had shared an article that claims that he or his brother were taken to hospital from jail along with a post claiming that he was “attacked.” On …

Is Andrew Tate about to disappear (in one way or another) and reemerge with a new identity somewhere else? Because this seems awfully convenient – AND he’s still Tweeting…

“One of the brothers was claimed to have a pre-existing health issue that he told a medic about, which lead to him being taken to the hospital, the DailyMail reports.”

– All detention centers that I’m aware of – jails (even tiny rural ones) and prisons – have onsite medical staff, even if it’s only one nurse and a rotating MD who would screen anything preexisting. There is no mention of any acute episode requiring physician intervention.

He’s said many times that he isn’t suicidal and that he expects “The Matrix” to try and kill him.

He’s clearly not suicidal, but think about his message (from what I’ve read, I didn’t listen to him) – he puts out what is, today, “toxic masculinity” intermixed with centuries-old recognized truths, then combines these with his repugnant behaviors towards women he traffics.
Strikes me as the same old, associate the most morally depraved behaviors with all the truths you hate/want to squash in order to discredit those truths all the more.
Ample evidence he is a freemason and either an intelligence asset himself or the son of one who’s committed to the cause as much as anyone may be.

And what evidence do you have that he traffics?

“I didn’t listen to him” “he puts out what is, today, toxic masculinity”

I’ve listened to what he actually has to say. It’s traditional masculinity with your standard manosphere topics mixed in.

Is he wrong about some stuff? Of course, but he’s on the money more than most people spouting off online. Like those who judge someone solely based off of here-say. *cough cough*

In my understanding, he put the images and info out about his captives himself, Steven. That was the evidence upon which he was arrested. You could claim “what evidence??” about anything you aren’t direct eyewitness to anymore. But when a man is putting out a product that matches up with what women who’ve been deprived of their liberty and autonomy are saying about him, I’m inclined to think there’s truth there.

Again, you are using here-say and didn’t share said images. You’re spreading a message out into the internet that this man should be crushed, like a good little NPC.

Where have I in any way suggested he “should be crushed”? Call me whatever names you will, I recall your sympathies with sex offenders and pedophiles. The case is obviously under investigation, but he also seems to have a bit of a history.

The articles are out there, but as with everything else, sometimes people will refuse to consider any sources when it is a person they feel sympathetically towards.

Anyway, since you do not wish to look for yourself, here are several articles with images. He definitely seemed to have means well beyond what his historic successes would have garnered.

This article mentions his 11 luxury cars, one of which was, alone, worth $3mil.
thesource.com/2023/01/06/11-luxury-cars-worth-millions-seized-from-andrew-tate-following-sex-abus-arrest-in-romania/

nypost.com/2022/12/30/inside-andrew-tates-700k-romanian-warehouse-he-turned-into-a-hideout/
This article discusses his history of violence against women to include beatings and a rape allegation which caused him to be kicked off from Big Brother and led him to flee the UK. He is quoted here and in other articles as citing his relocation to Romania “40%” due to their more lenient laws against rape and his hope to avoid charges.

nypost.com/2023/01/06/andrew-tates-sex-cam-girls-branded-with-owned-by-tate-tattoos/
“The troubling tats were seen in sex-cam videos as part of the jailed influencer’s operation in Romania, which investigators say was a sex-trafficking gang operation based on violence, police sources told The Times of London.

The inking was found on Romanian workers — and the 22-year-old American who accused Tate of raping her last year, sparking the initial investigation and raid in April, the UK paper said.

The expression tallies with incendiary comments the US-born influencer has repeatedly made claiming that women belong to men — and owe them a cut of any cash they make from p**n.

“It’s not about being property, it’s about she belongs to him, and the intimate parts of her body belong to him because they’re in a relationship,” Tate told Barstool Sports’ in July.

““And if she wants to sell those, he has a stake in those parts of her body,” he reckoned of girls on sex cam sites like OnlyFans.

But that wouldn’t apply to male p**n stars, he said, “because I think the women belong to the man.”

He also is quoted as stating that women must bear responsibility in their own abuse and rape. How are these quotes “traditional masculinity”?

Thank you for your words. Its terrifying as a woman hearing so many men follow and defend people like him, and the old Christian ideal of women being mens property. F&*% that. It is not normal or natural

Is he a moral bastion of society? No.

Does he deserve to go to jail forever because sensitive sheep like you have blood lust? No.

Your reactions are abnormal here as to everything I have said. Ask yourself why.

Thy are going to do to him what they did to John McAfee.