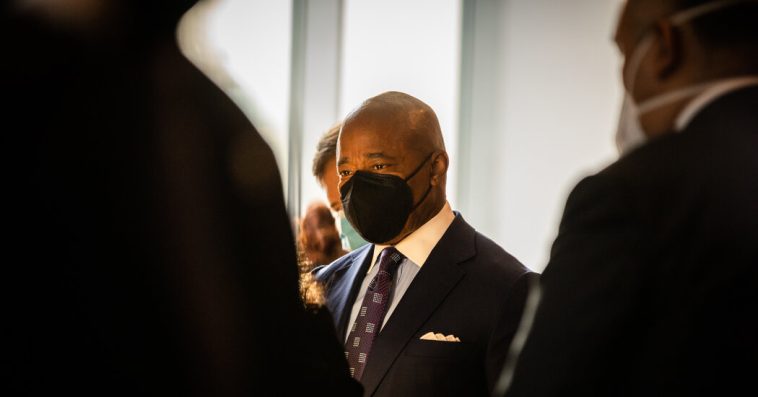 Suddenly, keeping the “mentally ill” on the streets is no longer compassionate. Does anyone else see this as rife for abuse? The schizophrenics, etc, will continue to roam free whilst wrongthinkers…? Who defines mental illness? We see the mainstream conceptions of such.

“Mayor Eric Adams announced a major effort on Tuesday to remove people with severe, untreated mental illness from the city’s streets and subways, saying New York had “a moral obligation” to address “a crisis we see all around us.”

The effort will involve hospitalizing people involuntarily, **even if they do not pose an immediate risk of harm to others**.”

“The common misunderstanding persists that we cannot provide involuntary assistance unless the person is violent,” Mr. Adams said. “This myth must be put to rest. Going forward, we will make every effort to assist those who are suffering from mental illness and whose illness is endangering them by preventing them from meeting their basic human needs.”

“…workers would assess people on a “case by case” basis, including whether they were able to provide basic needs such as food, shelter and HEALTH CARE for themselves.”

“The very nature of their illnesses keeps them from realizing they need intervention and support. Without that intervention, they remain lost and isolated from society, tormented by delusions and disordered thinking.”

Just another step in criminalising poverty in Hamaruca

Will refusing to take an mrna vaccine be considered mental illness?

A E
Reply to  randall

This will be abused to no end in NYC

Soon to be applied to unvaxed since They won’t be able to provide for themselves without a digital vaccine passport connected to their digital account ?

A E
Reply to  Sara

Bingo! And once someone is involuntarily committed they are no longer in control of decisions concerning their own persons.

They will want to get them “treated” and discharged as quickly as possible, so the mRNA will just be SOP.