Officials say 150 more injured, with many being treated for cardiac arrest, after surge in South Korean capital.

Another Sacrifice between the two pillars of the eclipses, the number of intended sacrifice, 149, is the 36th (6*6) prime.

That’s exactly what I wondered. The article states 150 were wounded and many were treated for cardiac arrest.

Halloween is not yet over, more to come …
Better stay home these days

It’s not Halloween yet.

The people who religiously follow this have a period of time surrounding it in which they “build up momentum”. It is their highest holy day. Sacrifices start early. To them, this is a very serious and significant time and there are preparatory rituals and rites needed to intensify their spells on that specific day. They are laying groundwork for more potent success.

Halloween is just one day which sits at the center of a longer period in the pagan Norse Calendar, called Gormandur, which means “slaughter month.” Which stretches mid-October to mid-November.

This year in the center there was a devil horns solar eclipse over Russia on Oct 24-6 and there is a Lunar blood moon Eclipse over the pacific and KALIfornia on Nov 7-8.

The full Norse wheel of time 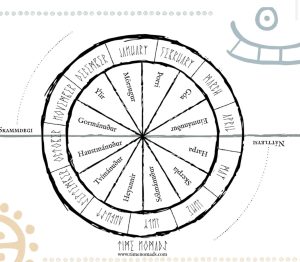 From this wheel the Luciferians have adapted many of the holidays into “Christian” traditions (See Solar worshipped Constantine at the council of Nicaea) including the name Easter which comes from Ostara, as in Ashteroth, which is also the origin of the egg painting. 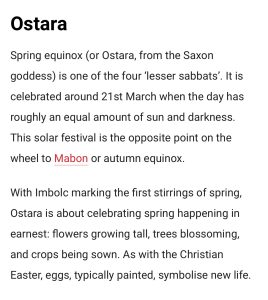 The name GormanuDor itself being a dark trinity:

Kur = The Dragon of the Underworld
Manu = The Sun/Serpent Seed
Dor = Thor, the thunderer

In the Truss sacrifice cover of the economist 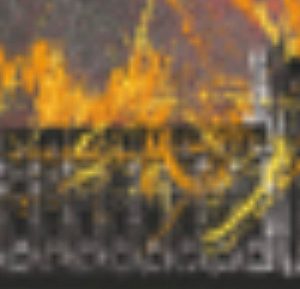 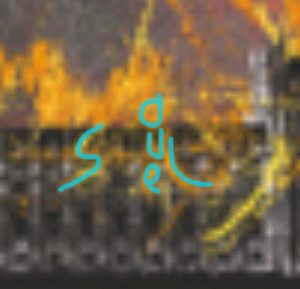 The O written to also write “due”

The missing count is now 355, the number of days in the lunar year plus 1. 81, 9*9 cardiac arrests (very unusual for young crowd, were trampling usually kills people by asphyxiation not cardiac arrest.) no reasons for the start of the stampede are given (ie a gunshot or fire or some other disturbance.)

This appears to be the work of the 5G symbiote crowd using the panic and self sacrifice sequences. Lueren Moret discussed their abilities to do this in 2010 videos long before they’d injected the nanotechnology.

Thanks for the update. The cardiac arrest was sketchy from the beginning, for me and I also noticed the absence of any cause. People don’t just stampede for no reason.

The bridge collapse in India is reported to have killed 134 people. When you add the 149 from the Korea incident, you get 283. This is the exact number written above St. Thomas hospital in the whirlwind of the Liz Truss Economist Cover. The 3 in blood is 3 killed in the Crimean bridge. And now it’s been 3 sacrifices to Ma’aT. 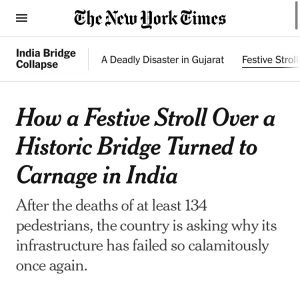 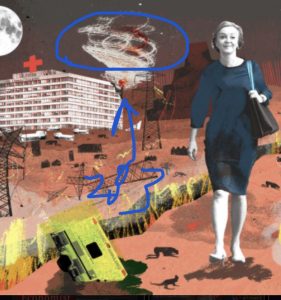 283+3 in 3 sacrifices. 2 of them involving bridges (as in the dress) and one a street corridor.

Keep in mind the words are written on the Sun side of the economist cover the firey one, and that the name Seoul is said “Sol,” like “Solar,” and the “Soul.” The beast out of the sea.

The flag of the city is of course Mr solar beast out of the sea, an eight sided Shamesh “Deep Blue Sea” Sun. 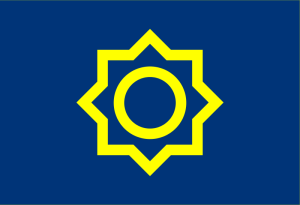 Seouls police force is the Solar eagle with the scales of Shamesh. 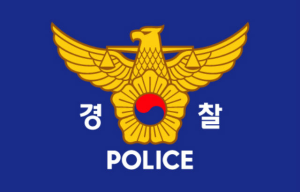 Is Shamanism related to Shamesh?

The term shamanism has become extremely diluted at this point linguistically.

However the origin is indeed the same: The Solar Fire, alchemically ILL-luminating.

Sha is Heart Ma is the scythe. In the root language for the word Saman, Manchu Tungus, it means “one who Gnos.” They are always depicted wearing horns and dancing near the fire. Like Athena, the ones with fire eyes. It is we’ll know to be from the steppes of Russia, the same place as the post deluvian origin of all of the Luciferian Tyr Anne.

Shamesh means “lightning,” and as the oldest of their myths go, lightning struck the Ash tree (ShamASH and samAN, just like the music store Sam Ash) and made fire, Teaching mankind intellect by control over fire. This was covered in the discussion around IAdalbalth where you see Hadad the thundered followed by Bal the lord of fire followed by Toth of wisdom. It’s all from the same Luciferian root, light worship of the bright shiny objects. This myth itself is captured in Theia in Greek who makes things shiny and this valuable. Yes like birds, they love shiny objects. That’s why they call themselves the bird men.

This is also where the ASH-eir of Norse mythology come from who are just derivations of USHArUSH, Osiris. Ush being the same as Ash with slight vocal pronunciation changes.