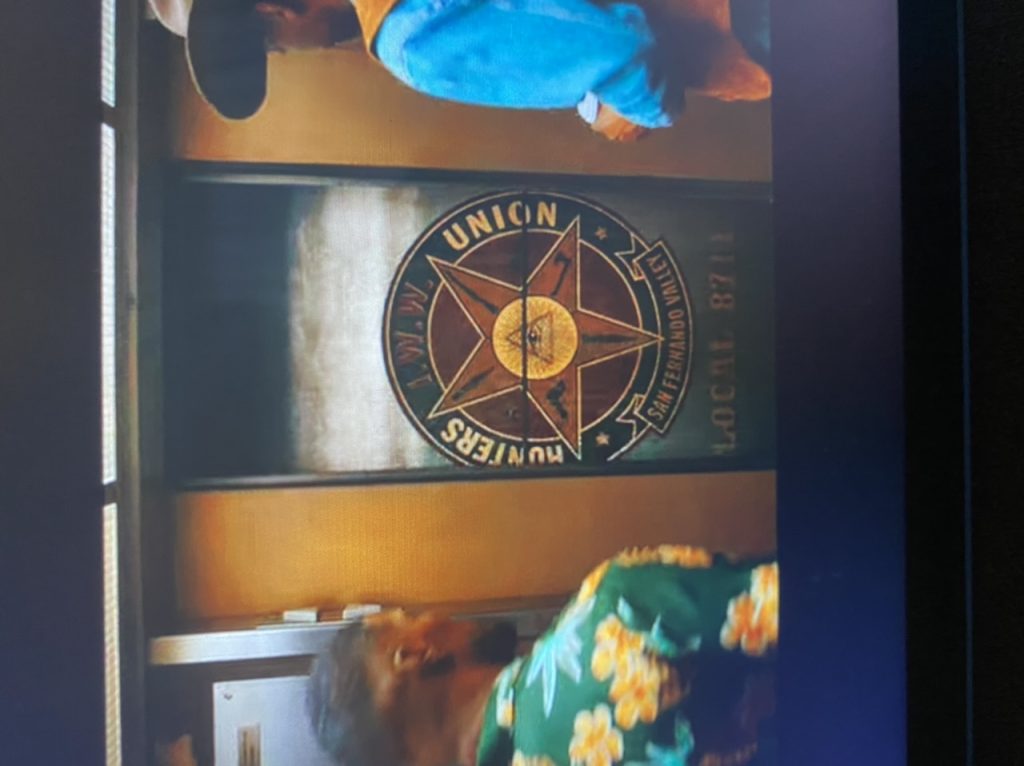 In this new film about “Vampires in the LA valley” (sound familiar?), it features a union of vampire hunters, with this being their logo: inverted pentagram with Masonic eye and pyramid in the middle. It only flashes incredibly briefly once or twice in the entire film. Throughout the run time, there are numerous other instances of occult symbolism. Like the lead vampire woman’s umbrella is a blatant octagon, flashed in the second scene of the movie.

Lol I too noticed this little symbolism thrown in on the elevator doors! I found it super interesting they added it in there because you literally never see it again the rest of the movie.

Foxx is one of those elites who has a face I just want to punch. Like every time I am forced to look at him I roll my eyes or just give a truthful label to him in my head. And the weird thing with these people is not all of them trigger me like this.

Tom Hanks does that to me. Ever since I found out how big of a pedo he is I can’t watch any of his movies or even look at him without getting sick

That movie sucked. Been a loooong time since I’ve heard Cop Killer by the guy who has played a cop on TV for the last 20 years