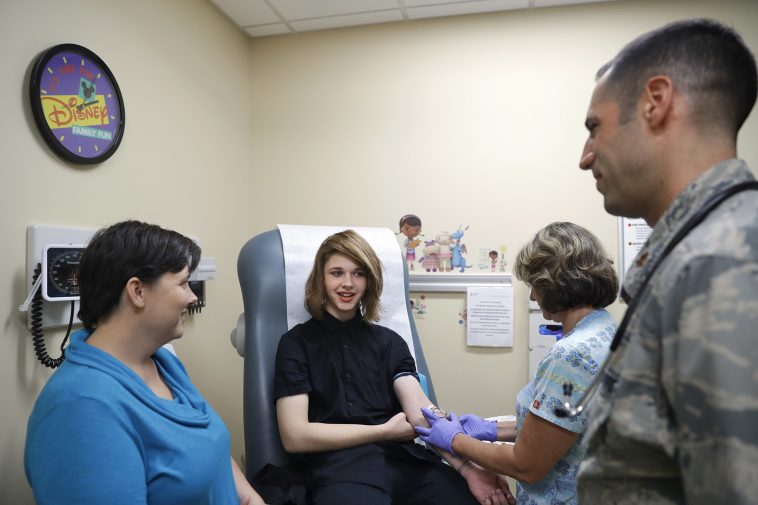 There’s enough evidence to understand that health has nothing to do with health at all. Those whose memory and attention span aren’t sick enough may remember this when they’re offered a drug.

I get that doctors are doing whatever to keep their jobs. Fine.

I blame the parents for feeding into this bull crap.

This shouldn’t be a medical procedure. Who comes up with the specific price for turning a you know what, outside in, anyways?

Doctors approve most any kind of income stream for themselves these days including murder via assisted suicides, infanticide in the form of ‘abortion’ after the baby is born and, of course, vaccinations that have now been proven to kill people.

Child castration. Evil bastards should be the ones getting mutilated not the other way around.

Check out the Disney clock in top left “It’s time for family fun”. Such messages are everywhere for those who look.

What is also very gross and dangerous, is that they use a part of the colon to make the inner portion of the fake v****a.

The procedure for a female to have a fake p***s is terrible as well, they use parts of the muscle from arms/legs, skin grafts.

I also read a story from one detrans who said the base of his p***s (just the base) stayed in,under the fake vaginal area, still gets hard in the morning, still grows hair (under the fake vaginal area). That urination is a terrible experience (that it all is) and that he has to do some kind of stretching to the fake vaginal area so that it doesn’t grow shut. If it grew shut he wouldn’t be able to urinate outside his body. So that is a sad and painful reminder of the mistake.
Parents and staff are pushing kids to make these horrible mistakes. How abusive.

A sick sad evil eugenics plan. According to “what is a woman?”, one transition costs 1.5 million dollars. The earlier you get them started, the more money.

Money is the root of all evil, and these people are evil, with money as their root system. Grounded in evil, and continually trying to grow more roots for more $$$.

Sad anyone falls for it.

The Disney clock and military fatigues are interesting bookends to the photograph.