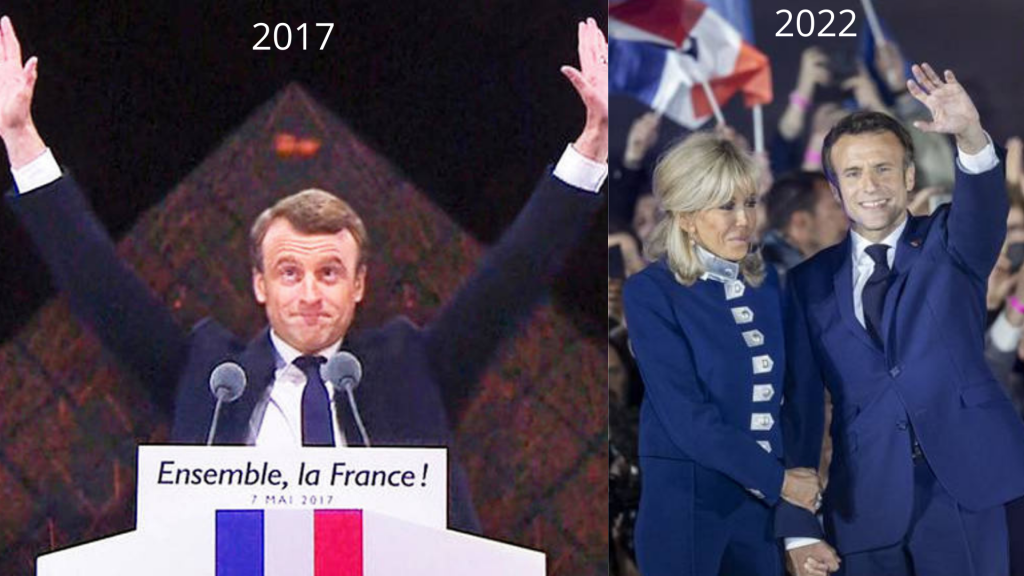 “Today we are launching a movement to refound LREM” with the aim of giving it “a new breath”, declared the general delegate of En Marche during a press conference with François Bayrou, Richard Ferrand and Édouard Philippe. . It will be a “popular party which is intended to be open” to “always make the choice of Enlightenment against obscurantism.”

This new name also allows Emmanuel Macron to convince the French that his second term will be different from the first, he who had promised on April 24, the evening of his victory, that it would be a “new era” which ” will not be the continuity of the quinquennium which is ending“.

After marching under the European anthem instead of the French anthem, the plan of destruction of France seems to take a new step

Alot going on with Macron and France recently, there definitely working towards something hidden there.