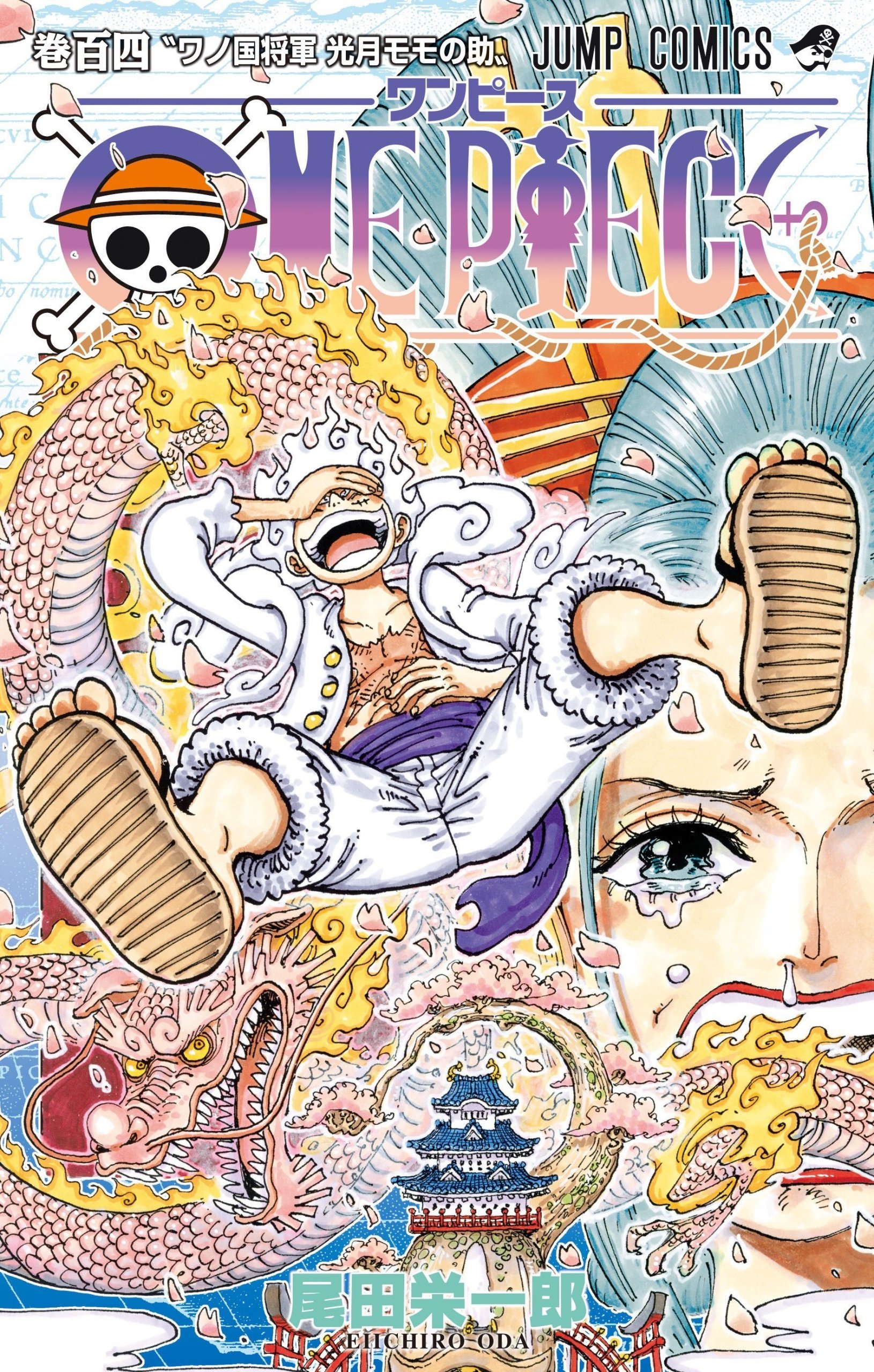 There’s no symbolism here. Just half a face.

If you think it is hidden symbolism every single time you see one eye, then you are caught up in negative, conspiratorial thought, and you need to find a balance.

I agree that it’s a sketchy manga cover. One eye, red dragon and skull and bones ( yeah I get it’s a pirate manga but we can’t ignore the occult definition of the skull and bones )

Do I see the son of the dragon with the 666 buttons on the jacket?

…and the character that is laughing has 2 pairs of eyes. Under the hand there are reptilian eyes. The 666 buttons, the dragon… It is about the antichrist.

Those are his eyebrows, which are always shaped like that and don’t look like eyes at all. His eyes are closed.

You see what you want to see, and as a result, you sound foolish.

Absolute proof that you see what you want to see.

How absurd! It’s laughable at best, and concerning at worst. The mind is a jewel, son. Grasp it. Kill your superstitious ignorance.

I am a woman, son!
And please throw this line away “kill your superstitious ignorance” you, the enlighted one, use every single time someone has other opinions or pays attention to what is happening in the world. Some of us do have children. We need to stay vigilant and bring some awareness. We are not all blind, or dumb as you suggest while you are the only one that sees truth.
… and also off with that ‘you create evil’ line. Evil is already in the world and doing a great job because there really are evil people doing evil things and happy people like you, doing some recreational smoke and saying I am ignorant, all is one, everything is fine and that I create evil. You will wake up one day. Or not!
Until then, sleep tight!

You’re creating evil where there is none. You’re deluding yourself and giving into the same illusion that cultivates the real evil in this world – ignorance.

I don’t think of myself as the only one who sees truth, that’s your own presumption of me. I simply don’t point at a kitten and call it a lion, like you superstitious folk do.

Let me make this clear (and it is self-evident) – there is no satanic, evil, or negative symbolism here.

You are ignorant and superstitious. No need to feel offended, I’m calling out what I clearly see.

… Ignorant and superstitious regarding the subject we’re speaking of. Not that you’re an ignorant person as a whole.

There’s nothing weird about it. Symbols rule the world. Even these letters are symbols. If you think symbolism is inherently evil, then that is absurd.

Little Light Studios and their holier-than-thou, superstitious diatribes concerning Anime would probably float your boat then, although they speak pure nonsense and have little understanding of religious symbolism, history, and tradition. It’s all dogmatic diatribe.

If it’s not Christian, it’s “evil” to them. That’s intellectually mundane, but to each their own.

One piece is one the richest series not only in symbolism but also in predictive programming.
This is also the most popular cartoon series in history.
Have a look at the lyrics of the last film “One piece red”, the song is called “New genesis”, just that may clear any doubts.
The story is about actual and future world events all presented in a genius way, with a deep accurate description of power pyramid, and how loffy gets to climb the 33 steps of the ladder to reach total illumination. This series requires a high IQ.
For US audience, we have The simpsons.

Frankly, y’all are just caught in superstitious foolishness. To me, this reads like something a simpleton would express. There’s little intellectual depth in your assertions.

Oda takes a great deal of influence from world mythology, spiritual life, religious tradition, and cultural philosophy – a means to formulate a compelling narrative rooted in human life. One Piece has many beautiful aspects to it. Even the darker stories are reflections of human life. Nothing evil about that.

It’s the same problem with little light studios. They can’t accept the wide range of human experience and stories teeming with symbolism and allegories, because they are confined in a box of dogma, self-righteousness, and superstition. The world is humongous, and human life and thought travels wide in all directions.

Break out of your mental box.

That hubris will come back to bite you one day

No, it really won’t. I don’t have pride. I speak loudly and bluntly against ignorance. That’s all.

I’m not offending you or your character, I’m calling out ignorance and faulty logic.

You are right Cee: “Free thinking should never be restricted because of beliefs”.
It’s not about who is right, it’s about understanding other points of view, see things from a different perspective.
The question is not whether One Piece is evil or not, it’s about if One piece is a broadcasting channel of the elites.
No need for an endless debate, “everything is hidden in plain sight”,
just watch a YouTube video called: “The World Government Explained | One Piece 101″Compare One Piece WG description with the real world.
I’m sure you are a smart person, and new connections between your neurons will be formed.
By the way, your comment: “The world is humongous, and human life and thought travels wide in all directions”, means we are all intellectuals with different brains, “pseudointellectuals” do not exist.

You are grievously incorrect.

“There is no room for small minds in a great work.”

Thought travels wide in all directions, but there is a root to the thought. Concepts, metaphors, allegories, and symbolism may differ, but they all relate to the root of thought, which is centered in truth and the Spirit. An ocean can derive many rivers, and the rivers may be sullied or gifted according to the lay of the land and its deposits, differentiating them; yet they all connect to that same source which is the ocean.

Just as nature has its inherent intelligence born from the source of all creation, so do we. It is not difficult to understand when something is illogical or generally founded on ignorance.

Obviously, there is symbolism in One Piece. But there is no satanic, evil, or negative symbolism meant to manipulate or confuse. So, yes, the question is whether OP is evil or not. That’s exactly the point of this post, to reveal evil – yet there is none.

Deep thought without clarity is as useless as clear thought without depth where intelligent discussion is concerned. Do not pretend like the majority have either, much less both. And when reason combats ignorance, there is no hubris. There’s a firmness to truth, just as there is firmness when one speaks the truth against ignorance. It is unbecoming to either remain silent or speak the truth in a sheepish manner.