Having pictures taken of oneself as an aspiring musical artist is no rarity in the age of Instagram and other social media. Still, there are certain photographs which advertise not only an artist, but a certain “culture”. In this case, there are obvious symbols perminating this singers’ loyalty and familiarity to the occult elite and its’ symbols.

In various photoshoots – namely GQ, thumbnail for the American Brut or on her Instagram, this artist keeps promoting the all-familiar Illuminati friendly and Mk Ultra symbolism. I made a list demonstrating the worst of the worst imagery (excluding the album art which will be discussed separately). 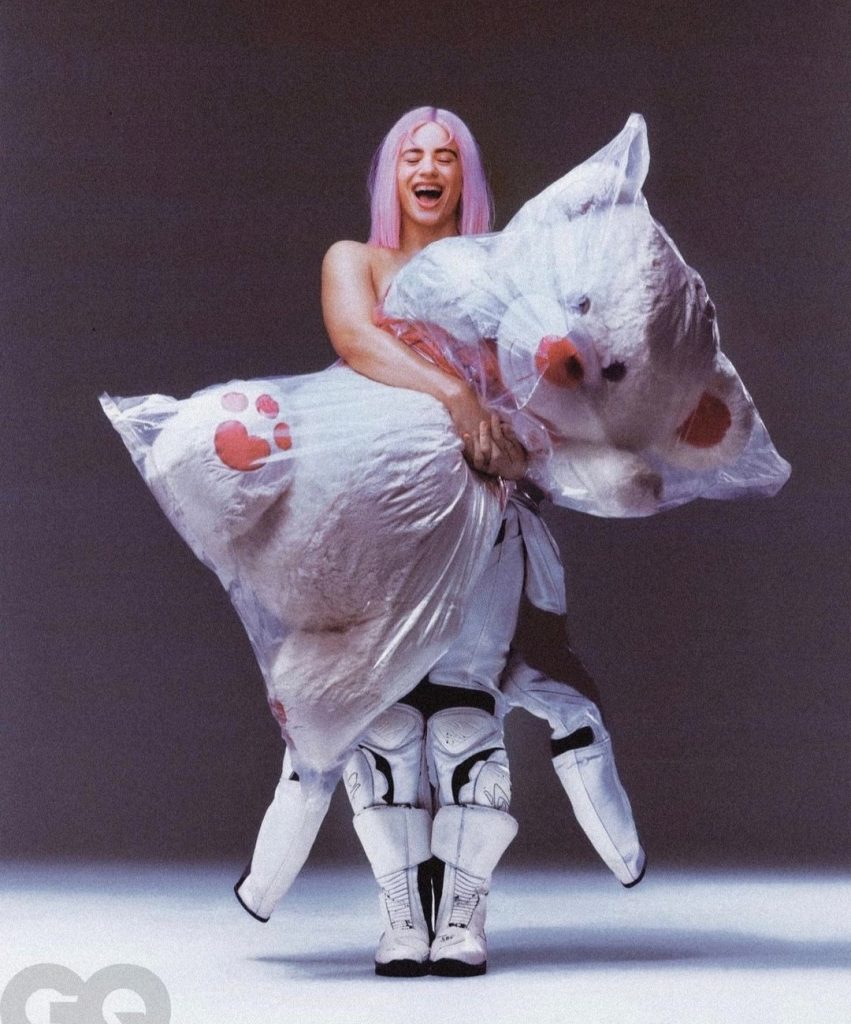 First one shows a photoshoot for GQ advertising pedophilia and entrapment of innocence as a teddy bear – a symbol of childhood is wrapped around in a suffocating plastic bag. Mk-Ultra victims dissociate  and return to childhood. 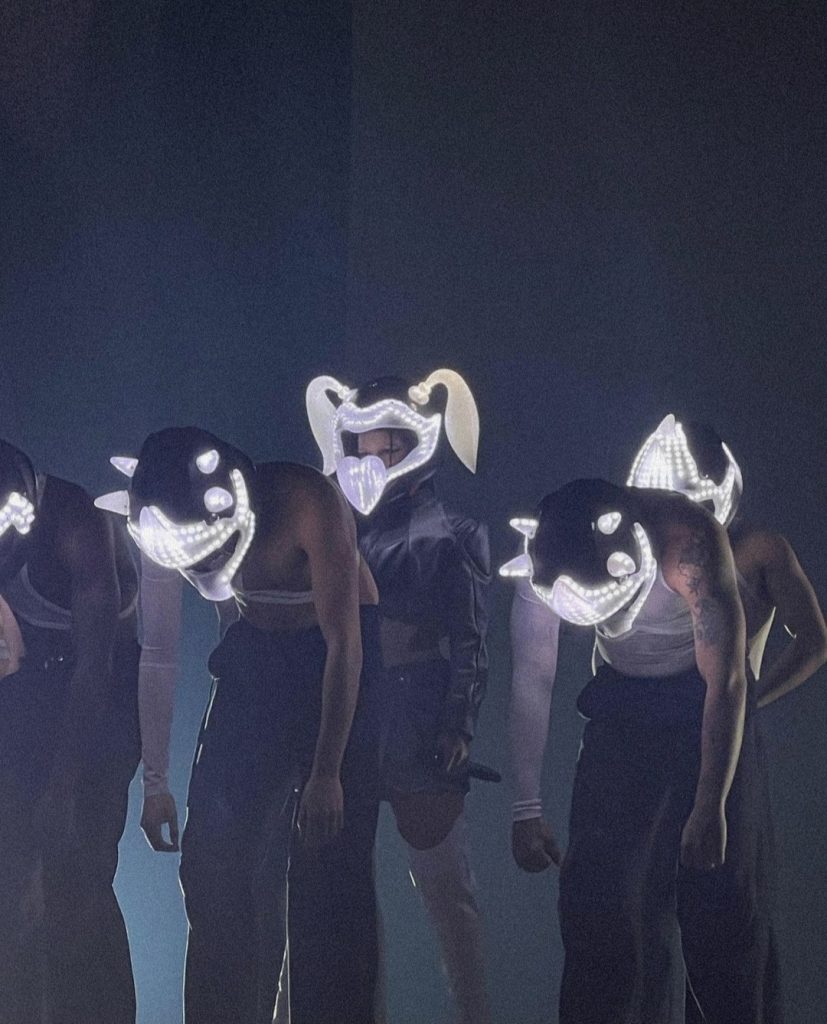 Secondly, there are people(dancers on the tour with her) wearing a biker helmet adorned with glowing horns and some spiking her “motomamí” symbol which resembles a butterfly or Baphomet-like horns. 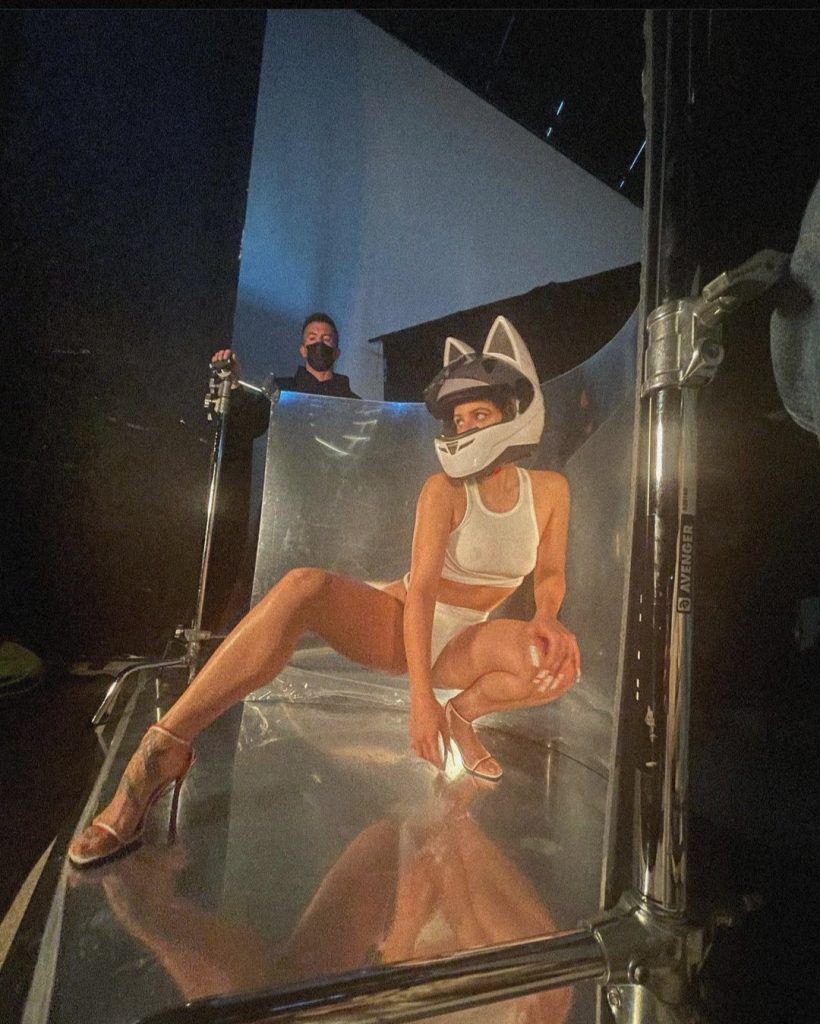 Cat ears on a helmet with oversexualization. A classic MK – Ultra example of Kitten programing. 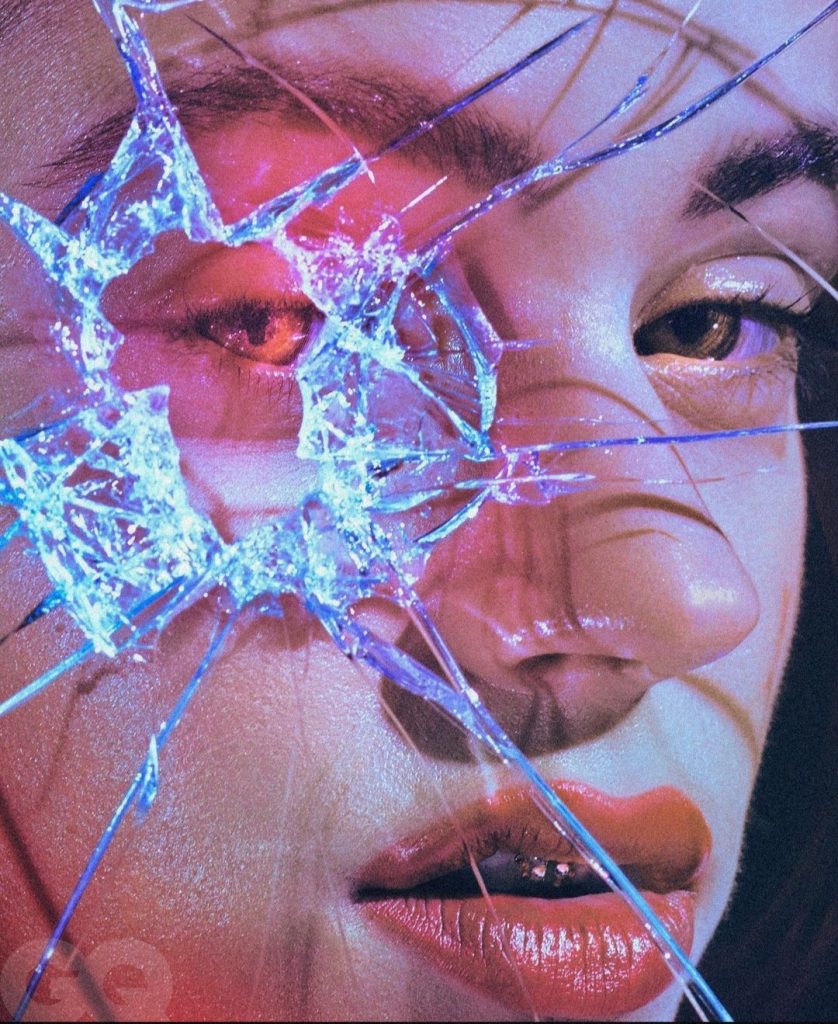 Another one is a photograph which demonstrates an eye trapped in a broken glass reminiscing the Mk Ultra symbolism. The eye is especially emphasized with it having been colored red. 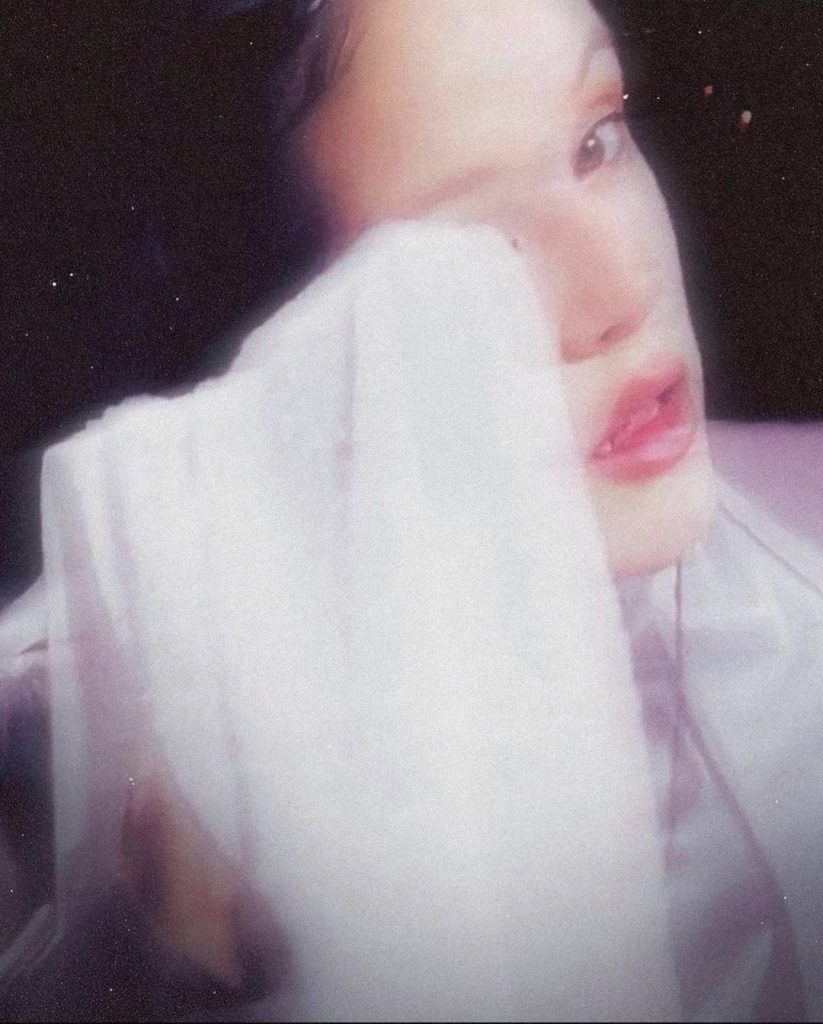 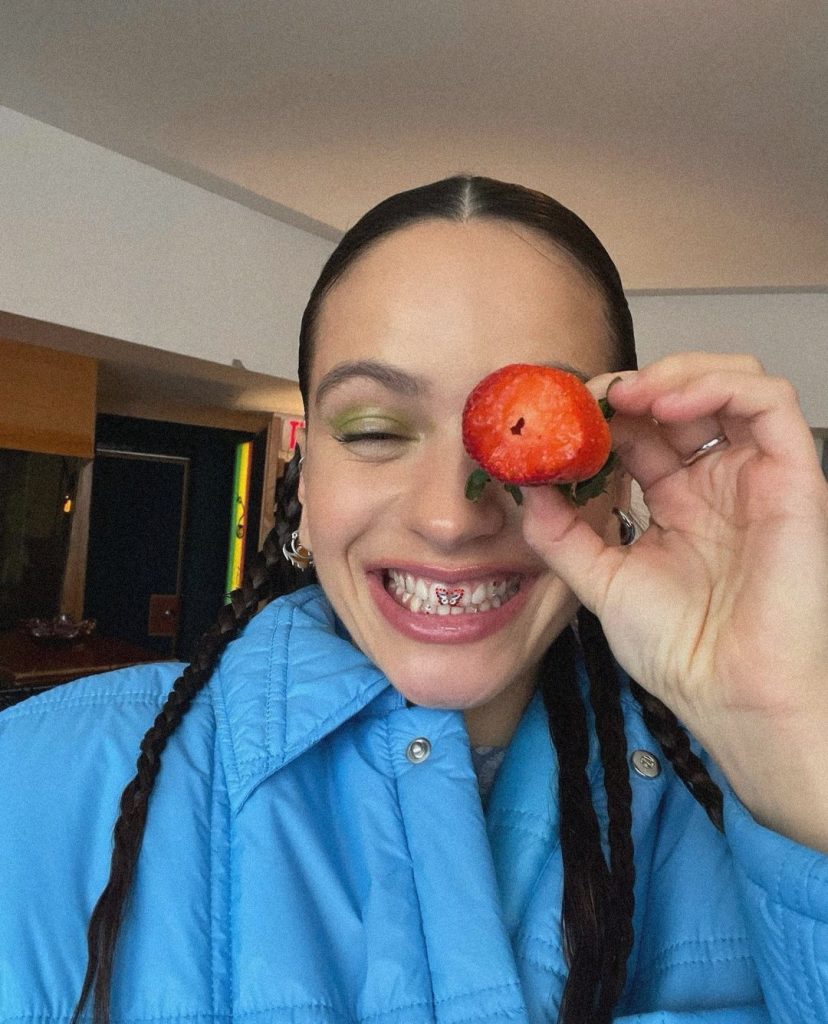 One-eye sign #3 Ha-ha she’s just having so much fun with this strawberry and HAD to put it on her one eye. 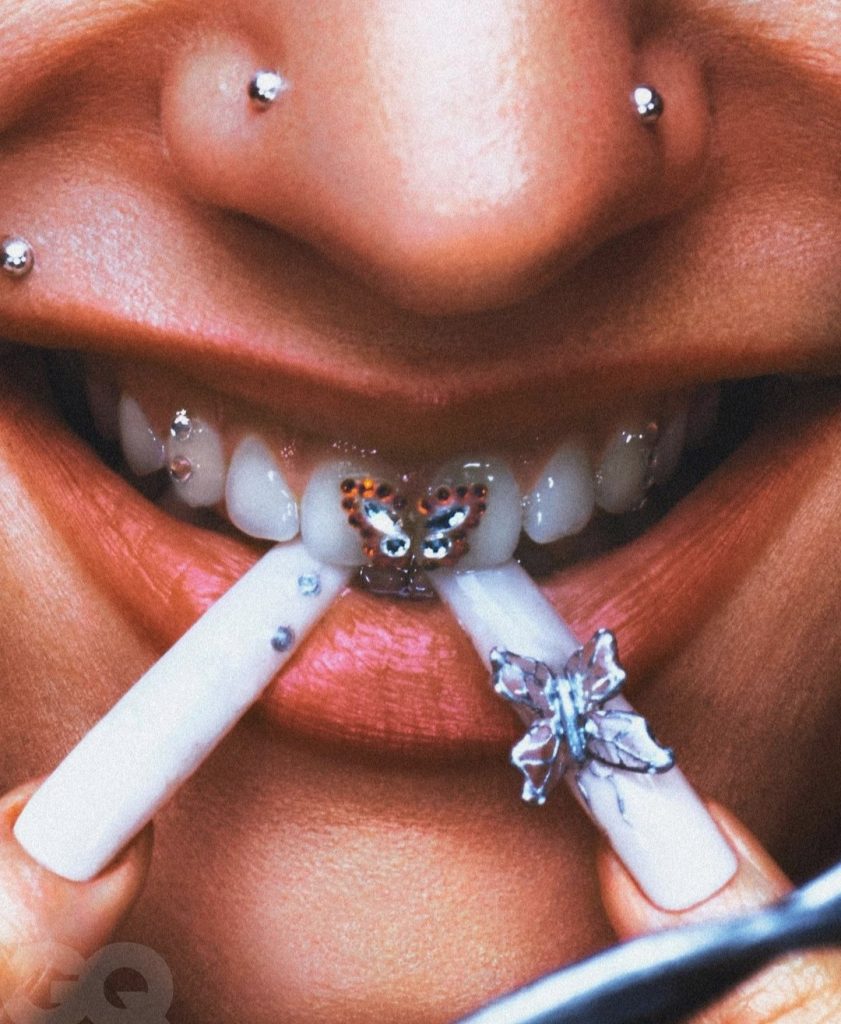 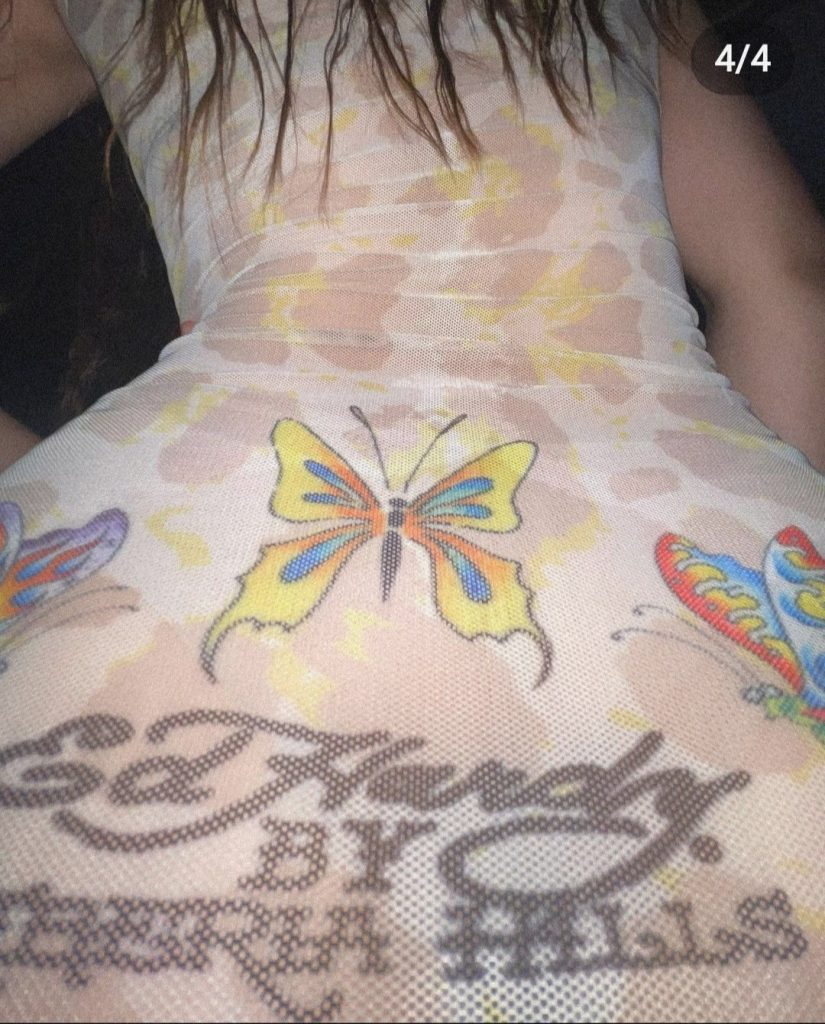 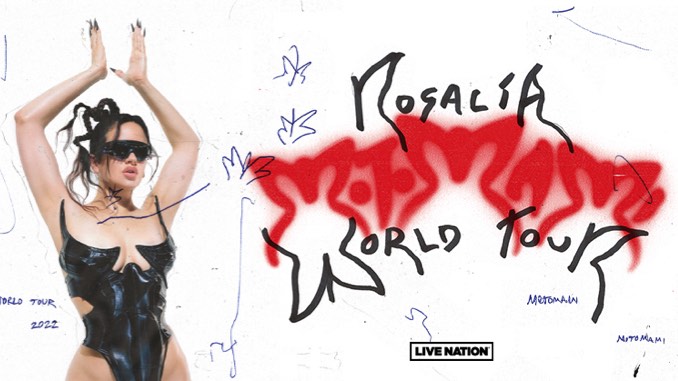 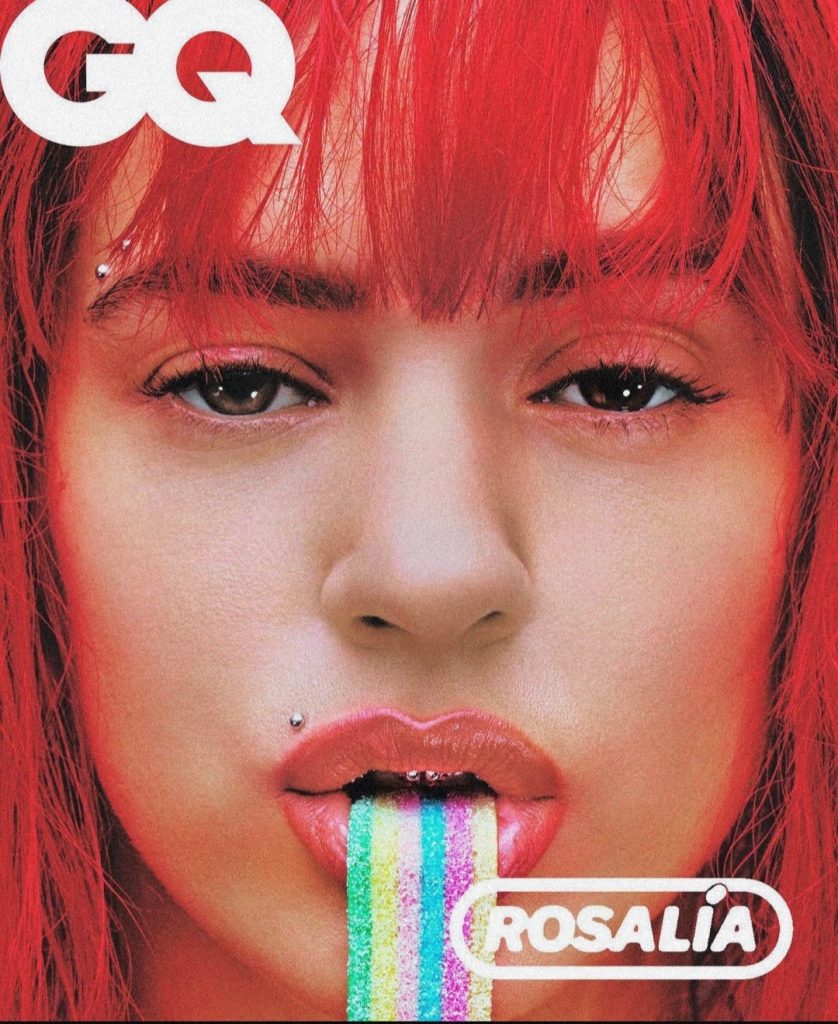 Disocciation or… – Going over the rainbow.