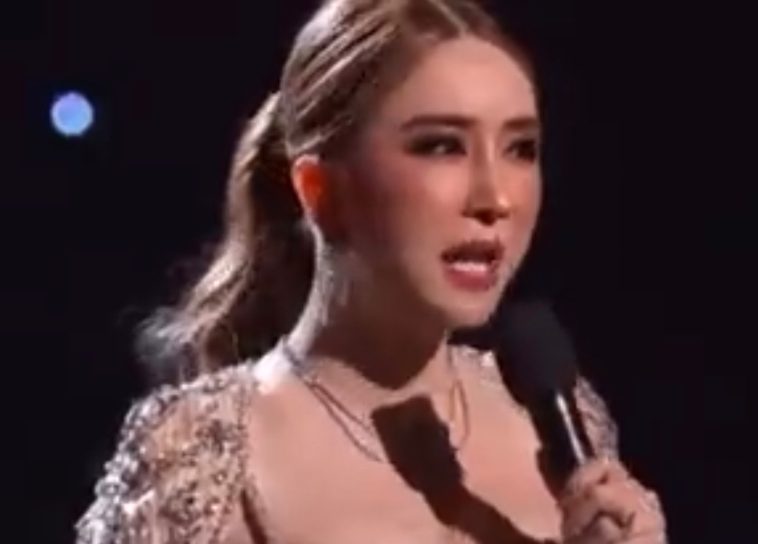 “In October, The Gateway Pundit reported that a transgender Thai businessperson and activist purchased the Miss Universe organization for $20 million. The buyer, Chakrapong “Anne” Chakrajutathib, is famous in Thailand and has appeared on several reality television shows. On stage last night at the Miss Universe pageant, Chakrajutathib said to the crowd, “Welcome to the Miss…”

He admits that they are men. They couldn’t cope with the circularity they fell into while defining woman.

a couple of comments seem to have been deleted while I was considering a reply (one called us “all n@zls”). I’m giving the reply anyway, as I’ve found some lucid voices speaking about this phenomenon currently, and have found some parallel comparisons re: the institutionalized ‘treatment’ of these specific people.

Disclaimer: I’m definitely a fan & follower of the Highest Truth, definitely not/have never been a fan or devotee of the reich; I’m of the opinion that an ugly Truth is better than a pretty lie… and it’s good to be clear.

It was called eugenics back then (TSM Hidden History: The Eugenics Record Office Is for Sale – YouTube ), and the reich didn’t burn the research (as they may have falsely claimed) they embraced it… took it & ran with it; they expanded it by many orders of magnitude, and when WWll was over, many of their ‘brightest minds’ were brought to the US & given high-level positions and high status by ‘Operation Paperclip’ (Operation Paperclip TALK Annie Jacobsen – YouTube ; Operation Paperclip w/Annie Jacobsen -Joe Rogan | The Harsh Truths – YouTube … so they could carry on propagandizing (lying to sell as benevolent/legitimate) their crimes against Humanity, mind control & physical experimentation, & developing Human-manipulation drugs as they had been for a decade with impunity; eugenics is their thing; creating “superior people” the goal. It is this foundational tenet of eugenics – sterilizing gay/homosexual people (among other “undesirables”) with increasingly excessive brutality – on display currently; weaponized medicine; propagandized medical experimentation.
“Accuse the other side of that which you are guilty.”
~Joseph Goebbels, N@zl Propaganda Minister
You can read the Nuremberg Code of medical ethics (& much more history) here: https://ahrp.org/s=nuremberg+code&tcb_sf_post_type%5B%5D=post
Which came about from the ‘Trials of War Criminals before the Nuremberg Military Tribunals’ for the riech’s inhumane treatment of those targeted in their medical/eugenics experiments & other war crimes.

For your consideration… these lucid interviewees give dynamic & considered perspectives. If you would want to rebut any of their points, I’m here to learn & find greater understanding; every person’s experience is part of the story:

I’m going to leave a complex trauma characteristics description here, just FYI – you may know someone who needs to hear this – skip to pt1 in this playlist – see if you recognize anyone you know; for anyone who experienced lack of safety – physical or emotional – in life especially early on.
Complex Trauma Sixty Characteristics Series

The essay re: the dark money behind both the ConMed marketing of trans drugs & surgery AND academic & political acquiescence really reveals the social-engineering- foundation of this entire madness; Soros is just one of many predatory sociopaths funding this, with an even more nefarious agenda below this one.. this is just one of the means to their desired ends.

In the first two links – Helen Joyce identifies th many facets of this phenomenon, including the language being so illogical that it’s impossible to talk about this… which is wanted by the promoters, so that none of the nefarious agenda behind it sees the light of day.

One more…
“…While sex non-conforming people have been found throughout human history, transgenderism’s history is less than two decades old because is a concept fundamentally dependent on and spread by twentieth-century medical and digital technologies: cosmetic surgery, synthetic hormones, and the Internet….
It is an old cliché of journalism that “sunlight is the best disinfectant”—that is, that fact-finding and truth-telling are fundamentally healthy for the body politic. But light, transparency, clarity—yes, Enlightenment values—is the only way out of the darkness that has captured so many of us….“
https://wesleyyang.substack.com/p/the-glass-delusion-and-transgenderism
*So many great comments here too*

The ratings will plummet …

They’re all men and they’ve all been men for a long time now. Temple prostitutes, the lot of them.