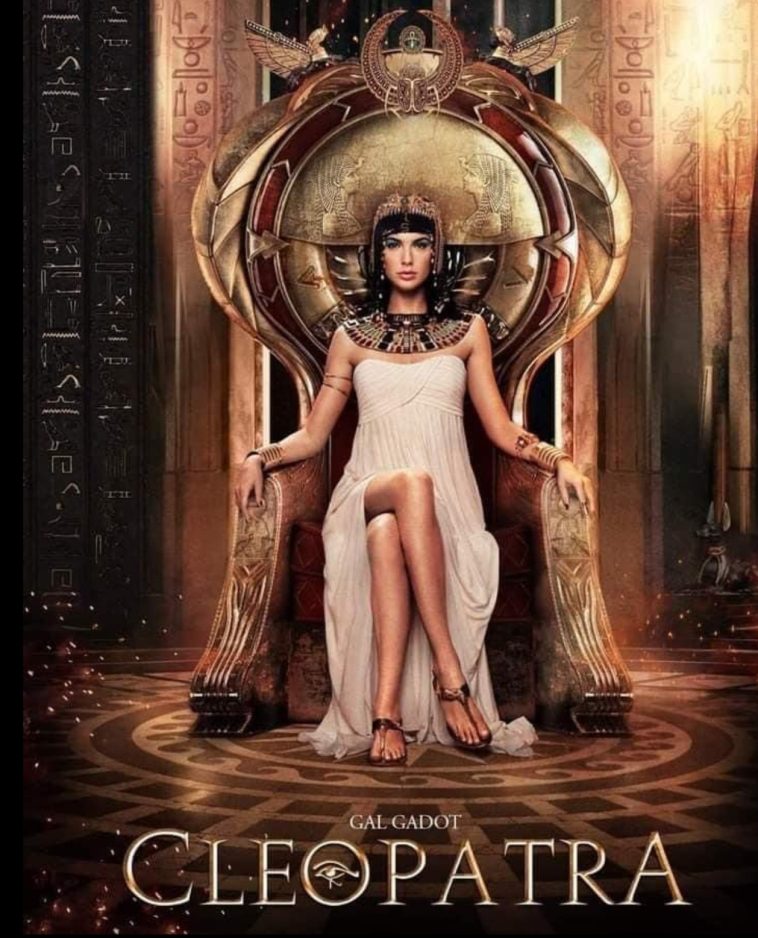 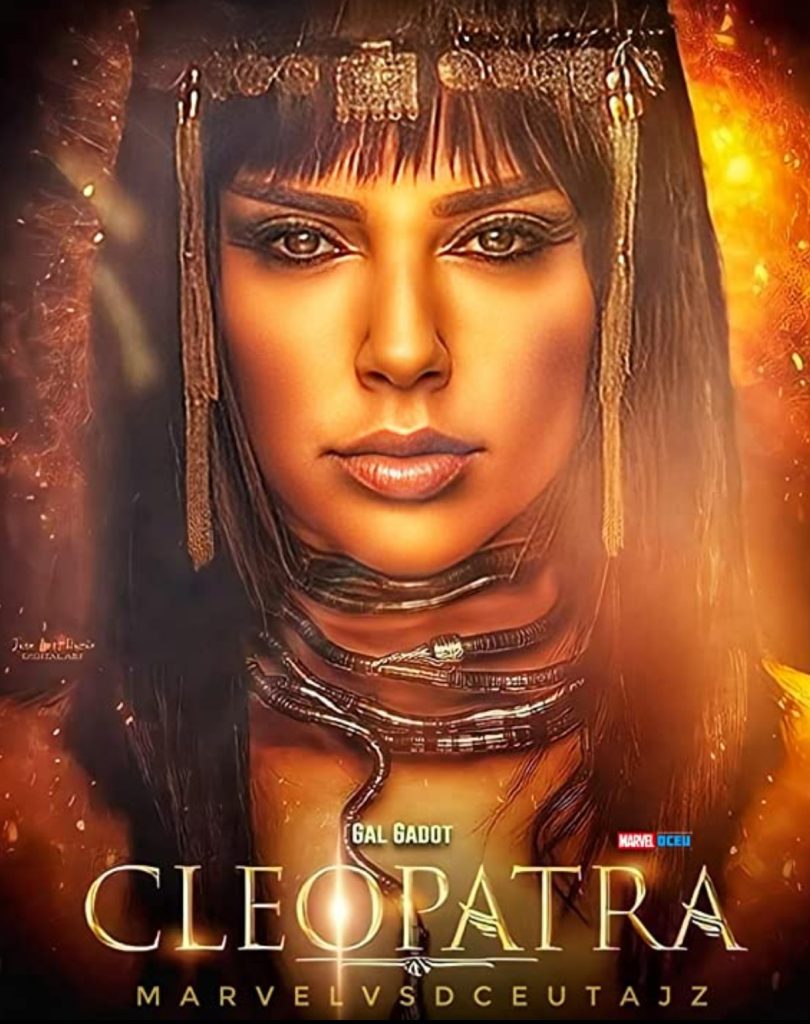 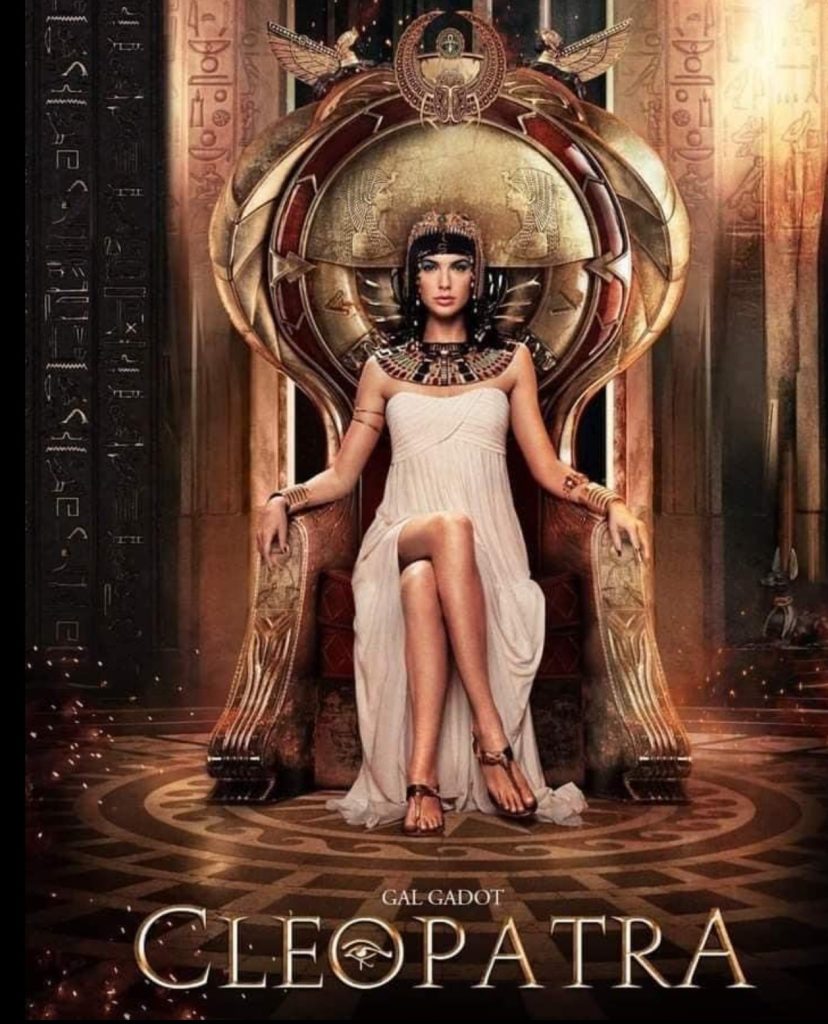 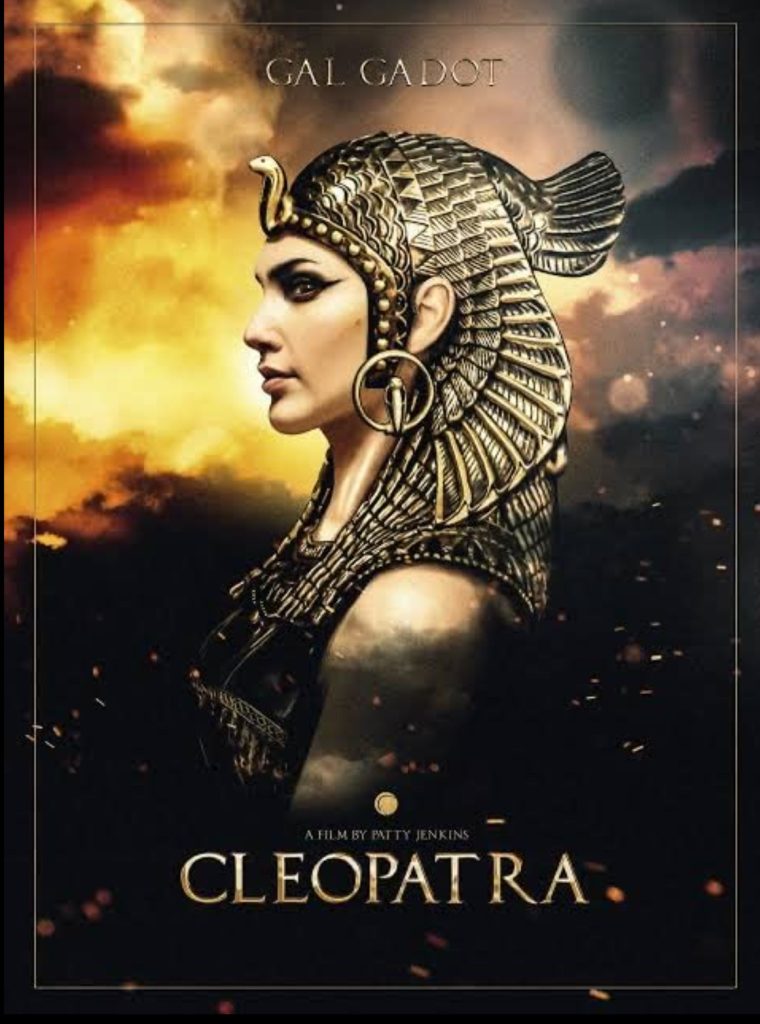 I thought Cleopatra was African…..

Exactly. Plus they have a man in drag playing one of the most inbred queens ever preserved in history.

Gal gadot is a woman even by DNA.

If you did your research you would see she is androgynous.

“Androgyny” isn’t a gender. She’s a woman, and there’s no “research” that says otherwise.

“Diana sometimes has a boyish appearance; her twin Apollo can also have an androgynous appearance.”

Anybody playing a super woman / goddess is suspect. Stop being led by your genitals.

Morpheus: The Matrix is a system, Neo. That system is our enemy. But when you’re inside, you look around, what do you see? Businessmen, teachers, lawyers, carpenters. The very minds of the people we are trying to save. But until we do, these people are still a part of that system and that makes them our enemy. You have to understand, most of these people are not ready to be unplugged. And many of them are so inured, so hopelessly dependent on the system, that they will fight to protect it.

Neo’s eyes suddenly wander towards a woman in a red dress.

Morpheus: Were you listening to me, Neo? Or were you looking at the woman in the red dress?

Morpheus: [gestures with one hand] Look again.
The woman in the red dress is now Agent Smith, pointing a gun at Neo’s head;

Morpheus: Freeze it.
Everybody and everything besides Neo and Morpheus freezes in time.

Neo: This… this isn’t the Matrix?

Morpheus: No. It is another training program designed to teach you one thing: if you are not one of us, you are one of them.

“The woman in the red dress is now Agent Smith, pointing a gun at Neo’s head.”

Pay attention to the people they hang out with and the content they frequently make. 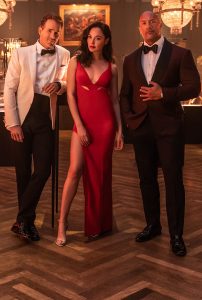 All three of them are suspect gender benders.

Yes, female to male trans can get super ripped with s******s.

Here is more on Wonder Woman and the Divine Androgyne:

“Deities often transform or take the different gender than their original one – in the Greco-Roman mythology Jupiter/Zeus transforms into Diana/Artemis in order to seduce one of her nymphs.”

In Plato’s “Symposium” of love being the pursuit of the whole and: “Once upon a time our anatomy was quite different from what it is now. In the first place there were not merely two sexes as there are now, male and female, but three, and the third was a combination of the other two. This sex itself has disappeared but its name, androgynous, survives. At that time the androgynous sex was distinct in form and name, having physical features from both the male and the female, but only the name now exists, and that as a term of insult. (…) They were awesome in strength and might, and their ambition was great too. They made an assault on the gods, and what Homer says about Ephialtes and Otus is said about these too, that they tried to make an ascent to heaven in order to attack the gods. Zeus and the other gods deliberated about what they should do but found no solution. They could hardly kill them and annihilate the whole race with thunderbolts as they had the giants, for then they would be putting an end also to the worship and sacrifices they received from human beings, but neither could they put up with their insolence. After much hard thought Zeus delivered his conclusion. ‘I think I have a plan’, he said, ‘that will allow humans to exist but at the same time put an end to their outrageous behaviour by making them weaker. For the present I shall split each one of them in half, and that will make them weaker, and at the same time they will be more useful to us by being greater in number. They will walk upright on two legs, and if they persist in their insolence and refuse to keep quiet I will split them in half again, and they will have to hop about on one leg only.”

“The final goal of Tantrism is to reunite the two polar principles, Shiva and Shakti, in ones own body.” – “Mephistopheles and The Androgyne”, Mircea Eliade

Puer Aeternus is an image of the unity of the both masculine and feminine. He looks like a man but is barely differentiated, his features are still in many ways, soft, his bones are lean and narrow, his muscles elongated, he lacks a beard and if someone were to put make up on him or give him a long hair, he could easily pass for a girl. Venus is connected to refinement, and we generally, relate graceful and beautiful as opposed to powerful and penetrative to the feminine. The effeminate youth is a young man that has virility and strength, but it not being authoritative, lustful or predatory as raw virility or strength may often appear.

Apollo, who, in the West has become a whole metaphor for masculine beauty, and Michelangelo’s David who appears to take Apollo’s image, is depicted with beautiful and elongated muscles, instead of broad ones, and Apollo’s dominion includes much of what mainstream culture may consider feminine such are poetry, music, beauty, healing or prophecy. An average macho boasting of his strength will easily pejoratively label those interests or fields as “gay“.

Muslims describe Prophet Muhammed to have had gentle features as well. Although Muslims cannot paint images of the Prophet, he is said to have had almond eyes, long hair that even reached his navel, that he was of medium height, that he had rosy cheeks and curved eyebrows. 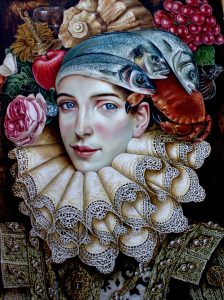 Man, believe what you want, but I will continue calling this batshit crazy and delusional – with all due respect. To say that Ryan Reynolds and the Rock are biological females, and that Gal Gadot is a biological male, is absolutely insane.

Yeah, I don’t believe that either, but they are certainly ticket takers

That quote by Mircea Eliade is referring to the alchemical work of raising the Kundalini – Shiva/Shakti in union.

This is pseudointellectualism. You’re creating your own narrative surrounding these metaphors, symbolism, and allegories, as opposed to having an understanding of them. We, as human beings, have masculine and feminine qualities, whether male or female. All of existence is dependent on that principle of gender, and it manifests itself in various ways, including androgynously. That’s nature. It’s natural law.

When there is a gender confusing agenda, it is plain to see. They’ve been showing us blatantly for the last decade. It is absurd to claim that they are hiding it, and to assert that an obvious male or female is the opposite sex. They take what is natural within us and lead us to believe it is unnatural, causing those brainwashed by the agenda to question their identities. If everyone were in tune with themselves and their energy, then not even the androgynous would be brainwashed into such a thing.

That’s the point of that quote above referring to the union of Shiva/Shakti. Men have feminine energy just as women have masculine energy – to various degrees. There is no exception to that rule.

She was actually of Greek origin, not Egyptian.

Oh my
Reply to  Rosey

She was of Macedonian Greek decent but born in Egypt

Egypt IS IN Africa…

I always noticed these actors love dissociating as elites in different parts of history. They have an entire genre dedicated to dysfunctional royals. I recently was recommended a series about consort Kosem Sultan in Turkish since I did watch some about Empress Nara Ruyi in Chinese.

You see them playing ancestors all the time. In a fallen world, it only makes sense that the most evil and their minions are on top. It’s been that way throughout history.

How fitting a jew playing an Egyptian. Moses would be infuriated!

Moses himself was raised as Egyptian royalty, read the Bible. He was adopted by an Egyptian Princess and saved from the massacre of jewish male babies. Moses is not a racist also, though He did advocate for the JEws to separate themselves from the idolatries of other nations.

Gal is no gal.

Interesting how the highest paid actress in the world ends up being a Jewish spy for Israel.