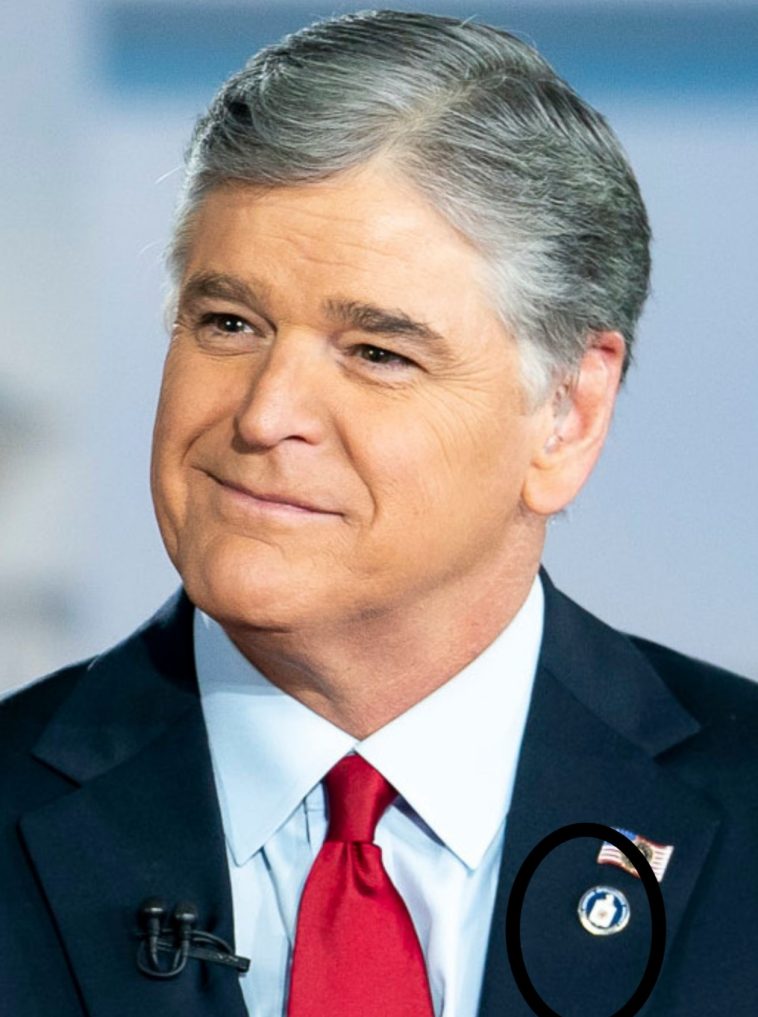 Is he publicly wearing a CIA pin? 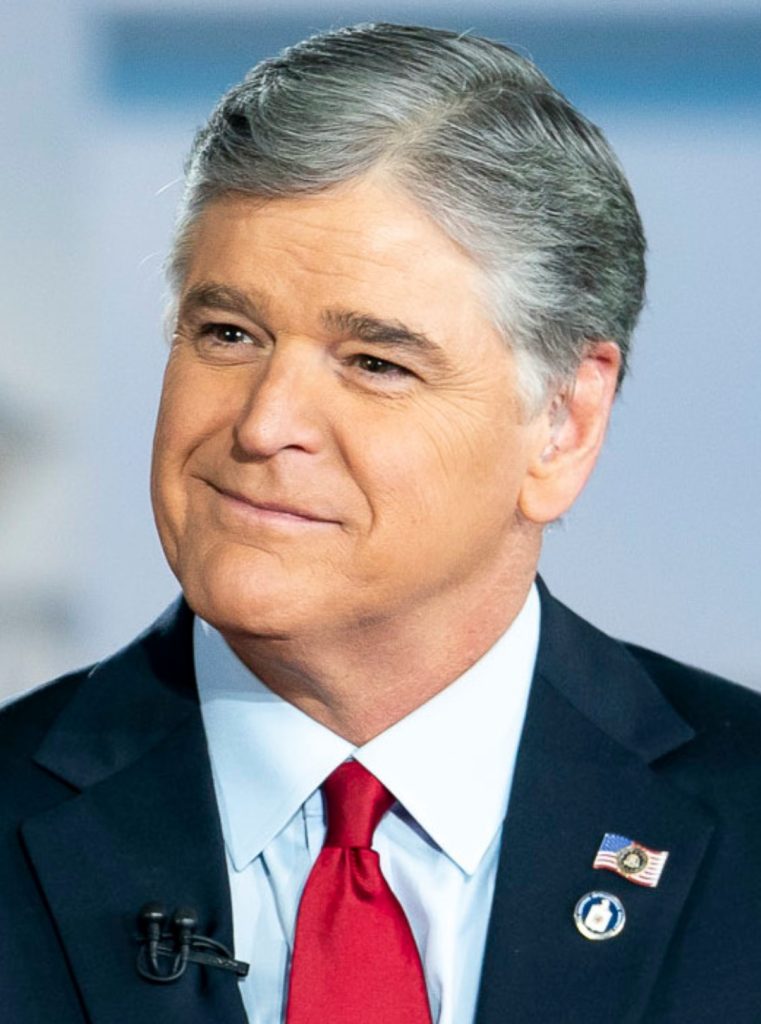 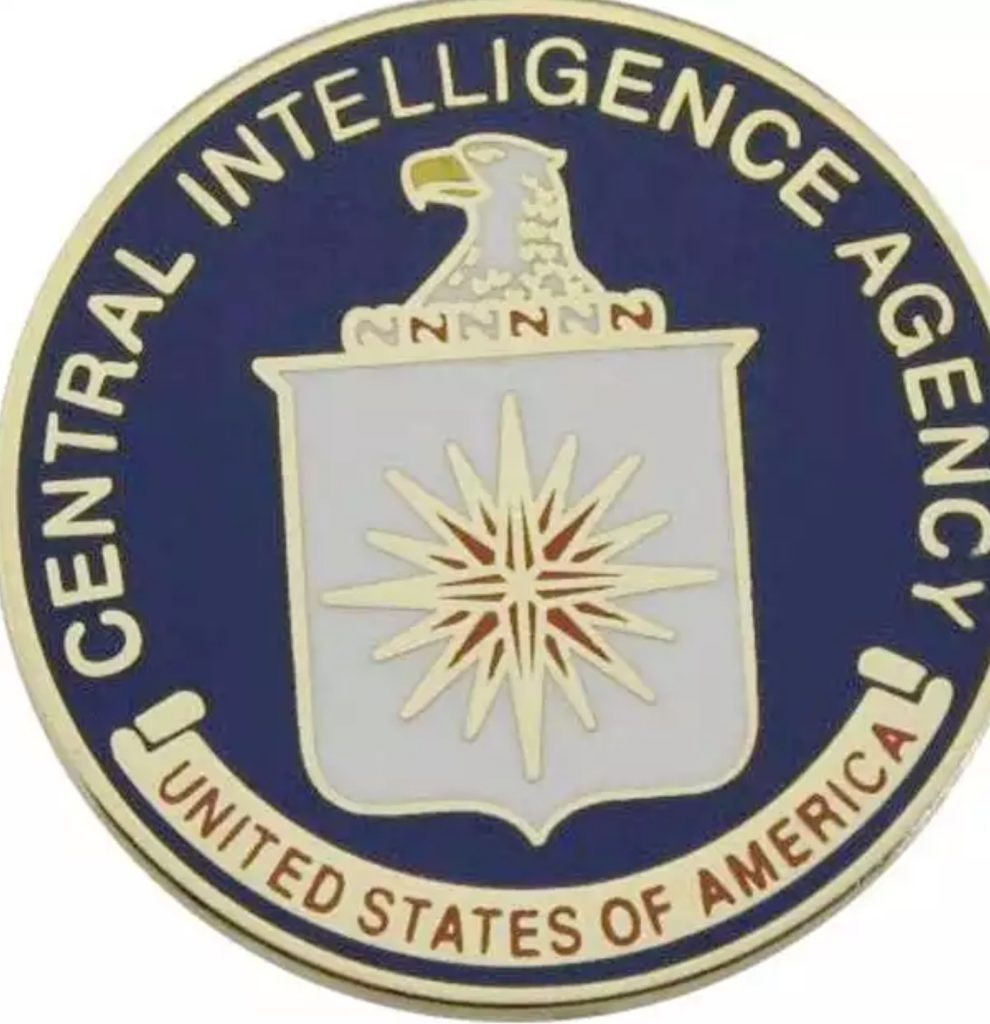 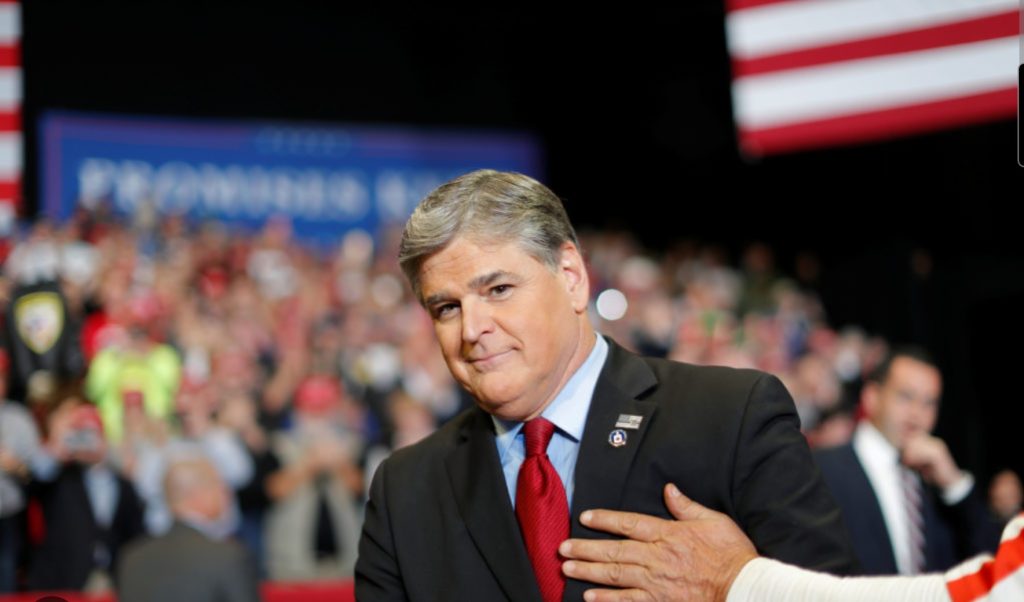 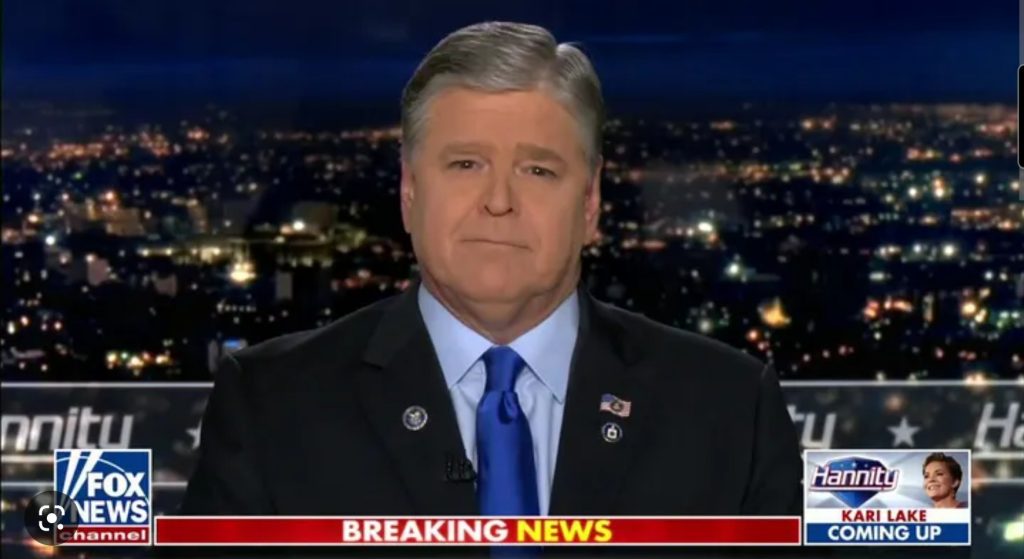 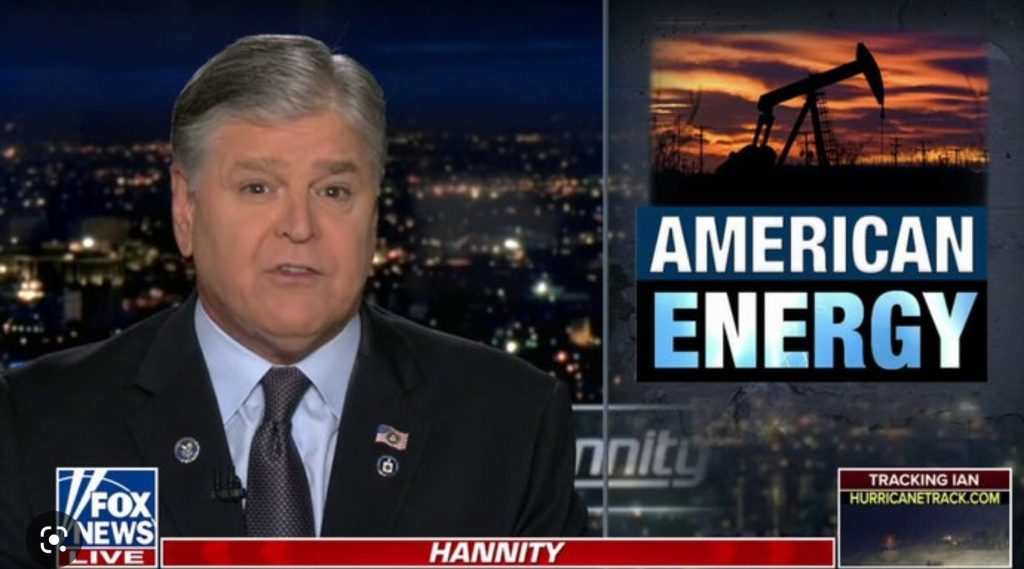 Operation mockingbird… I knew he was an asset due to his lengthy career but shocked he has the balls to display it in public. This lack of giving a fu(k is what astonishes me.

Yes, they do it as subtly as possible but they HAVE to tell us what they’re up to, whether we’re actually paying attention or not. That way they can say they have our consent!

Actually you are right but the deeper reason is because this is a spiritual experience and God gave us FREE WILL. NO ONE CAN TAKE IT AWAY FROM US. We have to give our consent. Now, the dark side knows this but can use any wily sneaking subterfuge to get you to go along with it. Manipulative wording, veiled symbolism, fear tactics, outright lies. In the Bible KJV it says, John 8:44

44 Ye are of your father the devil, and the lusts of your father ye will do. He was a murderer from the beginning, and abode not in the truth, because there is no truth in him. When he speaketh a lie, he speaketh of his own: for he is a liar, and the father of it.

THIS is why we have to have spiritual DISCERNMENT and to use the brain God gave us to THINK and if it feels wrong, you don’t do it. We are to trust God instead. So the dark side does have to coerce you into accepting and going along with their plans, otherwise they have no power. REALLY. You and I have all the power we need to overcome evil. The image of God is within us. It is when we bow to evil or go along with it that they win and we lose. God in you is stronger than any appearance of lack or evil.

We just have to wake up.

Remember that “veiled symbolism” and outright lies are allowed and what the dark side does to get you to along, because then it’s of your OWN FREE WILL if you capitulate. They laugh and laugh, their thinking is, “it’s not our fault you’re too stupid not to see what we are clearly showing you”. This is why we are told thru the Simpsons tv show, Bill Gates depopulation TED talks, Psaki even saying, “it’s a PLAN-demic” and on and on.

We have more say so than we may like to admit to. It’s because then we are responsible for the actions we take. We can’t point the finger if we made the decisions that got us into the mess that we experience in our own lives. But knowing this, gives us all the power we need to make changes!

How do we do this? We repent and go back to what works. God’s laws were meant to guide us. We are meant to be happy. He put us in a proverbial Paradise. It really is up to us. “God is within”, the Bible teaches us. God is within. God bless you.

*Click on this image to enlarge for details. This is David Rockefeller saying the obvious and letting us know what they have planned but it is “veiled symbolism” and he’s laughing about it. This is not a “conspiracy theory” – that is just a term the CIA created to cast derision onto anyone who questioned the government’s involvement in JFK’s assassination. Sort of sounds like 9/11. Get it? Wakey, wakey. 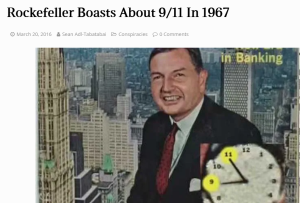 All anyone has to do is listen to Hannity. He puffs up, he rants but he never crosses the line. No, he stays relevant to the audience they want to reach but also never “goes there”. This is also why no one ever kept their careers on FAUX NEWS who did speak out. Look, there was Trish Regan, Lou Dobbs, Judge Jeanne and others who got let go for not “mousying down” and staying the course. Even Tucker does it. Anyway with a brain can see it if you don’t just comply and swallow their “fair and balanced” narrative. CNN is a programmer, all of them are. YES even the so called “conservative news shows”. NO ONE, but NO ONE will stay on air if you go against the “approved narrative”. There is so much. Do yourself a favor, search (use duckduckgo or brave or startpage, NOT GOOGLE) for Yuri Bezmenov. Maybe start with his, “warning to America” video or the hilarious, “Feminists and Useful Idiots” to see what reality is and what the real agenda is. We are at war and have been. We have been infiltrated. This is why we have censorship now online and on youtube, etc. Believe it. Do your own research. Don’t just fall in line. God is not done with America yet, we have a spiritual blessing over us for the way we were founded. God bless you to wake up.

*click on image to read details. This is us right now. Weakened but if we admit where we have gone wrong, we can learn from our mistakes and take our Country back. But only with God’s help.

And who can forget the 2nd largest shareholder of FAUX NEWS? Who once said, “A strong American government is not good for us”? Who (along with Jack Dorsey) owned more of Twitter than anyone else at one time? Who also financed Obama’s Harvard education? Who was seen in pictures with Obama in his college early days? Think there is not a connection? Remember his taunts to Trump online? Alwaleed bin Lal. 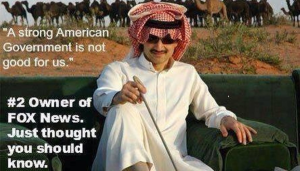 *Click on this about Prince Alwaleed and his cozy long, long relationship with obama our kenyan fraud of a president. I’ll try to find the pictures. Go ahead, read it. Wake up. FAUX news has always been “controlled opposition”. The ONLY reason people refuse to see this is, as Mark Twain once said, “It’s easier to fool people than to convince them that they have been fooled.” The reason is people don’t like to admit their ego is wrong or that they made a stupid mistake. We all make mistakes. It takes a bigger person to admit when he’s wrong. God bless us to wake up and to turn back to what works, God in our lives and living as He asks.

My posts on this will appear out of order so keep that in mind. It is the content that is important. Amirite? This is Prince Alwaleed bin Lal in his early days with Obama. Click on image to enlarge. 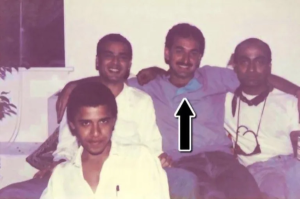 Prince Alwaleed bin Lal, 2nd largest shareholder of FAUX NEWS who financed obama’s harvard education and the Islamic studies program at harvard. See below for more pictures that will help you understand the agenda. God bless us to wake up and take our Country back. Obama is still giving orders behind the scenes and I am sure Valerie Jarrett still lives with him in DC. She’s his handler to make sure he does things right and “Susan Rice” was obama’s college roommate. (yeah, that’s right). She’s the shadow in the WH reporting back to obama. (*flies away) Wakey, wakey. 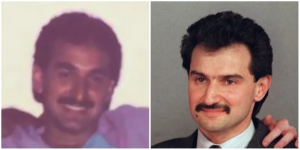 The “shadow” in the WH. The following posts are going to be in reverse because that is the way this site handles that, if these stay up. God bless. Keep an open mind but not so open that your brain falls out – look up “45 Goals of Communism” or look up, “Yuri Bezmenov” using startpage or duckduckgo or brave. Do not use google as they censor 100%. God bless America.

I’ve seen transition pictures like this with Obama to Bin Ladin as well,pretty scary…Got my Yuri “Deception Was My Job” dvd in my collection. Good info Jason!!

of course, its fox, the entirety of it and any other mainstream news are tools for them