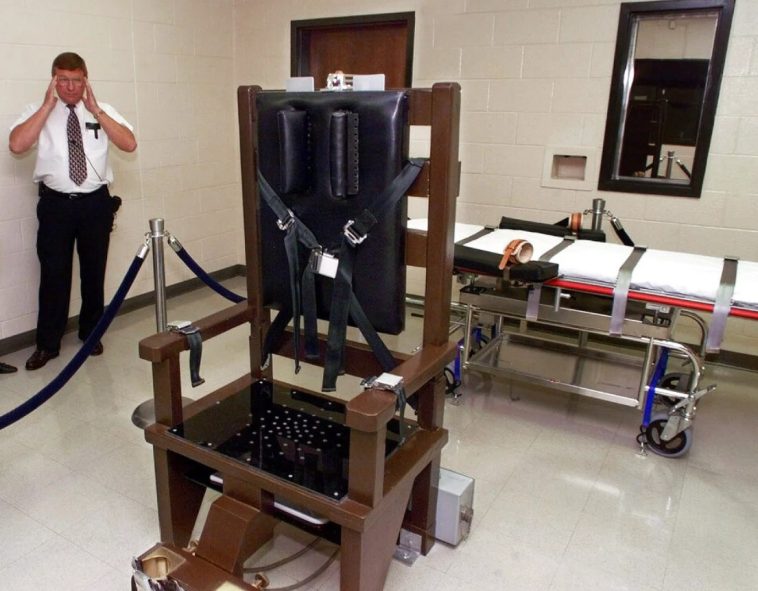 “Calls for diversity on campuses and in Main Street businesses and banning hate speech, even that protected by the First Amendment , are no longer issues to fight over for college students.

Now, it’s a reason for the electric chair .”

“…when it comes to speech, nearly half believe the death penalty is OK to shoot down hate speech.”

Look at the graph in the article for the rest of the breakdown of polled responses.

67% demand professors and companies declare a commitment to “diversity.”
48% are OK with the death penalty to punish those accused of hate speech.
51% agree that colleges can bar some issues from being discussed.
33% prefer socialism, 33% capitalism, and 35% are unsure.

This echo chamber will ensure that opposing voices will not be heard by the vast majority, which makes the outcome guaranteed. The question is not socialism vs capitalism as both forms of government have been fully corrupted. The same dragons will rule over either system and enslave just the same. Lift your focus higher – this is a distraction. They want to keep your focus on feeling your way between the trees so you miss the forest – zoom out and really SEE.

This is the fully indoctrinated generation who will, in the name of “diversity” and “love” happily murder those who do not bow down to the Luciferian Iron Jaws, and they will call it righteousness. Speak now, as loudly as you can, shine the True Light (not the false illumination that blinds) while there is still time, so that those who may hear, will. Those who don’t or won’t hear the truth will fall for the ultimate lie.

REVELATION 13:15
AMPC
And he is permitted [also] to impart the breath of life into the beast’s image, so that the statue of the beast could actually talk and cause to be put to death those who would not bow down and worship the image of the beast. (He cannot create the breath of life, but he lures and seduces individuals to forfeit their own and lend it to the beast by entering into this system of communication, both with AI/Lucifer and with fellow men.)

Many believe that the time that the Bible talks about is now with this generation:
Mark 13:19 For in those days shall be affliction, such as was not from the beginning of the creation which God created unto this time, neither shall be. And except that the Lord had shortened those days, no flesh should be saved: but for the elect’s sake, whom he hath chosen, he hath shortened the days. And then if any man shall say to you, Lo, here is Christ; or, lo, he is there; believe him not: For false Christs and false prophets shall rise, and shall shew signs and wonders, to seduce, if it were possible, even the elect. But take ye heed: behold, I have foretold you all things.

It has not yet come into fullness but it will soon. These students will soon be placed into positions of further mentoring, then will assume their positions of authority and influence in law, media, education, politics, medicine and they will be more openly ruthless than the last and their weavings will cloak the full cloth of their ruthlessness as righteousness before the masses. The masses will see the beautiful cloak of many colors and miss/not care/rejoice that it is soaked in innocent blood. We already see these seeds amongst the population, some already are fully established plants – these are the ones training these new leaders.
Right now, the anger has been established, but the broad spread of the full plant is not yet strong.

This is how it begins, with the soft, humorous hand (remember jazz hands?). They labeled applause as “violence” and changed the way the masses show approbation.

Then, they equated speech to “violence” and gave another soft set of responses as alternatives.

Those alternatives will continue to morph into great rage as they simmer the pot of anger through their false flags and demonizing of people who can see and hear – they are creating the frightful Frankenstein’s Monster and whipping the mob into a slow frenzy, building up energy for the outrage they plan that will be the tipping point. There are some already at this point, but many are not prepared to commit violence to silence just yet.

These students will be amongst those who will encode it into law.

Watch how Beto says, “Bye, bye, buddy…” and his minions obediently (albeit weakly) crowdsurf the man from his presence (then congratulate themselves on their peaceful demonstration of silencing – jazz hands).

There is pure hatred in the hearts of these youths. This is absurd. No one deserves to die for what they speak. This is truly Orwellian.

I’ll keep talking freely, sorry in advance if that bothers you snowflakes.

The socialist professors are doing a great job conditioning the young minds.

Its hilarious they fight hate with hate.

Hypocrisy is the greatest threat in the 20th century. – Padre Pio