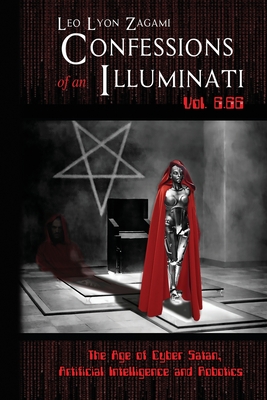 Some notes on the book Cyber Satan recommended on the site.

It’s curious you recommended this book when he has some rather harsh things to say about the Annunaki in particular.

He loves Trump and Alex Jones so there is something off about him but there is a lot of interesting things in the book. A lot of exhaustive background into upper echelon Vatican affairs and Jesuits.

And the 5th angel sounded and I saw a star fall from Heaven unto the earth and to him was given the key to the bottomless pit.

He opens the abyss with a key – according to Crowley’s Thelemic mysticism so dear to the illuminatti, the Abyss is the great gulf or void between the phenomenal world of manifestation and its noumenal source.

The Crossing of the Abyss seen it portrayed in many movies and books.

Annihilation of humans as an eternal lifeform. As a human, if you die, your body can still be resurrected to eternal life. He claims the Anunnaki’s plan which is clearly outlined in the scriptures among other places, is to remove humanities eternal life – he says “They are not our Friends”

According to Sumerian texts Enki, an Anunnaki, travels to Nibiru, Enlil’s city (also an Annunaki) and they get totally drunk. In this account Nibiru is not another planet but right here on Earth in Enlil’s city.

The “Abzu” (the bottomless pit) does lead to some other-worldly place which is most likely not the literal center of the Earth or underground. What is actually underground is the “door to the Stargate itself called the Abzu” which leads to Erkalla or Kurnugi; distant places of a land of no return for humans, a land of darkness, pain and sorrow. (Sounds like Earth)

He says Enlil, an Annunaki and father to Enki (or brother) appears to have a Stargate of his own at E.Kur in Nippur, called the Dur.anki, the heaven – earth bond which leads to the Courtyard of “An” in “heaven” who was the premier Anunnaki.

Both startgates have seven gates between Earth and their final mentioned destinations. He says they were all sons of Jehovah Elohim and not literally Elohim.

The Gods and the greater Gods, were most likely the fallen angels and the fallen archangels in many cases and would correspond with the Sumarian Anuna nad the Anunnaki/Igigi. There is historical prescendence for this viewpoint in the ancient Hebrew texts, the Bible, and various other ancient texts. He believes the texts indicate that the fallen angelic beings were and still are partly stuck in this physical universe and have to rely on technology in order to traverse the reaches of space having been previously stripped of the ability to cross the dimension to God’s presence as they were cast out of heaven.

Just about everything I wrote here is paraphrasing or quoting from the book. I would love your comment.

Looks interesting. I’ve always found it bizarre that Sumarian researcers like Sitchin, Civil, Kramer etc say the Annunaki were basically advanced alien humanoids even though the actual artifacts that have been found within the Sumarian accounts of these beings depict “these Annunaki Gods” as being snake like, or reptilian (Satan like?) in appearance like the ones found in Al Ubaid and the ones displayed at the Pergamon Museum.

The Abyss is the space in the kabbalistic sephiroth that leads to the shadow side of the tree of life, the qliphoth, which is the demonic realm. The kabbalah diagram is a map of the fallen world, the tree of life and the tree of the knowledge of good and evil. I don’t think it is Jewish, I think it is far older, from at least Babylonian era magic, and maybe just straight up from the Nephilim.