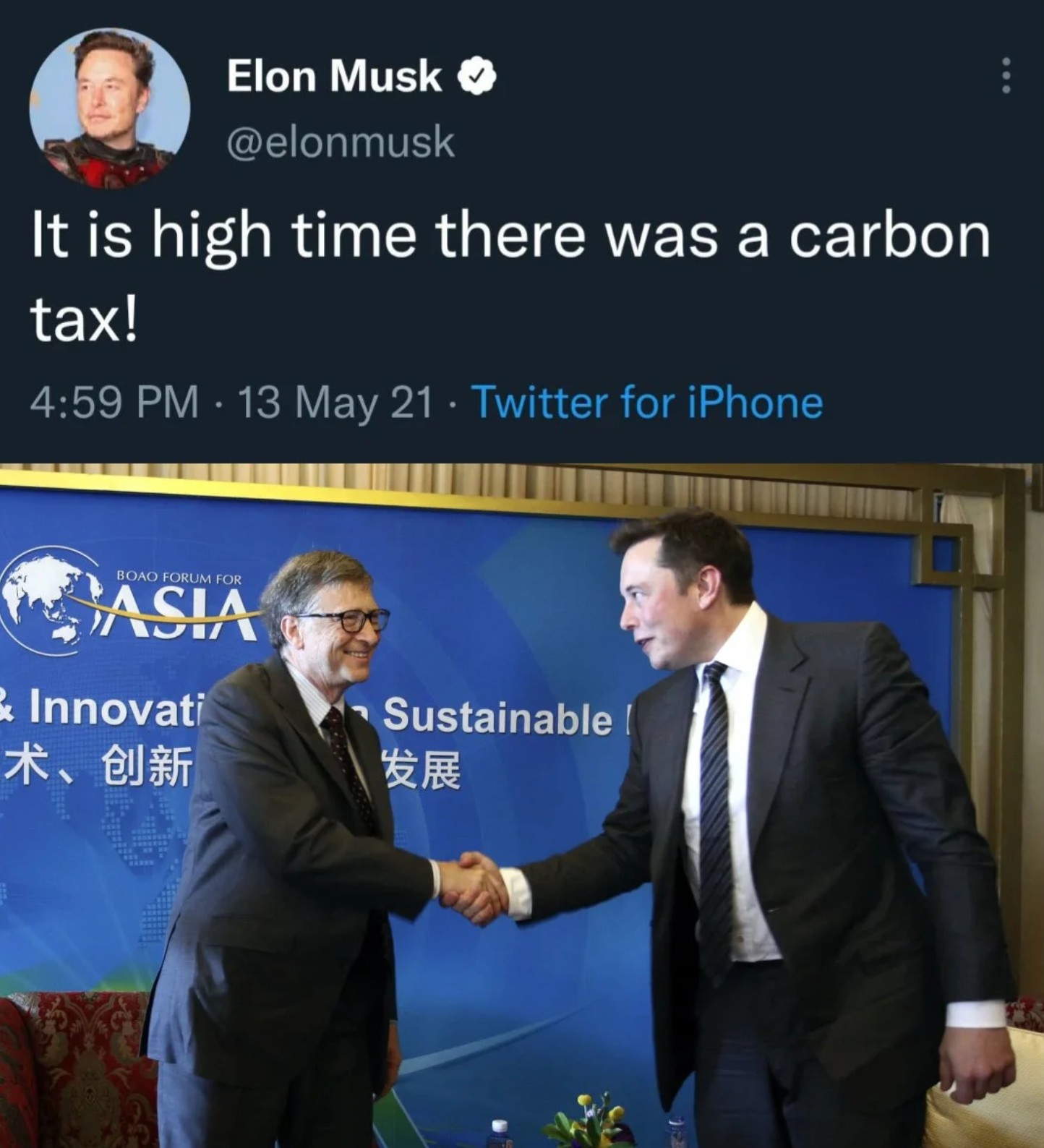 These people don’t understand that money means the fake climate change will never affect the ultra rich even if it was real. Why care about climate refugees when you own a private island with security? Why care about water costing a thousand dollars a gallon when you make a thousand dollars a second? They can care enough to tell us what’s going to happen in all these fake schemes, but not enough to change their own habits because there will never be any consequences for their actions.

I don’t think it is, the thumb would need to be between the knuckles I believe.

His profile picture is him in that baphomet outfit? How come no one sees him for the globalist scum he is yet?

Glad to see the recognition here that Elon is not to be trusted. He seems to be winning over the hearts of the masses with his perceived charisma, but he’s certainly a wolf in sheep’s clothing.

Can you please explain Elon’s background photo, these 4 planets?

Interestingly enough, a recent article in “Science Advances” titled ‘Late delivery of exotic chromium to the crust of Mars by water-rich carbonaceous asteroids’ discusses the possibility of a close flyby from a comet having showered the planet with so much water,, it raised the sea level by over 300 meters/900 feet……

Now, imagine the sea levels here on Earth rising by over 900′ from such a flyby…..perhaps during Noah/Great Flood? Maybe the same comet?

To me, this was an interesting article and added some confirmation to the Kolbrin Bible’s story of the Great Flood being induced by a comet….

…which discusses the possibility that a close flyby of a comet, showered Mars with so much water,, it raised Martian sea levels by over 300 meters/900 feet, and from which this exotic chromium was also deposited onto the planet……

With this in mind, could a comet have flown by Earth, at some point in time, leading to various Flood stories from around the world?

To me, as I have written before, this article added some confirmation to the Kolbrin Bible’s story of how the Great Flood was caused by a comet.

Long story short,, learned men and priests, educated in astronomical knowledge, saw the comet approaching, and  warned Noah about the impending disaster, which gave Noah time to build his ark…..