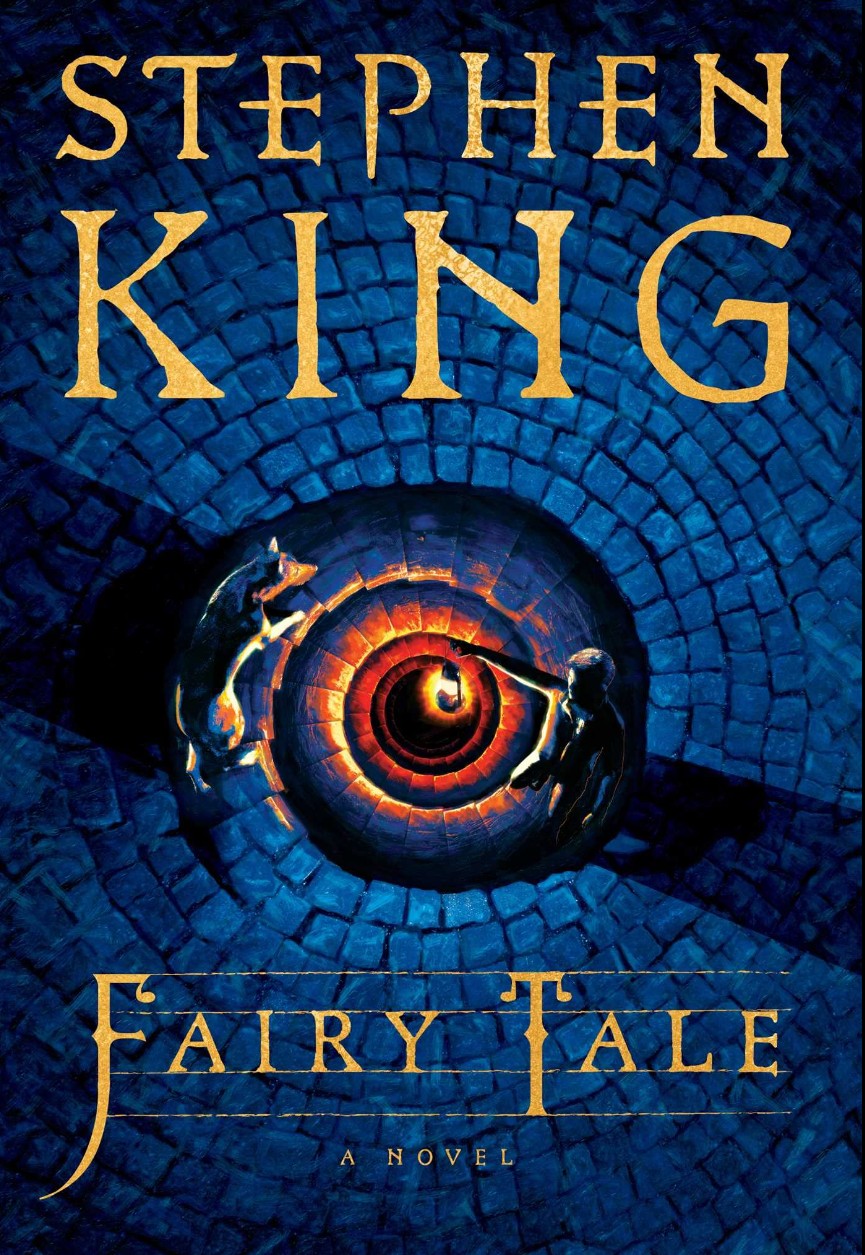 The cover shows a downward spiral brick staiway leading to the underworld. To me this looks like a one eye with the bricks forming serpent scales around the fire eye, especially looking at it from a distance imo.

King’s latest novel is “an epic tale that follows a 17-year old boy who inherits the keys to a terrifying world where good and evil are at war. The stakes could not be higher, for that world and ours, as he journeys into the mythic roots of human storytelling.”

King recently said of the inspiration behind the novel, “I saw a vast deserted city—deserted but alive. I saw the empty streets, the haunted buildings, a gargoyle head lying overturned in the street. I saw smashed statues (of what I didn’t know, but I eventually found out). I saw a huge, sprawling palace with glass towers so high their tips pierced the clouds. I saw a magic sundial that could turn back time. Those images released the story I wanted to tell.”

Also, there is a movie in the works from the CIA mind control franchise ‘Jason Bourne’ director Paul Greengrass.

Judging by your name you like Ghost, or rather, you like trick or treat Satanism as Alice Cooper put it. You enjoy the theater of it all. The grand illusion of power with zero substance. And that empty pastime has clearly given you no joy and now you sit attacking Christians in your underwear behind your keyboard. Your mind is warped and you’re probably addicted to drugs and alcohol.

Yeah…Satan has given you so much.

For the record, the poster of the article said nothing about being against literacy OR religion. The poster is only mentioning the graphic on the cover looks like one eye symbolism. If it bothers you so much then you’re obviously in favor of it. While you’re entitled to your beliefs, don’t suddenly say fundamentalists are against literacy. That simply isn’t true.

Catholic churches are what I think you’re getting real Christianity mixed up with. The Catholic church does not want you to read the bible because much of what they practice is condemned: Calling the Priests “Father” is forbidden, Praying repetitive words using Rosary beads is forbidden. Catholics are taught that only the priests can understand the Bible and the common man in the pew cannot understand the Bible without the priests help. Catholicism is a false church to be sure.

All you need to go to Heaven is to trust in Jesus as your savior. It isn’t a magic spell. It is a relationship. Church membership won’t save you. A priest won’t save you. Jesus loves you and wants to spend eternity with you. Won’t you accept him today?

King is a see-er. Literally. That’s why the cia keeps him on a close leash, they then get to take his books and totally alter them in the movie form, knowing no one will read the book since everyones lazy nowadays. That’s why his movies anymore make no sense.

stevencasteel
Reply to  No no

His TDS was so extreme he was literally frothing at the mouth. Agreed that he’s got some kind of psychic ability to tap into the Akashic record or whatever you want to call it. However, he’s not someone to look up to.

Lee
Reply to  No no

I could see something like that being true. I have read several of his books and enjoyed most of them, but overall, I came away thinking he’s overhyped. That being said, he does regularly touch on certain topics in a way that leaves me thinking he may have some actual, “outside” knowledge.