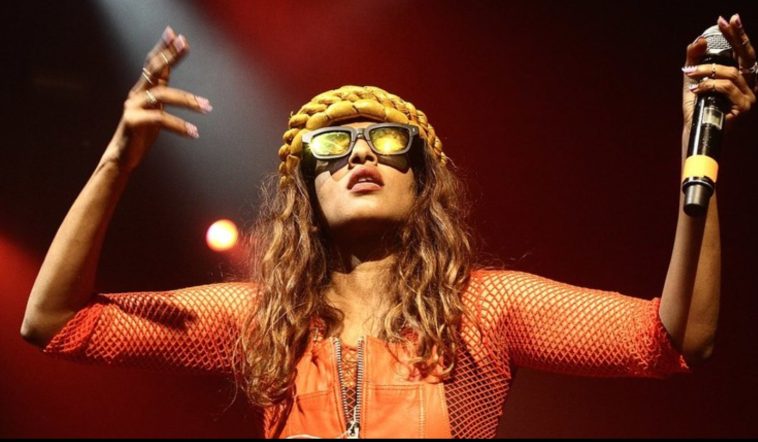 The British singer shared a message from GQ on Twitter on Friday, confirming her appearance at the awards night and an upcoming photoshoot were canceled. The decision to drop the singer was made due to the “controversial nature” of her “current twitter activity,” the message explained.

Getting dropped from GQ is a badge of honor imo.

Not the GQ awards! How will she possibly recover??? 🙄

The tolerant and liberal left strikes again. Really makes you wonder about Sandy Hook huh, I spent a lot of time looking into Sandy Hook and if I was a betting man I would just say that was a complete false flag. They didn’t mention Adam Lanza one time in Jones case.
I knew it was not a real thing b/c Robbie Parker

Apparently, SH is the only school shooting kept classified by the FBI. There’s much evidence that it was a false flag, but that alone is the smoking gun.

Russell Brand spoke some savage Truth to power a few years ago at that same event… that exposed & embarrassed them solidly; they’re loathe to put a Truth-Teller in their spotlight again – Truth sheds Light on the holes in the propaganda narrative.
Russell Brand’s impressive Hugo Boss N**i acceptance speech at the GQ Awards 2013 – YouTube

Do people get canceled for denying the hollocaust?

That is the quickest most effective way to offend a Jewish person.

Are they expected to pay a billion dollar fine?

I still don’t trust MIA. She was in the infamous Madonna Super Bowl halftime show. And she is a jack*ss.

And some questionable photo shoots. Time will tell if this is really her or orchestrated controled opposition.

And she had a child with the billionaire Seagram’s heir. It was like the precursor to Grimes/Elon.

None of the conspiracy guys we admire have it all figured out, but many of them have figured out a ton and are actually DOING the work. The two things I’d rag on Alex on are his business model and support of government. Other than that I’m glad to have him on the team.

Alex has been the canary in the coal mine for a long time. I strongly believe he’s on side of truth, and will continue to grow in his sophistication like the rest of us. Kanye is another guy we should root for. MAYBE YOU will be the person who makes that certain video essay that catches the eye of a big celeb, who then gets millions to watch it and change their behaviour and perception of reality.

Get to work. The world isn’t going to be rescued by Q or Jesus or aliens. YOU and I need to buckle down, understand truth, and teach it to others.