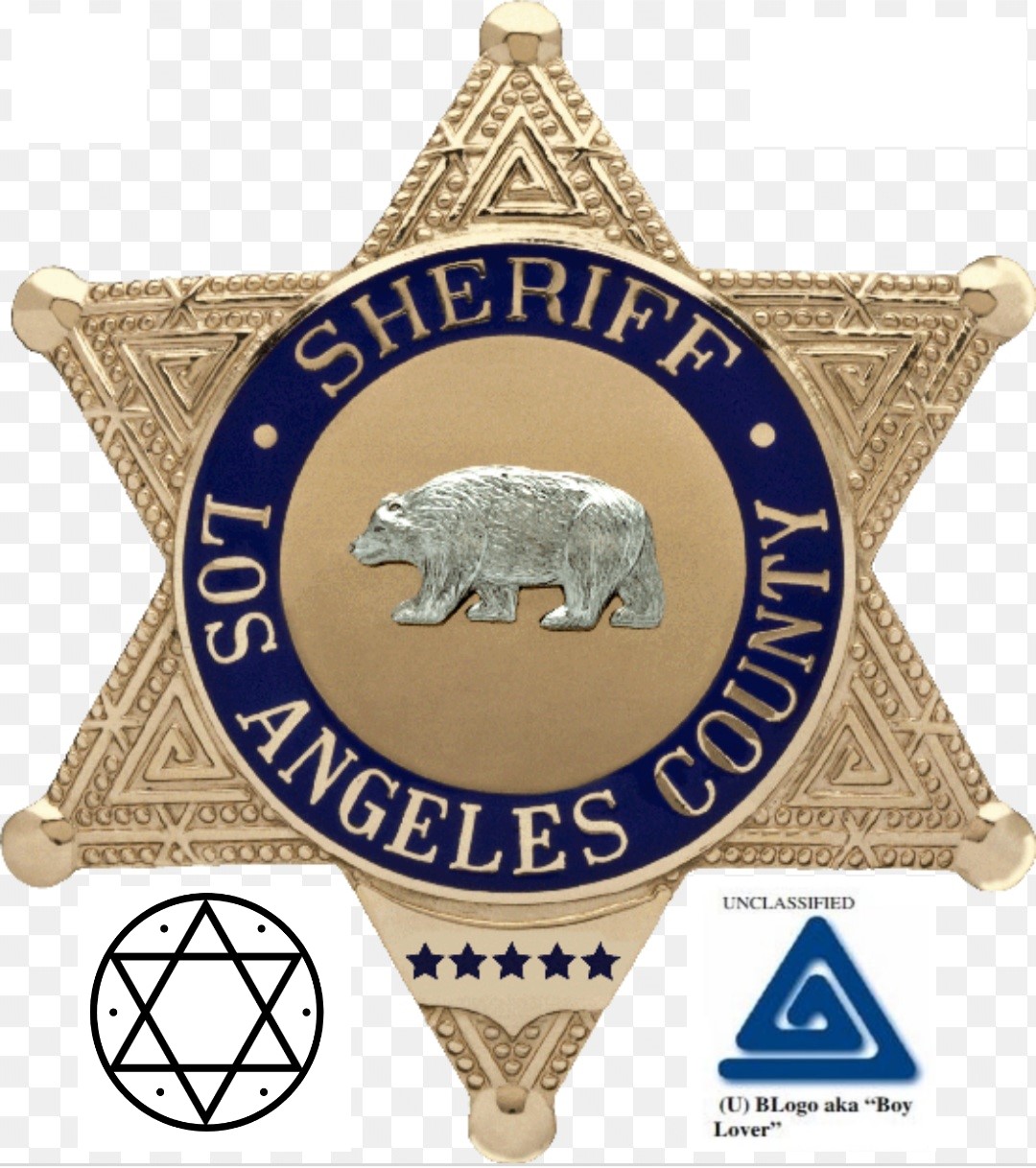 I was watching a report regarding an ex-Lieutenant of the LA county sheriffs department claiming retaliation over supporting an opponent of Alex Villanueva who is the 33rd Sherriff of the department (story here).  While watching this report on TV, the news briefly flashed the sheriffs badge (file footage I suppose) and I quickly recognized a symbol on it.  Sure enough … there it is, although it is inverted it is clear as day.

Now I don’t believe the Sherriff’s department is composed of pedophiles, but rather these symbols I believe were placed there much like the masons do to whatever it is they build.  I suppose this is to signify influence over the departments history past and present.  These symbols are everywhere, in schools, law enforcement, the medical industry, etc.  I also thought of the many breaks celebrities get from this department and its dark history of violence in Los Angeles.  Tiger Woods got off real easy driving drunk when he flipped his SUV.

While editing the photo, I also caught the Seal of Solomon, which as most know has occult origins.  King Solomon being the King that adored God and embraced Sorcery and crossed over to the “dark side”.

What do you guys think?  Unrelated?

Go listen to WOEIH Show #017 with guest “Neo” who also comes on later shows as Jay. “Control-f” to find the others. He was sexually tortured by his family and these exact types of law enforcement.

Wow good catch! The 33rd sherrif and the badge may not be coincidence. The Scottish Rite Masons are said to carry the Royal Arch Freemason’s medallion which has hexagram star in the middle of it which ominously looks like a police badge and is always in gold. In the middle of these medallions, inside the hexagram star, is a pyramid not unlike the the ‘boy lover’ pyramidal shapes on the badge in your picture.

Also, take a look at the (masonic) Fraternal Order of Police which is the world’s largest organization of sworn law enforcement officers, with more than 364,000 members in more than 2,200 lodges. It’s logo is a 5 star pentagram with various masonic symbols on it like the all seeing eye,the fraternal handshake etc..