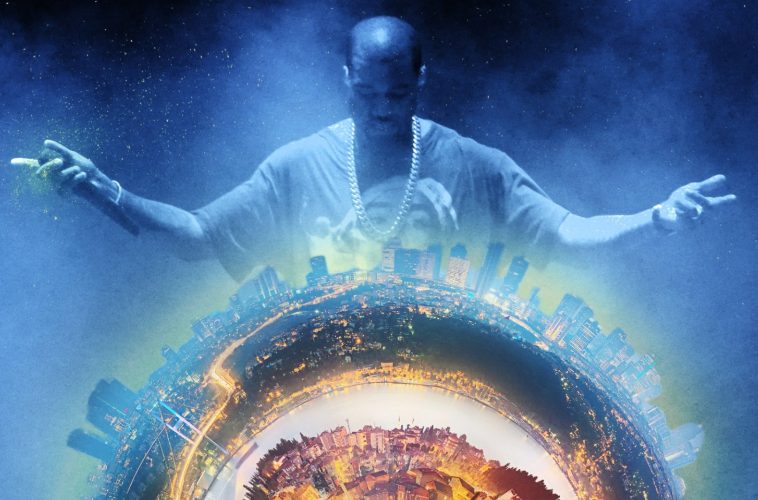 Containing Ye-branded homes and retail stores in a self contained micro city.

Looks like his competitors will be the WEF as they have talked extensively on this same thing. Mabey using Kanye to implement this?

Kanye tries so hard to be relevant and while I suppose some of his songs were ok it seems like his business ventures usually fall flat.

He’s a billionaire… fall flat where? But something do smell funny with him..

Didn’t he start that Tidal streaming service that no one uses?

Kanye’s got a lot of people fooled, but not me. I’m not going to judge the man, but something doesn’t sit right.

I agree. There is something very weird with this man.

It’s like he serves Mammon and God at the same time. Those are the vibes I get. That’s a big no-no.

His name is KAIN-YE WEST.

It means “The Possessor of the God of the West,” which is the setting Sun. It is a reference to the murderer, Kain.

In Indus this is Shiva (Mahadeva) who is the destroyer.

In Egypt, this is KAINum (Khnum) who is the potter God, and whose field was purchased with thirty pieces of silver of Yeshua’s blood.

He calls himself Yeezy, which refers to IHS-Isis-Horus-Set. What you are seeing is an MK Ultra-Ed Luciferian Puppet who is offering to purchase the potter’s field for “tombs for foreigners” once again.

His name read right to left, as Hebrew, is:

Tsew Eynaik, which is an exact English transliteration of the Hebrew letters in the phrase “צו חֲנוֹךְ” which is phonetically said aTsu Enoch.

In Hebrew this means: “The Order of Enoch.” It also refers to the Babylonian demon bird Zu who masquerades as an angel. This is the origin of the deity Zeus, the lightning bearer. And hence the name means “Lucifer’s Messenger.”

Enoch and the text called “The Key of Enoch,” was the messenger of Lucifer masquerading as a brilliant shining angel that called himself MetaTron. Which means “The Self Enthroned.”

And so you have Kanye West’s name meaning: “The messenger of The Order of Lucifer, the Self Enthroned Ones.”

If you look up skull and bones, of which both presidents Bush and every Republican president has been a member since it’s formation in the mid 1800s, Including Drumpf, you will find that they refer to themselves as “The Order.” This is what it means Zu, Lucifer.

Kanye is their puppet.

wow, you really did your research

Daniel 7:4 describes Zu, the Avian Demonic form of Lucifer of a Leonine form with Eagles wings. We must understand history and how the enemies of God have always operated in order to show the world their deception. 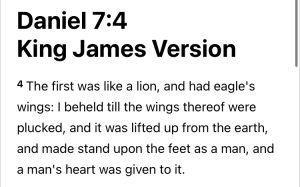 dyk that in ancient Egypt they called the dead “Westerners”?

Anyone who believes in him despite his recent collaboration with Marilyn Manson must be extremely retarded.

This is the giant bird on the back of your dollar. The Fanax. The I Am who “do good.” As they say, never trust a virtue signaler, a do gooder.

The sumerograms (Sumerian is the oldest written language and root of all non-sub Saharan African languages) for the name Tzu (Lucifer) is:

𒅎 = IM the name “I Am.” Which means on its own Clay and Pottery. The passage reagarding the potter in Mathew 27 is in reference to this.
𒂂 = DUGUD which means “Very Important.” It is said “do good.”

So the name of Tzu in its component parts of Sumerian is “The I Am, the Potter who proclaims himself important.” The epithet of KAINum (Khnum) of Egypt, who is the potter God is “The one who makes things for himself.” The setting sun denies that we are only ABEL because of YHWH. Instead he says: I KAIN.

In English, which is Angel-ish, a reborn corruption of the original language spoken by the angels many thousands of years ago, which eventually became Sumerograms (looping time… the future becomes past), the phrase reveals “Danger, the Star Gods of the I AM do gooders.”

These are phrases with enormous fractal meaning to understand for those with ears to hear. 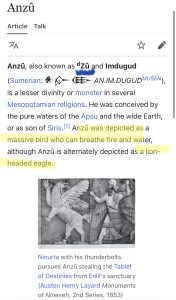 DEMO Crat is another one.

DEMON-cracy. As it is run by deMAGOGuery…

I don’t think that Kanye is a WEF competitor. Same goes for musk.

It will probably go about as well as Brad Pitt’s New Orleans houses. I think Ye sees himself as a god emperor at this point.

I think all of us will soon be in That Saudi “Line” building.or in those pods like they have in Japan.