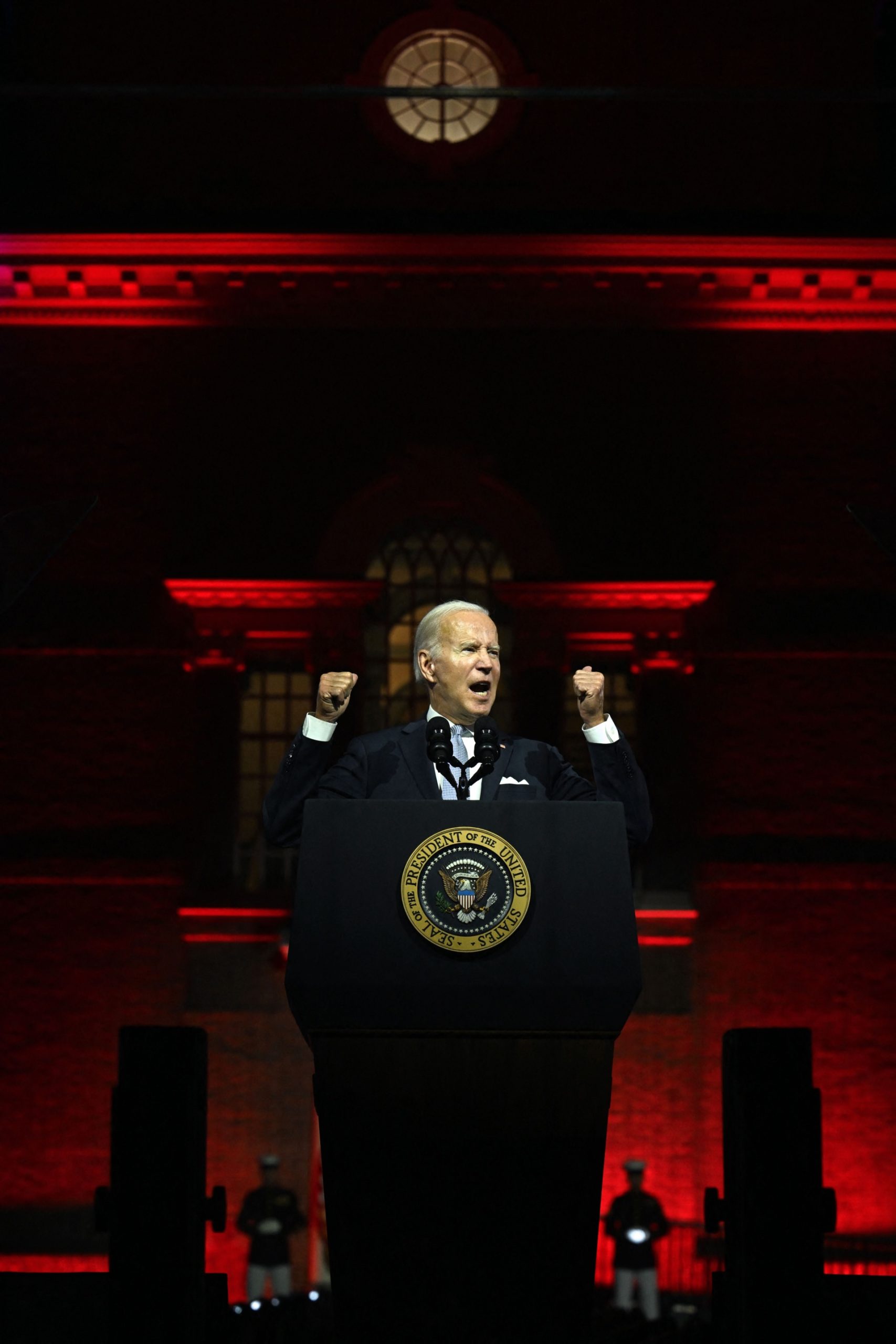 Remember, Remember, the 5th of November.

V for Vandetta. Looks just like the dictator from the dystopia in the film.

444gem posted the same thing above in a comment.

Where have we seen this before?
As Matt Walsh calls it “pre-genocide” talk

I vacillate between thinking Joe has absolutely no idea what day it is and thinking he is very keenly aware of his role in accelerating this descent into dystopia.

Imagine the outrage if Trump gave this exact speech. And it would be warranted. But because it’s Biden, and he currently represents the policy desires of the licentious, depraved elites, no one bats an eye. And I say all this as a politically moderate person.

People need to be ready for what’s coming. Intentional food shortages, inflation, increased crime, targeted discrimination and persecution against anyone who doesn’t follow groupthink. 2023 is going to be unimaginably painful.

I’m not surprised by any of this (partly bc of this site, but mostly because of scriptural prophecy), but I fear a lot of people will be, and their hearts will fail them.

They know exactly what they are doing. They have been setting the stage for justified actions against patriots, in their demented minds. You don’t go through all this trouble just to blow hard. They will stage terror attacks and blame Patriots, mark my words. IT’s all they got before the mid-terms.

It’s been planned for a very long time. 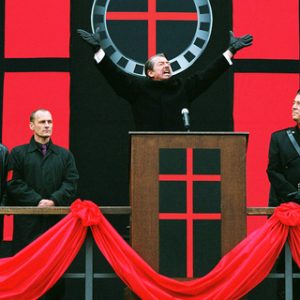 I read people saying they Biden is a part of the elite but Trump is not. They are both on the same elite team. This is a rich/poor thing and they’re both rich. Understand which side you’re on or you’ll be ignorantly fighting against your own best interests. That’s the point of this site.

I know. I remember seeing those trump supporters on YouTube when the truth community was still on there. I found them to be more hypocritical about the truth then The democrat voters since they believe the disturbing truth about the elites and our society but want to believe we still have a fighting chance to turn things around.

I use to think Trump was great and then I woke up. I’ve tried to tell others this very thing but no one will listen.

A LOT like this one don’t you think? Angela Merkel leaving office. Looks much more symbolic than that. Similar colours. Rostrum. In the dark with soldiers with lights. 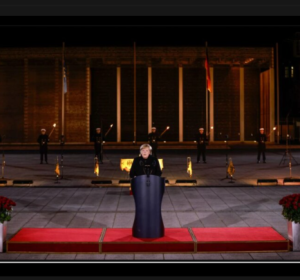 Teutonic? …Yes, both photos contain the color red, and yes, both also depict someone standing behind a rostrum—neither fact being any more remarkable, as I see it, than pointing out how both water and hydrogen peroxide involve two hydrogen atoms.
As for the soldiers behind Merkel, they were holding torches, unlike the soldiers behind Biden. So, no, the two photos aren’t alike in that respect: the Biden photo doesn’t have “soldiers with lights,” as you put it. But to continue, the torch-bearing soldiers in the photo of Merkel were in attendance owing to the planned Großer Zapfenstreich, which is a long-standing German equivalent to a military tattoo. A military tattoo can take different forms, of course, but it’s a kind of event that’s common to many countries—e.g., I could point to the Royal Edinburgh Military Tattoo, which is held annually in Scotland. Hence, all in all, I’m not sure where you’re getting the idea the two photos are “very Teutonic.”
Indeed, I’m really quite perplexed by your remark, seeing as I don’t understand what connection there could possibly be between (i) the color red, (ii) a rostrum, (iii) a German military ceremony which didn’t occur in its modern form until the 19th century, and, finally, (iv) the Teutons. The only element in the two photos which could be called Teutonic, and even then only incredibly loosely, is the Großer Zapfenstreich, and that’s simply owing to it’s being German. But again, that’s quite a stretch there! As I see it, then, that doesn’t really leave anything “Teutonic” about the Biden photo, which only shares with the Merkel photo the commonalities of “similar colors,” “a rostrum,” “soldiers,” and “the dark”—with not one of these shared features being something obviously relevant, exclusive, or related to the Teutons, and with “the dark” being something that occurs quite literally every night. So, I’ll say it once more. I’m more than a little baffled.

Someone had to sign off on this with it deep red state imagery. Shocking.

Red is used in Occult practice all the time to symbolize “sacrifice” if I’m not mistaken. 444Gem could confirm.

everyone needs to calm the F down.

He is saying, ‘It is finished’ the third bar completes the circuit and it’s checkmate.
They are celebrating.

This doesn’t end well for the wicked. It won’t be pleasant for us to go through, but let not your heart be troubled and never lose your faith. The war is won; we just have to go through the battle.