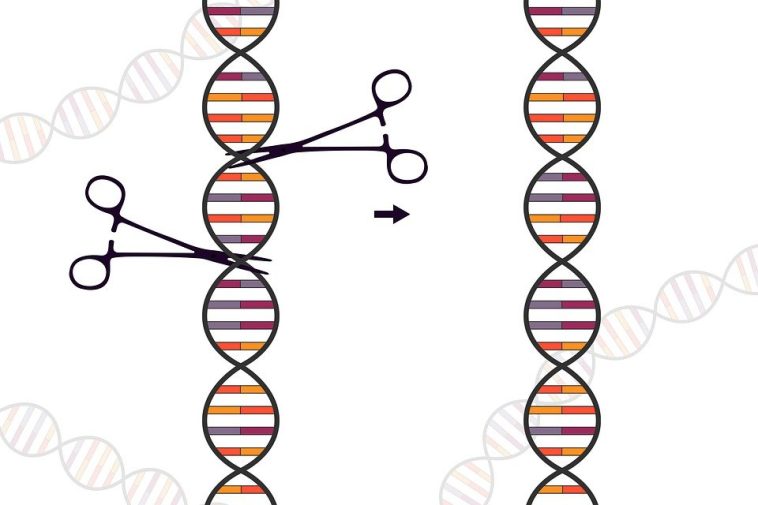 In this two-part series, we investigate who developed the CRISPR/Cas system as a tool to edit the human genome and the World Economic Forum’s and Bill Gates’ interests in it.  When exploring the topic of CRISPR, of course, the harms caused by such technology and what it means for the entire human race, and everything on the planet, cannot be avoided.

In the first part, we take a look at who “invented” the system – it may not be who corporate media have led us to believe – and some basics about CRISPR/Cas and how it works.

In the second part, we use sources from or linked with the World Economic Forum and Bill Gates to demonstrate how they intend to use this tool to edit our DNA.

Turns out, dna is just a theory with no proof whatsoever. There are no pictures of dna or genes, those are just cartoons, drawings. There is a double helix in our bodies, but it is EZ structured 4th phase of water. believe this is another psyop to terrify just like the “we’re gonna turn you all into killer robots” psyop. “They” do not have the ability or the power to change what humans are, only The Creator has that power. I’m well aware that my comments about this stuff are hated and ignored because it’s just too much to question and many people are very angry when their deep beliefs are questioned. But if you do dig into this and other subjects we have all taken for granted, you will see that we have been lied to on every single level, and that “they” have no power but what people give them with their fear. Every single thing they put out there is to incite fear either in the entire population or just the ones waking up to their lies. What a strange coincidence, right?

I don’t hate what you have to say (I’ll respond, since I asked for more clarity in synopsis from you before). I think, for me, it’s the repetitious delivery of a single point that’s a turn off. I think I have more than amply demonstrated my willingness to entertain any idea with merit and I have shown little to no anger while doing so. But I am studying a LOAD right now (I can’t tell you how many tabs I keep open on a regular basis with things I’m referencing, nevermind hard copy sources) so I want to see, going in, that it’s not going to be some sensationalized, two hour long ominous video lightshow with a ponderous soundtrack that imparts one actual piece of data you could just state upfront. Does that make sense?
The sum total of your arguments in past has been, “I am convinced, you should be too”. Then some video I have very little incentive to watch.
You gave a bit more information here than you normally do, so that’s cool, thanks.

Not EVERYTHING is a conspiracy my goodness

A radio personality I listen to has often said he thinks conspiracy theorists are people who desperately want to believe they know things nobody else does so they feel special. It used to irritate me but there is a kernel of truth. Within the conspiracy community I get the impression you want to show you know more than everyone else and it comes across as ego. Maybe there are elements you are correct about I’m not certain but the absolute certainty you assume as gospel and subtly berate people over is off putting.

Yes, that states it better than I did. And I think the fact that no one here ever said a word against this person until I posted, yet (he/she) tries to turn that tiny pushback into a general “hatred” says a lot. It says to me, “Don’t question me, how dare you?” to the broad public when the target was obvious, which is exactly what this person claims to dislike.
I may be way off, I am very tired.

Still making sense even when in need of a nap 🙂

Thank you, I always doubt myself. But I hate no one. Behaviors? Yes. But not people. We all do awful things sometimes, even when it seems like love.

The desire for special or hidden knowledge is always around. What is more special than that which is actually wrong? How many people believe things that are actually disinfo? Perhaps Alex Jones is actually a clever ploy to get rational people off the scent. Say things that are mostly correct but in a crazy way so that only crazies believe him. Or put out a theory that the moon isn’t real so there’s no way we could go there. But there’s a kernel of truth, in that NASA’s JPL was founded by a Satanist. What better tool could the PTB use than getting the skeptical and cautious to doubt the truth?

My understanding of the moon is that it is a piece of equipment like a death star of sorts. I have no idea if that is really true but it kind of makes sense.
Alex Jones is an intriguing character that I can’t really figure out. There was a several period I was an everyday listener and thought he was pretty awesome. Haven’t listened to him in years.
I read a great book about JPL being founded by a satanist it involved alister crowley and sex magic right?

I believe the Moon is what common knowledge says it is (for the most part), a heavenly body made of rock, and that we have sent astronauts to it and brought back samples from it. Why do I believe this? Because at least one of the astronauts that went was a Christian Creationist. “And God made the two great lights—the greater light to rule the day and the lesser light [moon] to rule the night—and the stars [meaning “heavenly bodies,” including stars, planets, comets, etc.]. And God set them in the expanse of the heavens to give light on the earth…” Genesis 1:16-17 The moon has been in existence since the beginning, and has been worshipped by pagans since at least as early as a few centuries following the flood. The moon was placed primarily to provide light during the night and provide a sort of calendar, but also to control the tides, maintain the seasons, and stabilize the earth’s orbit.

As for Alex Jones, he gives certain people Masonic grips, such as Ron Paul. I want to be cautious and not declare that he is part of the NWO, but I also want to be cautious and not trust everything he says. The best lies have elements of truth. The most dangerous lies are 99% true, and the last 1% directs the listener towards the liar’s path. So when someone is exposing the NWO, it is important to really think about what they’re saying and research things for yourself and test their claims.

But yes, the JPL founder was into all sorts of occult stuff and sex magick, etc.

I agree completely with what you said about Alex take everything with a grain of salt and back up what he says. Most of it accurate but the little that isn’t could be troublesome.
I think we will soon find out some big things hidden in plain sight – like what the moon really is. The references you made to it in the Bible make good sense for it being a heavenly body and what everyone thinks it is.
But I have a sneaking suspicion there is more to it

But I really don’t know I hope you are correct