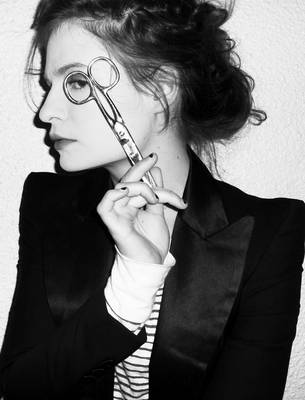 Redcar, the French singer previously known as Christine and the Queens, has spoken about the fact that she’s now indentifying as a male, and new album.

She is known mostly in Europe(not that much) for some songs and she even release and perform songs with Charlie XCX, whom she is good friend with

“I have been masculine for a year now, a little more officially in my family and in my intimacy in recent months. It’s a fairly long process and all of this I mention it here because, limit, even if it means trolling me, trolling me with the real attacks. The artist adds, “Don’t assume you know someone just because you see TikTok. Redcar, like all my poetic and philosophical constructions, is a poetic and philosophical construction that helps me to become. I’m not into marketing, I’m not into a slick picture, I’m not into lying, I’m an artist. Do you think it can do it?”

“Timeout ! Focus. I’m tired of my page becoming a receptacle for such reductive, problematic, sexist and particularly raging trolling. All because I had the honesty to post two or three photos where I indicated my weed consumption, ”explains the 34-year-old interpreter. “I’m tired of this misunderstanding maintained by my silence, silence which was supposed to protect my art, because I made a lot of music while you were busy calling me a junkie (…). When I saw the systematic side of trolling, I said to myself that something had to be done and I don’t like it.

Individuals like these are very confused and under the spell of mind control.

We must treat them as victims and offer help if possible.

wow, that read as even more full of themselves than the typical “my special pronouns that no one else has ever heard of are…” post

What people will do for a little attention, Christine needs serious help.

Yes, because she is clearly the picture of masculinity. Next.

This guy was clearly born male, given a bit of estrogen to force some b***s and soften the features. Folks, the band is called Christine and the QUEENS.

Lol for everyone who downvoted if you think that everything you personally dislike is an occult satanic agenda tool then TPTB are going to have a REAL easy time distracting you, leading you astray, and pulling a fast one on you 😉 🤣