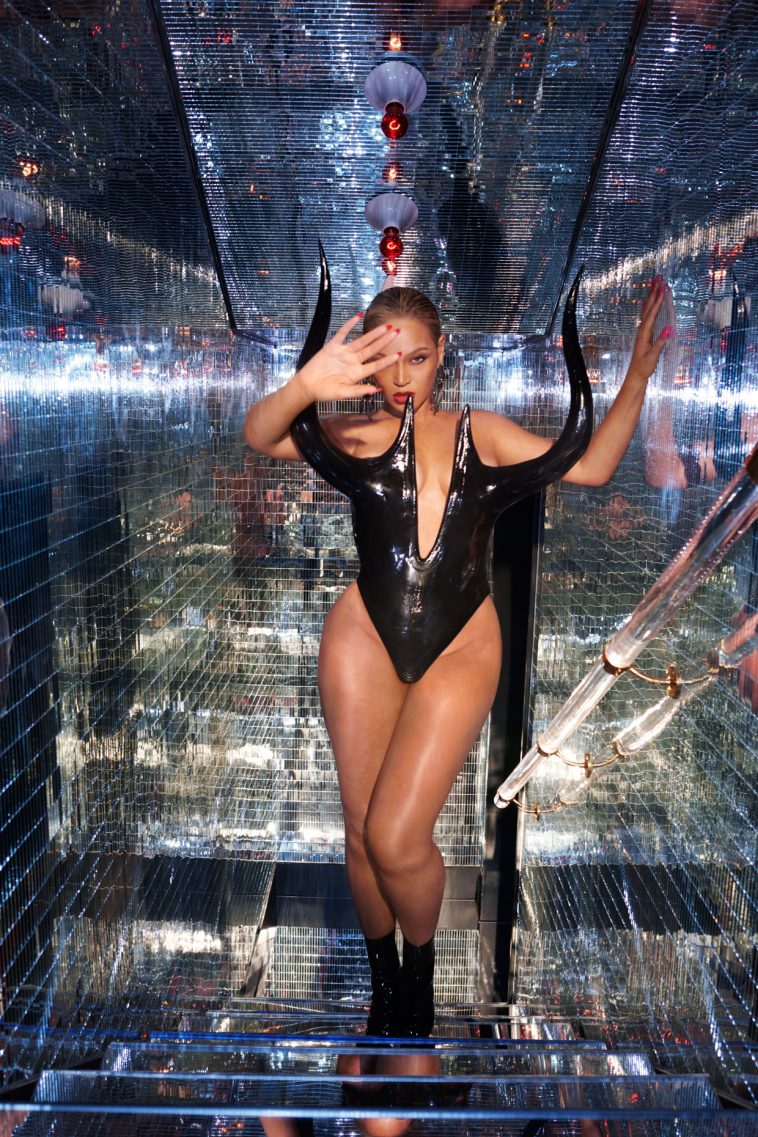 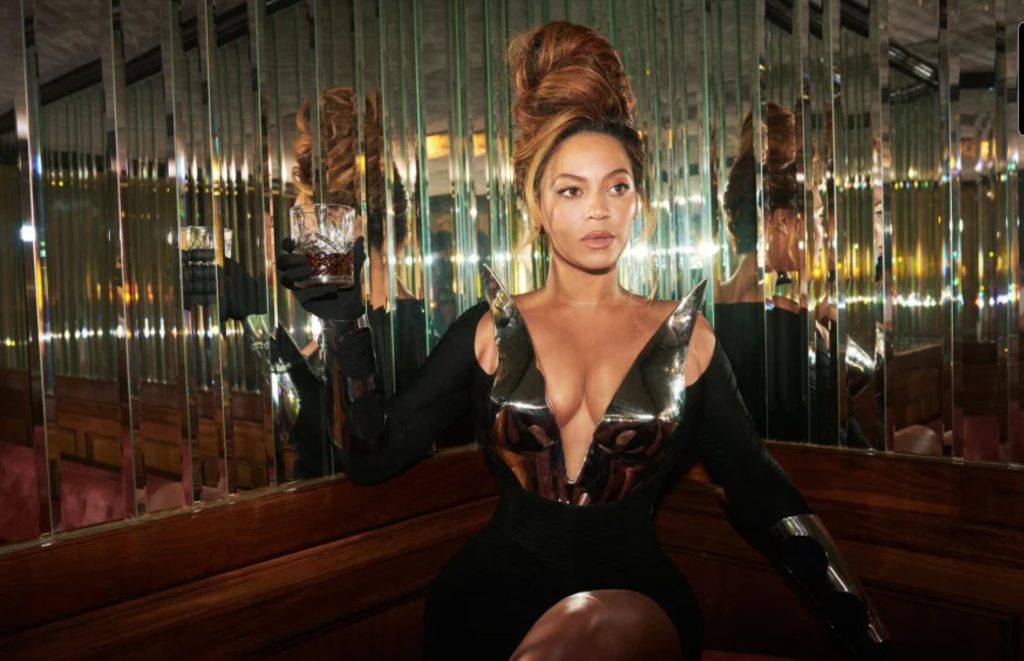 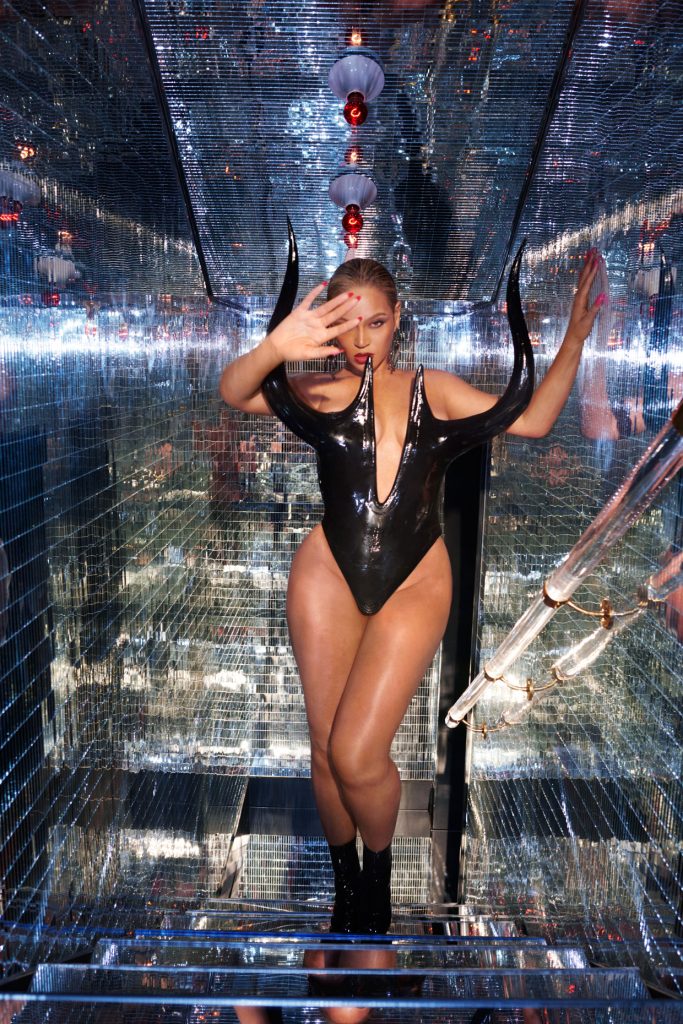 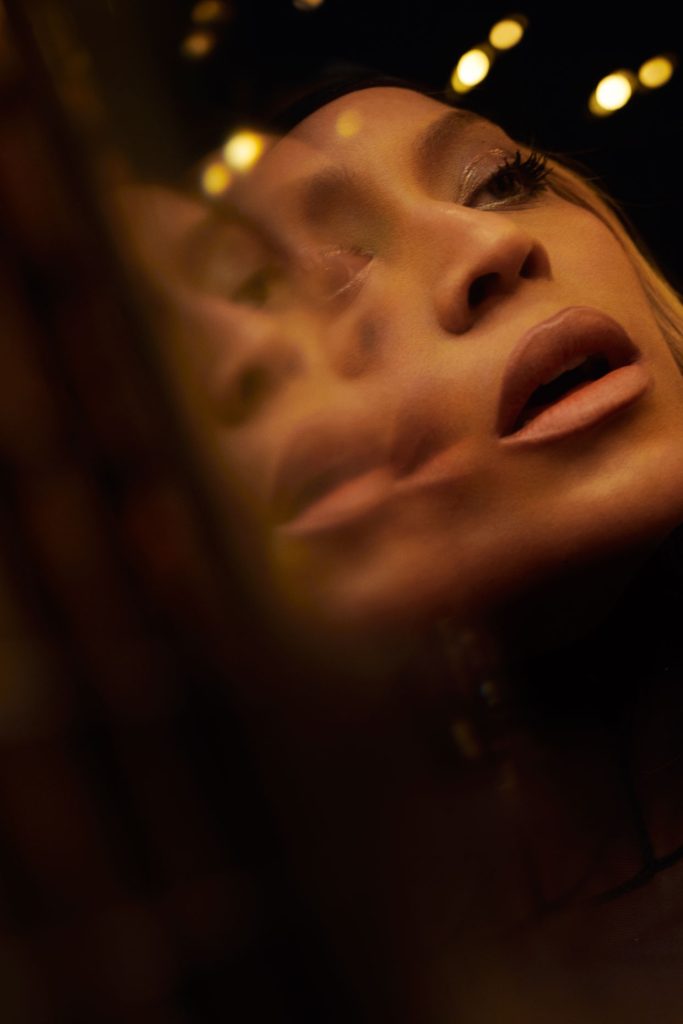 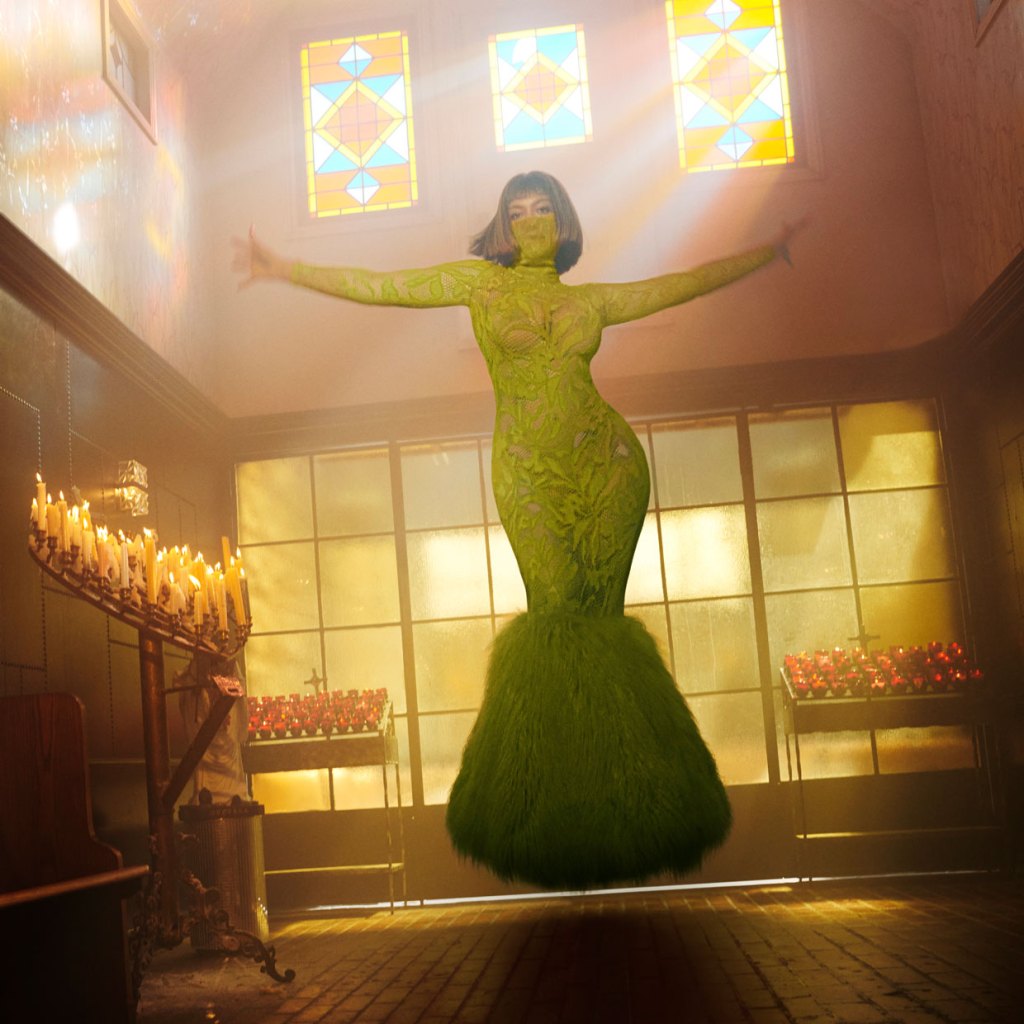 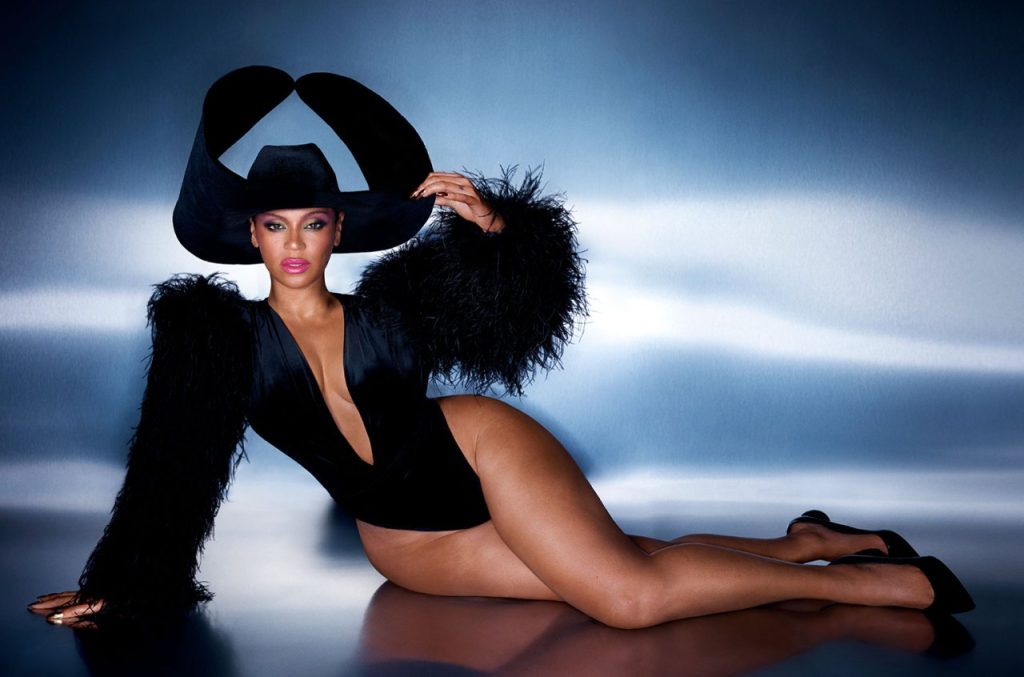 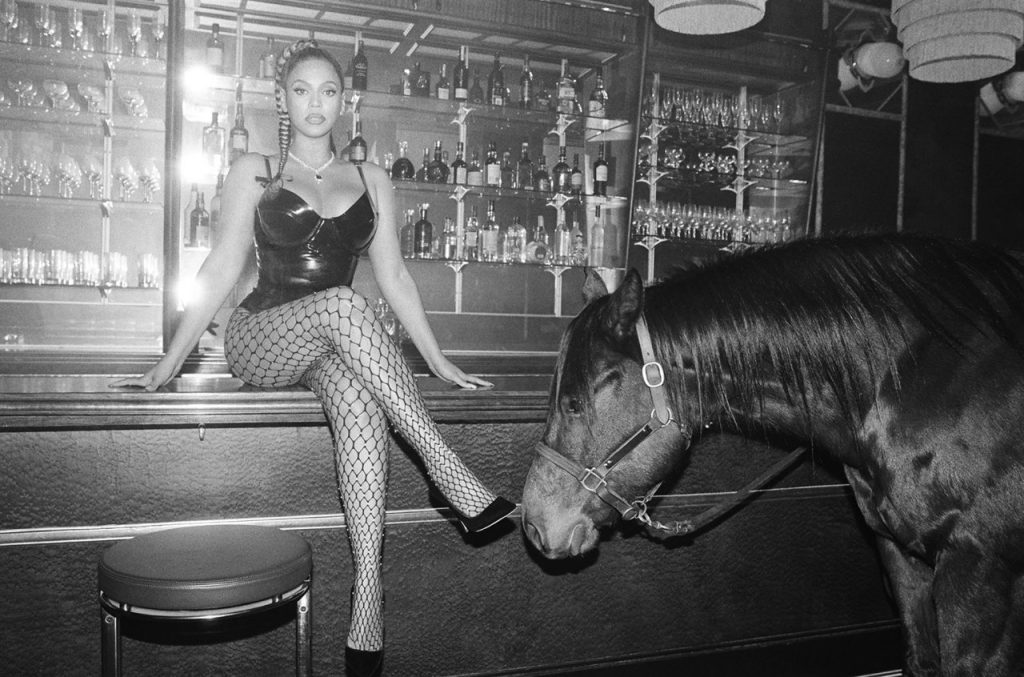 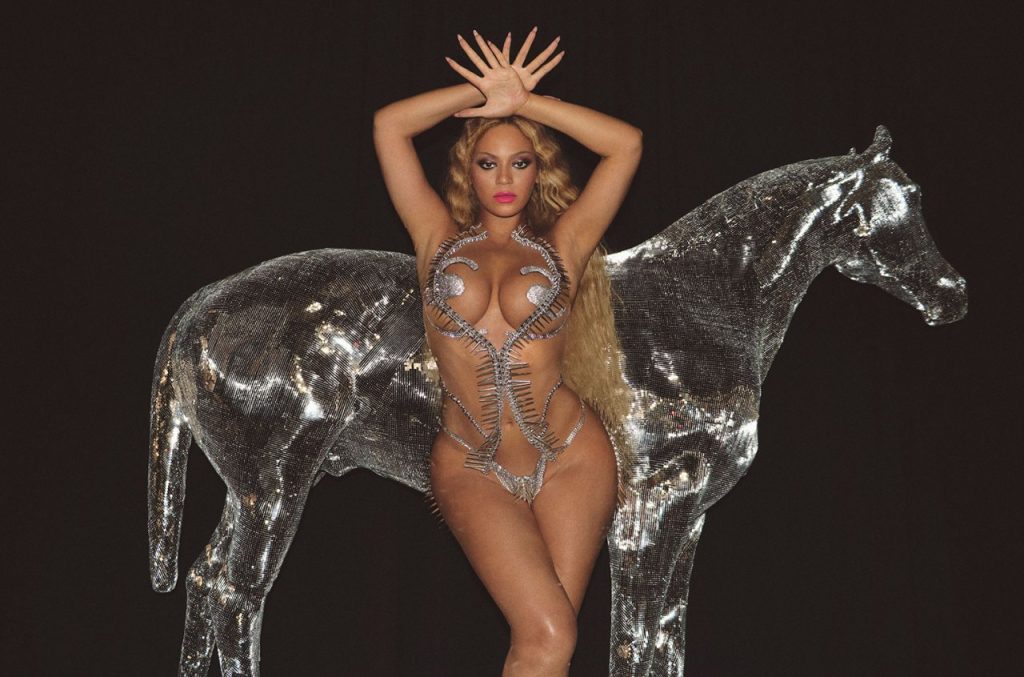 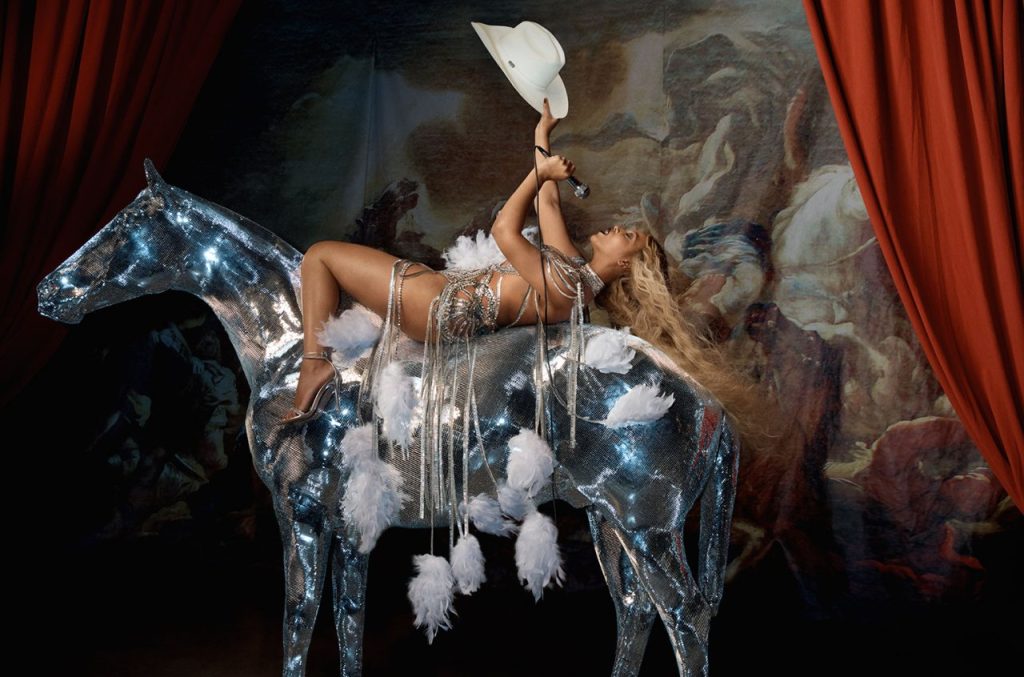 She is disgusting, but may god save her soul from it’s deep enslavement to the fallen one

I have heard that Beyonce is a high priestess or ‘queen’ of some kind of North American coven while Meghan Markle is her ‘princess’. I have also heard that Kim Kardashian is the head priestess of the west coast coven. I am thinking that her mother, Kris, is actually a head witch while her daughters are the temple (of Satan/Baal) prostitutes. Their purpose is to prostitute themselves in order to attract people to worship Baal.

My guess is she’s being told she’s a “queen” but she appears to be just as shattered and traumatized as any other mk ultra slave, so that’s most likely a grand illusion for the masses to suck up. I highly doubt monarch slaves are allowed to be in any of those positions since they are so unstable. You’re probably right about the kartrashians, kris seems to have sacrificed both husbands for her riches and fame and seems much more cunning than her empty headed, traumatized daughters. A friend of mine has met her more than once in his job and said the demonic presence around kris is overwhelming.

I think I can actually imaging how demonic kris’s energy is and how it instantly drains your energy. Also I can see Beyoncé being a high priestess and not just a mk ultra slave. Jay Z has to be a high priest also. She actually cursed one of her lovers to be stalked by demons for the rest of her life and I bet they report back to her specifically. The woman was her tour drummer and the person who exposed Beyoncé being a serious witch.

I don’t assume that these people are necessarily slaves or are doing these things against their will. There are people who do these things intentionally and love being evil. For example, Elon Musk allegedly said that his dad loves being evil.

Yes Kris has to be the high priestess not her daughters though Kim was probably her chosen heir. Kris already has her grandkids being prepared as heirs and likely is the main culprit finding people who will pay to abuse the kids. Makes you wonder specifically how demonic and messed up her own childhood was.

Don’t forget that queen is the name for a mature female cat. VL wouldn’t post that divulge, either.
(“Yaaaassssss, queeeeeennnnn!”)

Don’t forget that queen is the name for a mature female cat.  Is she queen or is she beta only. I don’t think Beyonce is high enough for these megalomaiacs, she is only allowed to play dress up and tell their stories. None of the farcemakers are big enough to wield the real business. They are but bards.

PiscesMarie
Reply to  A E

What is their obsession with cats? Sex kitten this and that.. these “females” are nothing like real cats. Why cat and kittens? Do they tie cats up and rape them? Where is this coming from? I know my cats would growl and hiss and scratch her face off and her handlers and anyone like that. Most cats are naturally very picky about the people they choose. Mine growls if anyone weird knocks on the door, they all hide out prepare for strangers invading, they were all abused which took years to turn around but one thing they don’t do is run out and rub their crotch on everything and everyone. They are not self absorbed sexual deviant demons, I’ve never met an evil w***e cat in my entire life. Only sweet innocent loving souls with deep hearts. I really wish the earth were cleaned of this satanic crap right now. Just throw the sun on all of us, wipe us all out as long as you get deep enough to melt them hiding under the ground in the subterranean cities.

Its not the animal itself because in the flesh they are just animals. The cat is a spiritually symbolic sign in the spirit realm for bad luck or evil like goats, owls and bugs. I have seen cats in my dreams a lot and seen it was a sign that evil is around.

Kittens and cat alters are frequently the sexual alters. Sexual alters and sexual slave models are frequently labeled Betas. The Illuminati found out how to create women with insatiable sexual appetites. This is done via torture and rape early in the child’s life. After the initial personality splits, using rape and electroshock, the father figure {called ‘Daddy’ by many Monarch slaves) carries out repeated sex (incest) to develop the sexual desire. Experts in sex will often give ‘finishing lessons’ to the slaves so that the sexual alters can perform incredible sexual feats with which normal prostitutes are not likely to be able to begin to compare. Marilyn Monroe was a Monarch Sex slave. It is public knowledge that she was sexually abused as an orphan, but it has been skillfully kept from the public that she was a Presidential Model Monarch Slave.”
“MK-Ultra BETA (Kitten or Cat) Alters are programmed into children selected to be Monarch Slaves at very early ages in the most sadistic manner. Some are sold into system (Brice Taylor aka Susan Ford) while members of multi-generational Monarch families are birthed specifically for this purpose (some traumatized in-utero) e.g. Cisco Wheeler & Sarah L. Palin – having been selected on based on their ability to endure severe torture which creates dissociative identity disorder (DID) formerly MPD. Animal prints are used to identify and reinforce alters released (triggered) causing ALL sexual inhibitions (moral and physical) to be removed for full access by whom ever has codes (keys) to unlock Charm School mind files. MK-Ultra BETA Sex Kittens are told by Prog’mrs they have “hearts of stone” and are programmed for…”

Very good review of the torture and creation of them. I was just wondering how they decided to use cats as sex robots.

“And he asked him, What is thy name? And he answered, saying, My name is Legion: for we are many.” (controlled glass shards show this fragmented whole).
There is more, I may look again later.
They are about to blow something major up, physically or in the spiritual. We will all be changed (one way or another) by the aftermath (down settling, but in chunks, because what came before wasn’t natural, or they’d be settling as feathers, not clumps). They see this as reproductive/generative, and it is for what they want to produce. But the fallout will be massive.

I’ve seen that too. I would say what I saw but we’re all watched… You guys if you can move from the cities, do it. Get away from them and don’t move closer or down stream to any lakes. Know a place you can go if they come to collect people, have a way to travel without the need for fuel.

I assume that ‘Destiny’s Child’ was chosen as a group name as a harbinger for this apocalyptic role she is now symbolising?

I was hoping VC would cover these photos. I knew the instant I saw them what it is they represented thanks to the people here.

The green gown – death – with the mask on is levitating. This is the start of the great unfolding.

You are right. All my animals are passing away while I try to help them juggling medications smelling death on them, it won’t be long before things get very ugly. I probably don’t have much longer myself unless I have some other task.

You can literally see a demon in the photo and I bet it’s not the only one it’s easy to spot if you look. Maybe we should play the game spot the demon

In the old photos here..
http://www.buzzfeed.com/lyapalater/the-fiercest-moments-from-beyonces-halftime-show
You can see her demonic nature displayed and how ridiculous it looks.

There was a church service just so she could be worshiped.
After searching she has a full tour of her being worshiped.
Look up “Beyonce Mass”