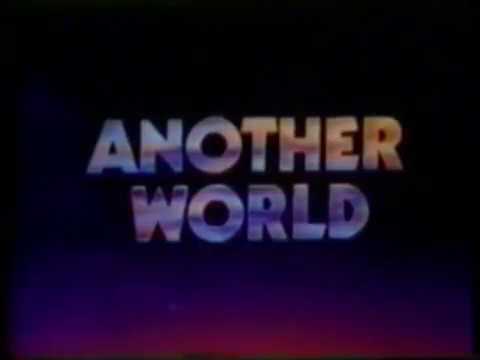 A second actress from the soap opera “Another World” has passed very soon after Anne Heche, who got her acting start on the show.  Robin Griggs was 49 and died from cancer.  Heche’s death was traumatic and shocking, and this death follows so closely on its heels that it caught my attention.  These actresses looked somewhat alike, both striking blondes.  And a quick glance at Griggs’ IMDB page shows she acted in some creepy shows, including Hellweek, Demon Divas and the Lanes of Damnation, and 2020 An American NIghtmare, a horror film about Covid.

And there is something strange about that soap opera.

That first animated graphic looks a lot like an eye.  It also resembles a dimensional gate.  Either way it’s pretty weird for a supposedly mundane soap opera, more suited as opening credits for something like Doctor Who, and a sci fi title.  I never watched the show but Wikipedia has an extensive history of its characters and plotlines and among other things it featured amnesia, twins, lots of doubling with sisters and brothers trading marriage partners, a gruesome serial murder plotline, and an evil foreign countess doppelganger. All of which sounds MK Ultra to me.

Its as if something people have taken in the last two years destroys their immune system and they cannot fight off any disease whatsoever. Like children having strokes or athletes in the their prime are dying of heart attacks by the hundreds. Still births up by 70% and heart disease massively increasing almost as all of this is planned.