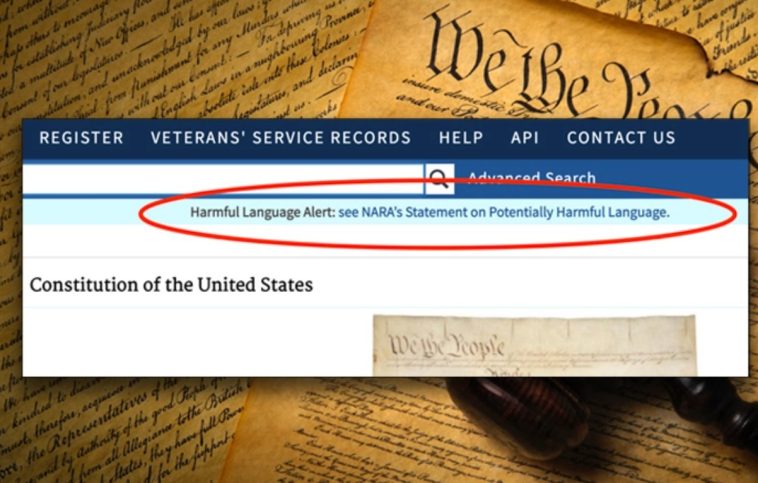 The warning does NOT appear on some pages that could be considered more appropriate, such as the page about Jim Crow, which uses the N-word at least half a dozen times.

It also doesn’t appear on a page that features a slur for Jewish people.

But the archive thought it prudent to be featured for the U.S. Constitution, one of the most important documents in world history and America’s principles for a limited federal government.