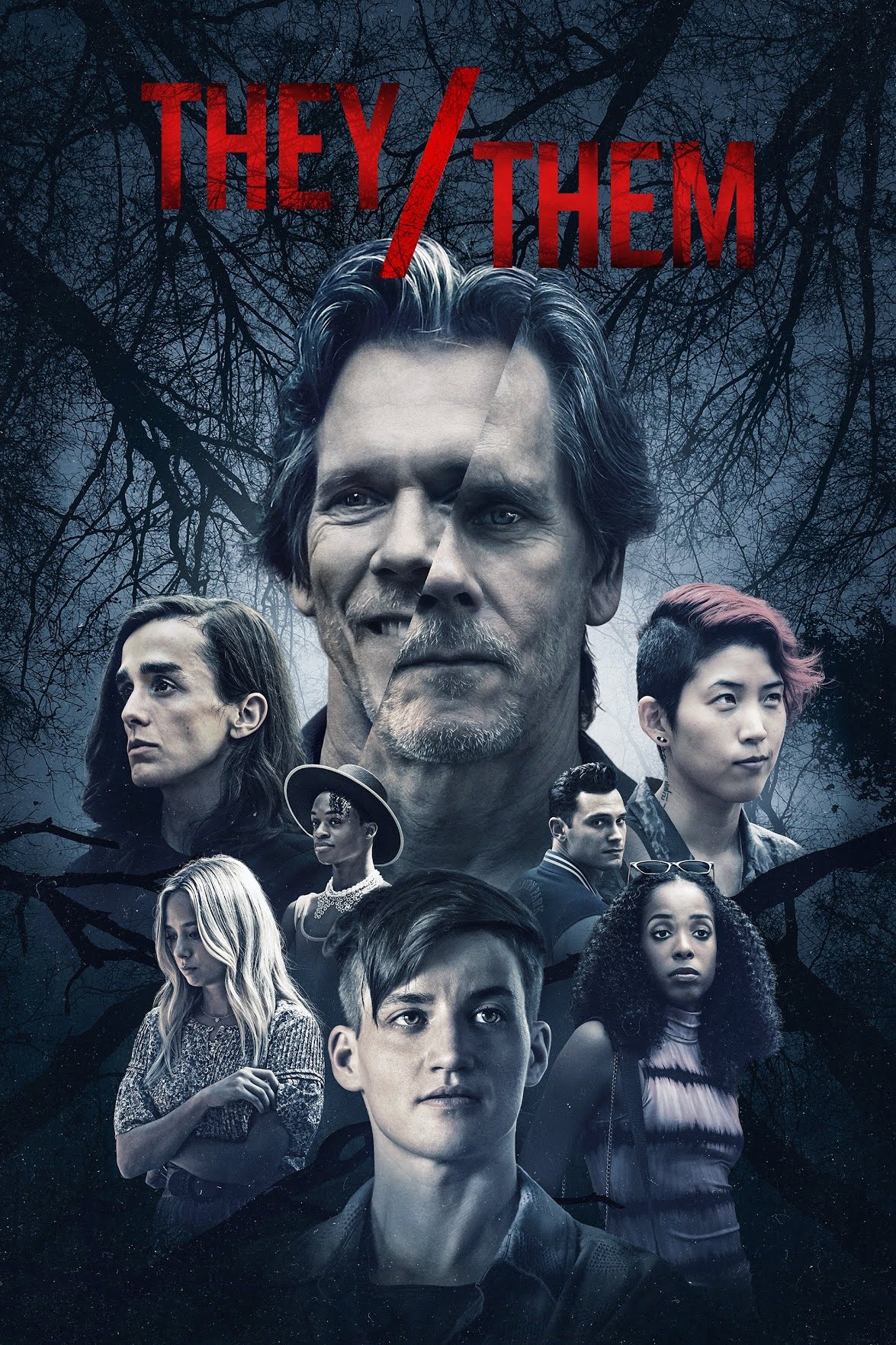 Let me guess, a crazed Christian person decides to slash up a bunch of sinning gay youth, some of whom (the gayest of the bunch) escape by the skin of their teeth, and all viewers leave left with an even worse taste in their mouth about the concept of conversion therapy.
??? Haven’t seen the previews, don’t want to.
P.S. I thought I was “bisexual” for years, til I realized I was just “indoctrinated”. So yeah, anything to keep anyone away from rebelling against their indoctrinations and placing the blame on the other guy as the “antagonist/bad guy”. *eye roll*

There is beauty to appreciate in all of creation.

God created male and female. They can be husband and wife and have sexual attraction to eachother. This is how it is ment to be and should be. Sex is a good thing when it is used as ment. But most sex in these days is build upon perversions and lust.

All other sexual attractions, like gay are perversions. If you think every man is a little gay, which maybe is true to some degree. then this is beacause of all the perversion that is going around and twisted us as human beings.

I do not have anything against gays as humans i find us all equal as human beings we all struggle against sins, but i find it disturbing to see two men kiss eachother and i will turn my head to not see it. This is not normal behaviour and i will never acknowledge this as such.

They literally taught “Everyone is a little bit bi” at my liberal school, way back in the ’90s. It’s not true.

For one example, if neither @stevencasteel or @JohnM will make out with a man, then you they are straight. Therefore, not a little gay, or a little bi, or whatever anyone else wants to say about you.

And I’m straight, not a little bi, or bi, or gay, even after years of dating and having sex with women, due to years of believing the “everyone’s bi” philosophy, and living in it. They had me duped. I wasn’t “bisexual” or “a little gay”, just naive and duped into performing actions that I never even would have thought about.

It was a culture shock to actually learn that straight DOES exist, and that I can be it.

But now unfortunately they have to call it “superstraight” because the left has NewSpeak’ed the word straight itself. Just like man and woman has become cisman and ciswoman, and I wonder if the word woman will go away since they are messing with that now, too.

Currently they are teaching children in school that “everyone is at least a little trans”, which is leading to confusion as well. But this time, kids who really believe in transexuality being some great thing, are actually getting themselves physically mutilated because of it.

For my indoctrination it started easily enough “oh I think some girls are pretty, and I’d hold a girl’s hand”, and then it grew as my groups of friends and so-called supportive teachers and liberal parents pushed us more into it, and trans indoctrination starts just like that too: “oh I hate dresses, and I like football…”

The trailer also (unsurprisingly) has a bunch of slashed one eye signs. Movie just looks like your typical woke, cheesy horror film.

P.S. Can you imagine how confusing this movie will be with one person being a pan-fartsexual, and the other one being a twice-removed polygender, etc?

From now on I’m not playing this game.. Consider me even more “converted”

I’m over it with learning letters, and trying to figure out if someone is trans or whatever. The agenda people have taken it too far. I’m going back to the good ol’ days. If someone sleeps with their own kind “gay” and if someone looks like a woman or man, that’s what I’m calling them. As far as the rest of that garbage, *clap* I’m out.

Can you elaborate on what a “panfartsexual” is? 😆

Seriously….but also, do we want to know?

People have gotten so genitalia obsessed they’ve forgotten there are many types of love.

We have become so emotionally stunted and repressed in normal expressions that men cannot embrace or kiss without sexual overtones. If a father can embrace his grown son, hold him and rock him in his arms for precious moments because he’s not ready to release that expression yet, and it is based in pure love for a child, shouldn’t that tell us that it is actually LOVE that is on a spectrum, not us?

In the west, people shudder and smear a parent giving a quick, affectionate kiss on the lips to their child, or unmarried friends greeting similarly without sexual overtones, yet think nothing of bedding anyone else. Is this not backwards?

thekwon
Reply to  A E

Humanity seems all mixed up on how to be intimate and have clear and highly functional boundaries.

On a slightly different note my oldest brother is gay. At a certain age, it was around 8, there were clear signs he was gay. I don’t believe he was coerced into it there is no evidence of that but I will say it is possible trauma can cause a psycho sexual wounding creating a fixation for same sex. Because demons seem to all be bi at the least but more into dominating gay sex – I think many instances of kids or adults turning gay is when an acute trauma creates a powerful traumatic shift.

I imagine some conversion camps are built around exploiting those demons and creating even more havoc in the child’s life squeezing every ounce of juice they can out of them.

Seems like alot of the public school systems depending on where you live are just that.

It is a word coined by Robert Monroe one of the “pioneers” of Astral Travel. Loosh means human energy that can and often is collected from human beings after some type of event. The trauma created for fan at the AstroWorld event created a huge amount of “loosh” for demons to feast on.

thekwon
Reply to  A E

Right. That is a movie worth revisiting I think I’d pick up things missed on the first viewing over a year ago

That’s an interesting thought I hadn’t conceived of. Makes sense.

Do you think propaganda works better when it is overt or covert? This agenda was cooked up over a century ago and we are just now seeing it publicized in classrooms. The covert has been going on for a lot longer than you wish to believe. I wish you and your brother the best.

There is that famous line “the greatest trick the devil ever pulled was convincing the world he didn’t exist” Dark has always worked covertly and being cowardly like to be that way. But due to the nature of creation can’t be there exclusively. They must announce their intentions and clearly inform humanity of it’s plan – this is the only way the Magick works. Their Magick works with a clever mix of both

https://www.dailymail.co.uk/sciencetech/article-1092726/Gender-bending-chemicals-putting-future-risk.html
Pesticides, birth control, (and who knows what they spray us with) has been linked to causing this issue. They are purposely trying to feminize men so men will not protect their nuclear families or even have children. They do not want any backlash once they enslave humanity in a more brutal fashion.

The whole Luciferian world has exploded into reality in a very short time. It was hidden before lurking in the back ground but now it is front and center horrifying the world. People must choose.

Allopathic medicine recognizes “failure to thrive” as a wasting disease due to lack of physical touch in pediatrics. It is also a recognized geriatric diagnosis. I wonder, what is the age cutoff on either end of the spectrum, according to moderns, in which pure, innocent physical affection is not only no longer necessary, but sordid?
I also find it interesting that a thriving business was born for adults craving a platonic cuddle.
So, normal humans are shamed into restricted displays of affection with family and dear friends after an undefined age, but psychopaths break all boundaries and insist sexual congress with anyone’s children is a normal and good drive.

I’m not disagreeing with anything you’ve said here; in fact, I think it makes a lot of sense. You mentioned “dominating gay sex”. May I ask what your opinion is on dominating straight sex? I.E., a man being overly dominant rather than tender; in a fetishistic way, being physically violent towards the woman during sex.
This is a behavior that I’ve seen becoming increasingly normalized nowadays… Even straight people cannot have a relationship without some gross aspect becoming part of it.
I could elaborate a bit further on trends I’ve noticed amongst people even younger than myself, but I’m interested in your thoughts on this matter, as well.

First, I am NOT saying all gay people are gay because they have demons. There are very kind and sweet homosexuals that are gay for reasons other than that.

To answer your question I think people’s demons are showing. Your observations seem accurate to me. I think we will continue to see more and more abhorrent behavior as possessions increase in scope and depth.