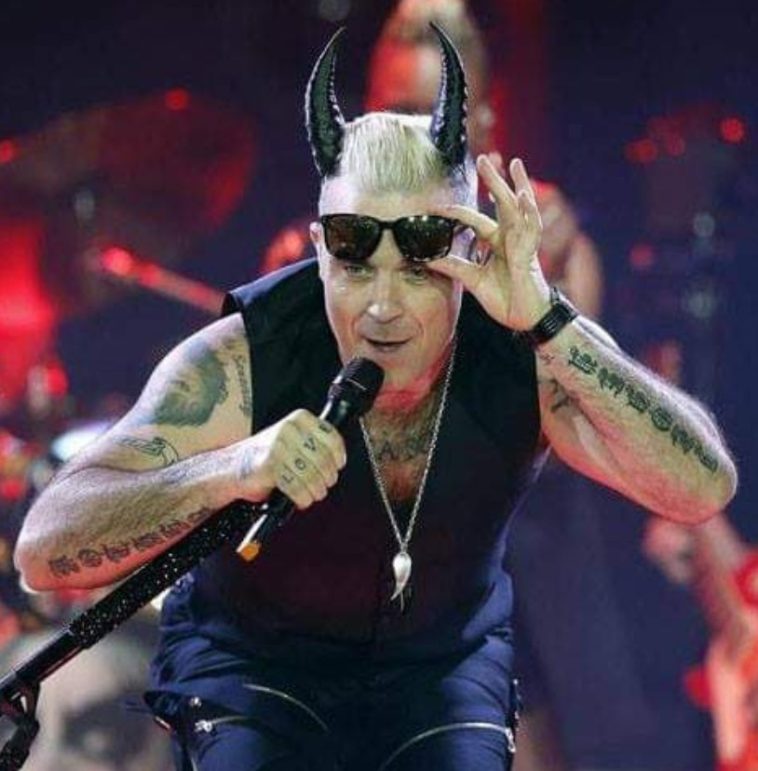 Industry Slave Robbie Williams:  “extreme fame” was like an illness and “should come with a government health warning”“

“It’s something that isolates you and makes you feel weird.”

“Everything that happens outside of your own body, with people looking at you and behaving in a certain way, makes you feels a certain way.

He said this during an interview years ago about his youth:

“Robbie Williams has said that he is keen to follow in his mother’s footsteps by dabbling in the occult, in an attempt to “demystify” his dark side.

He also has said that his family were obsessed with spooky things during his childhood and that he is convinced he is now a natural at black magic.

He says, “My mum and family were into the supernatural, myths and legends – the stuff that makes our journey through life more interesting. Because of that I got very scared as a kid, and being scared of things that go bump in the night stayed with me for a very long time.

“In my teens and early twenties, I couldn’t stay in my bedroom alone because I was scared of what was on the other side of the door – like the kid from The Sixth Sense.

“Because of that I wanted to tackle my deepest fears regarding that stuff. And the way to demystify it for me was to try black magic.”

Seems like alot of these slaves have parents that just so happened to “dabble” in the occult.

I’m honestly not convinced Robbie is an industry slave from watching his career progress in the UK. He did have extreme success and the issues highlighted in the article do give some credence to this though I guess.

I wasn’t convinced either until I started reading about this weird childhood occult dealings and how he rose into stardom.

I get tired of pretty much every celebrity complaining about fame after they aggressively sought it and accepted the upside of it. And I don’t see many of them walking away from it no matter the cost to their mental health or private lives. Or their souls. They almost all seem willing to accept any indignity and do terrible things to keep it going.

His parents are disgusting for bringing dark energies around a child.