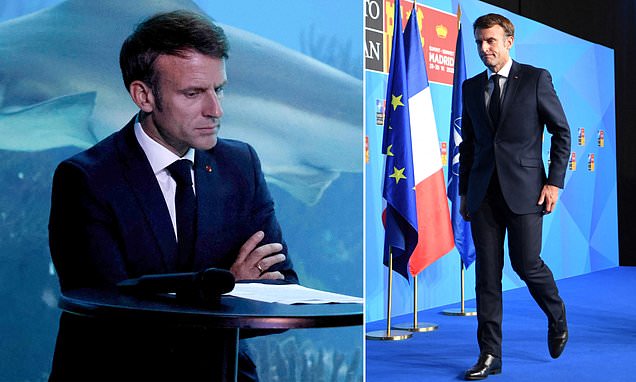 After failing to win a majority in the National Assembly after a long campaign, Emmanuel Macron is described by the media “Le Monde” as dizzy, surprised not to be unanimous among the French after being re-elected for a second term

During the conference in front of the members of his party he very clearly said “it will be hard”, “we should hang on”
Macron seems disappointed to no longer have the majority, because now he will have to make compromises if he wants his laws to be applied because even if during his first term he said he wanted to eradicate the far right, his 5 years in office have above all caused grow the extreme right and the extreme left.

As much of Europe rises up against its rulers over rising fuel, food prices and the suicide rate of 18-25 year olds has risen 35% since covid, it seems the vests yellow or another movement will explode an already extremely divided France. What will King Macron do when he had succeeded in silencing those who complained by sending the police ?

He’ll still be around, a very interesting guy to pay attention too