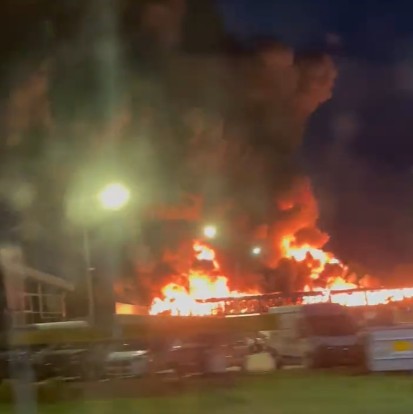 A Bill Gates Foundation supermarket in the Netherlands that focuses on new-age foods like plant protein meat has caught fire in the middle of the night.

And nothing of value was lost

The Dragons are now officially at war. As always, they cannot rest at peace for long, and fire fights fire. This is why now the ge-Orgia Pillars of Sight (you can look up the etymologies fairly easily), installed by Ge-Orge Saros (comically bearing his false exoteric, non-Phoenician name of “the Earth’s energy from the Eclipse Cycle” in reference to gravitational forces of Earth setting the movement of the lunisolar eclipses, also as a play on words, Saurus, meaning reptilian beast, Dragon…. See Revelations 13) were destroyed. This is why for them the unicorn is mythological, there can be no peace when everything is a means to the ends of Lucifer’s temptations.

It is worth reiterating that the 42 months of unified control by the 1st beast, began on March 20th 2020 (Happytalism Day and the Equinox) ends in exactly 1 tropical year from now.

Soros built them? Can you explain this, please? I always enjoy and appreciate your insight, Gem.

Yes, the monument has his Luciferian Klans astrotheological signature all over them

The Dragons always use coded astrotheological exoteric names in English:

Orge= Orgon energy, which is also known as “Generstive Force” and is one of the primary meanings of the G in Fr33 Ma$onry.

Soros = Saros, the lunisolar eclipse cycle and also a reference to Sarus, written in hieroglyphs Us-Sar-us (Osiris) and is a reference to the Luciferians Noah who seeded them onto the Earth after the younger dryas.

His name literally means “The pagan god of Earth and the generative force of Osiris-Isis.” The parallels of George and Georgia being male generative and female receptive force are clear, in parallel to the Isis-Osiris in his chosen exoteric code name.

The guide stones unite the four horseman of the apocalypse in the use of Ancient Egyptian, Chaldean Babylonian, Ancient Greek and then Italian serving as the new Latin “lingua Franca.” The 5th ancient language, Sanskrit is in reference to the charioteer of the horseman, that I have not discussed yet, MahaKali, the deep blue goddess of destruction and apo-KALI-psis, and makes for the pentagram

The gematria of the Georgia Guide Stones is 1200, a direct reference to the zodiac and when divided by 666, the number of the beast, make 1.80180180 repeating, which references, within 0.01% accuracy, the 18.02 solar year Saros cycle of eclipses of his chosen exoteric last name.

The listed weight of the stones is 237, 746 pounds, which when divided by 666 gives 356.97 days, within 1 day of the exact true average Solilunar Babylonian 19 year metonic year. The weight is also listed as 107,840. In this case 107 being the number of metonic cycles exactly between Yeshua’s death in 33 BCE and when the stones were built.

840 being exactly 1/3 of what is known as the “great hexagram.” Basically it is one of the ways we devised, 50.000 years ago to determine the size of the planets and solar system through fractal mathematics. At is most basic:

If you lay pebbles on the ground in each number it creates a new solid:

The least common multiple of these 5 numbers is 840, which when tripled into three dimensions, equals 2520, exactly the number of degrees in the 7 circle pebbles that make up the hexagram (6 sides 6 angles and 6 vertices 360 degrees times 7) and the exact number of eclipses in a full 651 year Sarus cycle (2520). The hexagram and 6 are the number and shape God determined to govern space and time, and that The Dragons have usurped for understanding “the earth and the generative force of Isis-Osiris.” And to try to rebel against God and seek power on Earth.

It comes full circle, so to speak, a favourite of a man that developed BLM, an acronym for Baal, Lamassu, Marduk, three principle Babylonian Deities associated with Satan, that he then encoded a faci fist into a male female sexual symbol, which refers to the “generative force.”

Soros last name has a judeo-English genstria of 360 (a full circle) and an English Gematria of 516, exactly the same as the phrase “let these be the guide stones to an age of reason” at 1516 in Judeo English gematria.

There are so many signatures of the Soros clan on those things, whom the German Nasi Dragons rival with and choose inverted versions of their codes, that I could go as infinitum. This is always what happens when The Dragons overcome the slaves and gain a unified supremacy, their masters pull strings and tip the balance, and thus begin to war amongst each other: Ceasar vs Pompeii, Marius vs Sullah, Augustus vs. Anthony, Alexander’s Successors, Churchill vs H1tl3r, Etc etc. 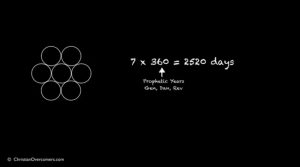 I want to make a clarification to the previous statement; I had originally planned to put this info in Monkeys IX, but I mis-timed their trajectory by 11 days, having read the signs that a 365 day solar year, and not an exact lunar year of 354 years would be used for the event of the start of the factional fighting between The Dragons.

I mentioned, in the pre-amble to Monkeys “Elite change Oscars Mall to Ovation” post and further elaborated in comments, that the 100th anniversary of Aleister Crowley (self proclaimed beast 666) founding the Masonic chapter, and forming his own Pure Luciferian Safanic Branch in Hollywood was on June 26, 2023 (6/26/2023) at noon (6+6). The date of the destruction of the Guide Stones was on 7/7/2022 at 4 AM. The difference between the two dates is exactly, within minutes of precision, one Lunar Year of 354 Days, and 8 hours. And encodes 9/11 (11 months, 19 days). 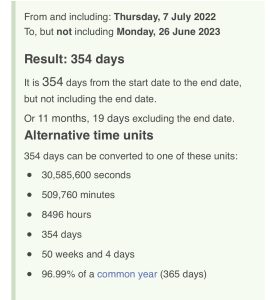 Another piece of clarification must be made regarding the faction of Nasis behind George Soros; remember there are two primary factions, as both Isis-ra-Eli’s and Germans claim the title of Nasi, head priest of the lowest and darkest point of existence. In fact there is a very obvious clue to whom else, that is prophecized to bare the anti-Xristos is on the stones.

Christ-Ian= adherent of the “anointed one”
R.C = Roth$ Child

If you recall in the same post of “Elite Change Oscars Mall to Ovation” Nun is the final letter of OVATION, and means “fish” in Hebrew, and was the name referred to for Yeshua during Early Christianity when it was necessary for them to code their language to avoid reprisal from watchful soldiers and the Pharisees. This was the Jesus Fish.

This is why Nuns are called nuns, it means fish, as in “adherents of Yeshua.” However they wear black (with a white stripe) which invokes duality and inverts the meaning of Nun to “Adherents of Dagon,” an ancient pagan worship that was infused by the pagans into Catholicism to blaspheme Yeshua and his word. They are relentless…

In the final layer it says PsuedoNYN, NYN is a reference to the word Nun, with the Y, the Greek gamma, of Char-Agma “The mark of the beast” interposed to inflect duality and “the mark” (the 666 of astrotheology and it’s calculations) to make the full meaning of the message clear:

It reads “Authored by the Roth$ Childs (The Red Child) The Annointed one, the Anti Xristos.”

Georgie boy is just the organisational front man for a “small group of Americans,” Amaruka being “The plumed Serpents” in The Andean civilisations. Hence the stone attributes authorship to “a small group of plumed serpents and the Roth$ Childs (Red Children) the Anointed ones, The Anti Xristos”

The eagles and the serpents can never work together for long, and their masters known-perfectly how to pull their strings

I’m here for this kind of news

Oops, we burned the wrong factory down, meant to get the organic chicken one down the road. 😂

Or he wants to look less guilty, “one of mine was burnt too therefore I am not one of them”

Whenever deep state garbage is burned down, I always think either “hiding the evidence”, “insurance fraud”, or both.

“plant protein” right (sarcasm)………..they call it “heme” as in “hemoglobin”. it’s bloody and there is no blood in any vegetable or plant that I know. hmmmm. could it be they told us what was coming in the movie, “soylent green”? the introduction of aka impossible meats, beyond meat, it’s people, bitelabs.org website? How about that planned parenthood is on google earth as being right across the street (in an industrial complex with no windows) from “impossible meats”. amazing polly + what would be the coincidence
or check out this link (if they don’t censor this);
https://www.reddit.com/r/conspiracy/comments/cybp15/planned_parenthood_located_very_close_to_beyond/