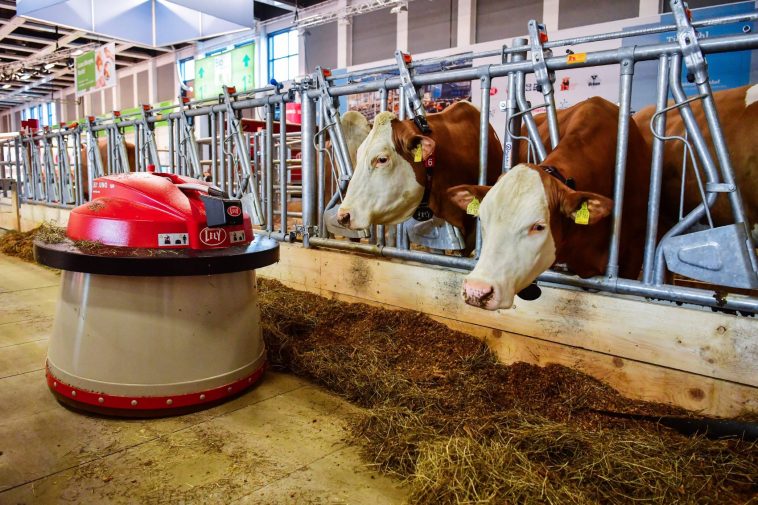 A massive meat rendering facility is due to begin construction in Rapid City, South Dakota next year, with plans for its completion by 2026. The $1.1 billion facility is known as the, “Western Legacy Development Corporation,” and it promises to bring large-scale production to the beef industry, rendering an estimated 8,000 cattle per day.

The processing plant is said to be one million square feet in size, once completed.

Several things being touted about this facility are definitely raising eyebrows. Among them:

This is absolutely horrific. Factory farming is already a hellish, torturous thing for animals and this will make it a thousand times worse. Horrible.

AI used for tending flesh? Add that to the other articles about AI developing its own secret encoded language.

Really pushing for that robot take over aren’t we?

Maybe it’s for making Soylent Green (TM)? Or for disposing of (name the next plague) bodies? You can’t bury everybody. As fat as Americans are, the plant could easily power itself and maybe the non-existent worker housing as well.

Anyone who has ever, ever, ever worked with cows knows that Plan A will rapidly disintegrate into plans D through K. No stockyards even as backup suggests that it really isn’t for cattle.
…that is the most awful thing I’ve ever typed.
Besides, why build this thing when the people surely financing it want us all eating crickets?
How easy would it be to “reprogram” an AI butcher to a different species?

I feel like a short dark haired leader of the past would be proud to know his legacy lives on and will power the machines of the future. The deplorables can still serve a purpose even while disposing of them.