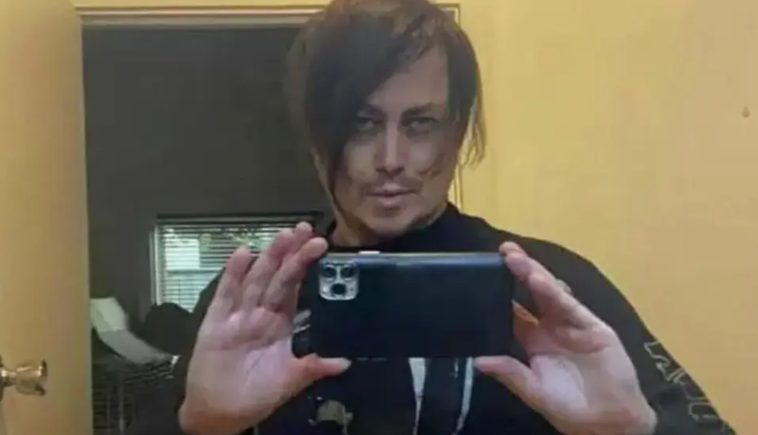 Hearne was arrested in March 2022 after police reportedly found a stolen human skull in his bedroom.

The criminologist didn’t understand why he took heads, but I do. Tantrics drink out of skull cups to gain siddhis, magical abilities. And tantra is black magic.

I think you should look at religion and spirituality/meditation objectively. Christ also meditated. Mathew 13:34 “Jesus never spoke unless it was in parables”.. The reason Jesus casts nets to the right side, sits on the right hand of God, and builds the door to the temple on the right side, is because he’s leading us out of our lower left brains and into our holistic, symbolic, higher brain on the right via meditation and no thought.
Also, blood sacrifice is pure evil, why would God want me to make up for my sin/evil act by stabbing an innocent animal to death?

You just don’t understand at all. We meditate on scripture so we can fill ourselves with the Word not empty ourselves out. That lower brain higher brain isn’t even talked about in the Bible. This was taken from an exposition of Hebrews 10:1-6, “II. That the law was not the very image of the good things to come. An image is an exact draught of the thing represented thereby. The law did not go so far, but was only a shadow, as the image of a person in a looking-glass is a much more perfect representation than his shadow upon the wall. The law was a very rough draught of the great design of divine grace, and therefore not to be so much doted on. III. The legal sacrifices, being offered year by year, could never make the comers thereunto perfect for then there would have been an end of offering them, Hebrews 10:1,2. Could they have satisfied the demands of justice, and made reconciliation for iniquity,–could they have purified and pacified conscience,–then they had ceased, as being no further necessary, since the offerers would have had no more sin lying upon their consciences. But this was not the case after one day of atonement was over, the sinner would fall again into one fault or another, and so there would be need of another day of atonement, and of one every year, besides the daily ministrations. Whereas now, under the gospel, the atonement is perfect, and not to be repeated and the sinner, once pardoned, is ever pardoned as to his state, and only needs to renew his repentance and faith, that he may have a comfortable sense of a continued pardon. IV. As the legal sacrifices did not of themselves take away sin, so it was impossible they should, Hebrews 10:4. There was an essential defect in them 1. They were not of the same nature with us who sinned 2. They were not of sufficient value to make satisfaction for the affronts offered to the justice and government of God. They were not of the same nature that offended, and so could not be suitable. Much less were they of the same nature that was offended and nothing less than the nature that was offended could make the sacrifice a full satisfaction for the offence 3. The beasts offered up under the law could not consent to put themselves in the sinner’s room and place. The atoning sacrifice must be one capable of consenting, and must voluntarily substitute himself in the sinner’s stead: Christ did so. V. There was a time fixed and foretold by the great God, and that time had now come, when these legal sacrifices would be no longer accepted by him nor useful to men. God never did desire them for themselves, and now he abrogated them and therefore to adhere to them now would be resisting God and rejecting him. This time of the repeal of the Levitical laws was foretold by David (Psalms 40:6,7), and is recited here as now come. Thus industriously does the apostle lay low the Mosaical dispensation. “

Thanks–I was working out how to respond, and you did it beautifully, twice. Amen!

“A rough draft of divine grace” lol. The cognitive dissonance is strong with this one. I wouldn’t call killing someone else for my sin/mistake “divine grace”. The same people that tortured Jesus to death are the same ones saying it was Gods master plan. I think God, the all knowing creator of all, could come up with a better way for us to make up for our sins than having his “only son” tortured to death.
I could also come up with a bunch of reasons to torture my cat to death (dinner/don’t have to buy it food/or cat litter) but that still wouldn’t make it a good idea or justify it.
You don’t have to believe Jesus was tortured to death for our sins in order be spiritual and believe in God and believe Jesus existed and performed miracles.
Of course the Bible has a ton of good things and truth in it, as it’s a compilation of other ancient texts like the Atra-hasis and many other ancient texts, and the elites of the time used them to create the Bible at the council of Nicaea, while also twisting things around and adding their own BS to it.
There’s a gigantic difference between mediation as in contemplating/thinking about something, and what I call true meditation which is watching your thoughts and/or taking no thought- you’re not “emptying yourself”- I think you’re referring to astral projection (which is what I believe Jesus did when he walked in water).
I personally believe Jesus went to Egypt and studied the Egyptian mysteries and went to Tibet and learned Reiki healing during his “lost years”.

This is a really good video that makes sense of a lot of the bible (which is a compilation of other ancient texts put together at the council of Nicaea, where they also added their own lies and twisted things around). For ex: the Lord’s Prayer is taken straight from the Egyptian Book of the Dead.

Have you heard of the dead sea scrolls. It has also been proven that he exists and that the tomb he was buried in was empty. The tomb that had roman guards and really heavy stone blocking the exit. Why don’t you see if what this person is saying is actually true. People distort Christianity related things all the time and people seem to believe them even though there’s proof of what they’re saying is wrong. If the Lord’s prayer was taken from the book of the dead then why didn’t any of the apostles rebuked him for it and leave. And you would think that they would know since their ancestors lived in Egypt for years. Things can be past on generation to generation. Also, even before the Lord’s prayer was written you could see it in some of the prayers in the OT. The Lord’s prayer is an example of how to pray. I even read it and no, the Lord’s prayer isn’t even there. Please read your Bible. Please don’t take offense to this. And examine church history closely to see if things people say are actually true.