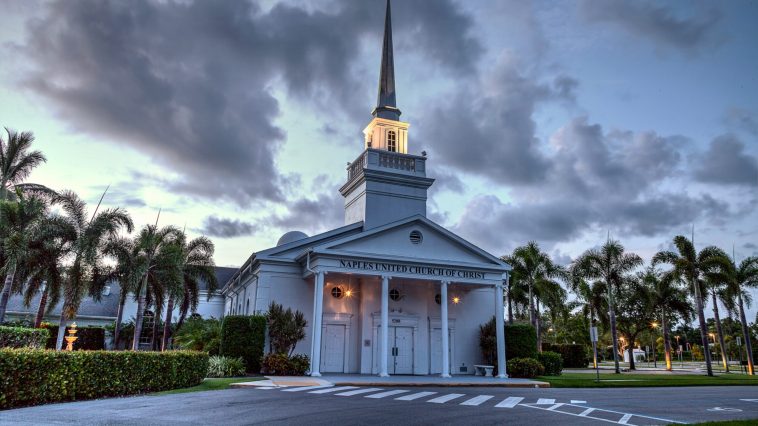 These days, you just need to be a progressive, liberal, socialist, or a friend of the world in order to be a leader in some of these so-called churches.

The “pope” approves and encourages I guess

Modern Christianity is based on blood sacrifice. If I were to see an innocent animal get it’s throat slit, I’d feel horrible, but they’re saying God’s like “YES! GIVE ME THE BLOOD OF THAT INNOCENT ANIMAL, AND I WILL BE SATISFIED AND FORGIVE YOUR SINS!” The same people that tortured Jesus to death are the same ones saying it was part of Gods master plan. I think the creator could think of a better plan than that. A lot of people talk about what Hitler did, which has horrible, but nobody really talks about how during the crusades, the church went around the world and killed and tortured 50-80 million people. They also stole all the gold, burned libraries and rewrote history. There’s a vault under the vatican that’s over 50 miles long, filled to the brim with ancient tablets, scrolls and who knows what else, and it’s completely sealed off from the public. The bible seems to be a compilation of ancient texts like the Atra-hasis, the epic of Gilgamesh, Egyptian book of the dead, to name a few. They also demonized the serpent, when it truly represents the “divine serpent knowledge”.. The Kundalini is a coil of energy at the base of the spine, and through meditation it spirals upward around the spine unlocking the 7 chakras. That’s what the kaduceus symbol on the side of the ambulance represents. You guys should check learn about the Anunnaki. Archaix is a good youtube researcher, but remember, not everyone has everything figured out 100%.. That’s why I love the saying “eat the meat and spit out the bones”.

You’ve been deceived by the new age cult 🙁 the transgression of the law is sin. Gods character and presence is pure perfection, therefore sin cannot exist in His presence. When Adam and Eve sinned, the Father and the Son devised a plan, whereby they would be able to reconcile humans back to God. When we sin and have sin in our heart, it separates us from God, the Source of love and life. Thereby without Him we are dead in our sins. The only way that we can be reconciled then is by someone taking our place. But a human or an angel wont do.. instead the Son of God gave himself for us. To redeem us back to God. Don’t forget that Satan, the serpent, would have proven a point that God and His law was unjust, unmerciful.. if Jesus didn’t give His own life. There is no doubt in anyones mind now. And the animals whose blood was shed, it represented and pointed people forward to the ultimate sacrifice, the Lamb of God! He has died for all the bad choices you’ve made, all the dark things you’ve done, already paid for, to secure you a place in Gods kingdom, because He doesn’t want to be separated from you. Yes, He would’ve given His Son, even if you were the only person to accept that gift! Blessings

Except there was no Adam and Eve. Adom means man, it’s not a name of a person. Man DNA can be traced back 500,000 years. Woman to only 99,000. Earth was a slave colony. They were made in a certain order. Lower class(muscle) Neanderthal, next class Cro-magnon, then h**o-erectus, last and highest class were the Creator(Osiris) personal servers h**o-sapiens. The h**o-sapiens were all males. For 400,000 years it was working fine until the h**o sapiens were found mating with the lower class caveman’s females and bore children that were giants and were filled with evil. Osiris then decided the punishment would be destruction of the world and Set(Moon) was sent at the planet after she had it rain for 40 days to drown the Giants who couldn’t swim.

Why would the all knowing, all powerful, creator of all’s, master plan be to have his “only son” tortured to death? Only an evil being would be pleased by shedding innocent blood. Most people consider research to be looking something up on google, people who truly research spend hours and hours looking though PDFs, etc and comparing info from different sources. The anunnaki created a race of beings to mine gold, called the Igigi, there’s a gold mine in Africa carbon dated to be 100,000-200,000 years old. The Igigi got tired of brutal labor and revolted. The Anunnaki then decided to create a race of beings just smart enough to follow orders. There was a dad named Anu, an older son named Enlil and a younger son named Enki. Enil was always jealous of his younger brother Enki b/c he was smarter and better scientist etc. Enki was tasked with the job of creating the new race of beings. Enki created us with the DNA of Anunnaki and female hominoid, and without the consent of the rest of the Anunnaki, gave us gifts to be able to ascend to their level of even higher. This started a war between the 2 sides of the Anunnaki, one that wants to see us ascend, and the other that views us as beasts and don’t think we deserve those gifts- like our pineal gland (third eye) and the kundalini. During that war, Enlil used black magic to summon beings from a lower dimension to use as a weapon against his brother Enki, these beings are called Archons. But instead of him controlling the Archons, they ended up controlling him. The Archons can only be seen on a different frequency (hiding in the shadows), and can only be seen by humans or take human form via blood sacrifice. This explains a lot, like the tower of babel, we reached too high level of intelligence and consciousness, so he divided the nations and languages so that we don’t work together as one. Also explains why we used to live thousands of years, the warring evil side of Anunnaki didn’t like that b/c we reach too high levels of intelligence and consciousness, so they put a cap on our chromosomes so that we die after 120 years. Also explains why we only use “10%” of our brains and the portion of our DNA labelled “junk DNA”. Interesting that the “scientists” choose to call it “junk” of all the names they could’ve used. Enlil is represented by the eagle and Enki is represented by the serpent, which is why you see all these flags with eagle and double headed eagle, it means they’ve been conquered by the warring side of the Anunnaki (mexican flag is perfect example). The founders of USA didn’t want the eagle to be the nations bird, they wanted it to be a turkey, and somewhere down the line it became an eagle. St Patricks day is actually a celebration of St Patrick kicking out all the snakes from Ireland, but b/c of latitude/longitude there’s never been any snakes in Ireland, it really stands for when the christians went to Ireland and killed/tortured all the serpent knowledge from Ireland. Try to have an open mind Micheal, if I believe something today, and tomorrow I learn something that makes more sense, I’m always going to go with what makes more sense, I don’t stick to my old beliefs just b/c I’ve invested time into thinking they’re true. You think Christians built those gigantic cathedrals with perfect precision and perfect symmetry with zero electricity or power tools? They’re actually power stations that were able to extract unlimited free energy from the ionosphere.. Which was before the most recent great reset that occurred in the early 1800s or late 1700’s if I’m not mistaken.