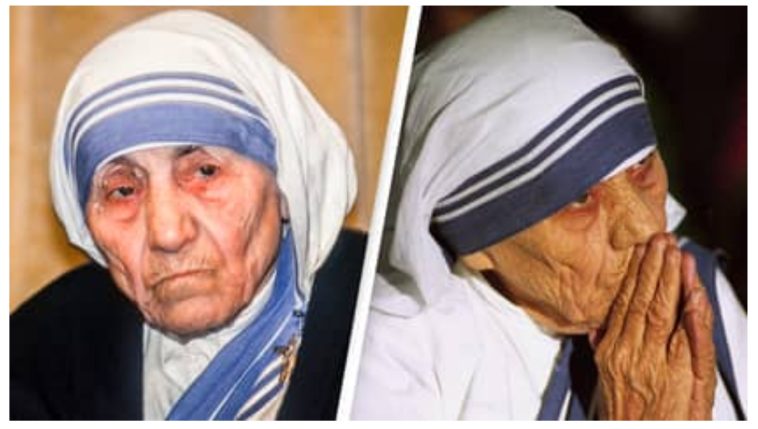 Her stance on the the growing scandal of child abuse by priests was controversial after Reverend Donald McGuire was suspected of abuse, she wrote a letter to the authorities highlighting her ‘confidence and trust’ in him.

This allowed McGuire to abuse hundreds of boys for another decade, before eventually being put away.

I’ve read some stuff showing that she was a child trafficker for the Vatican, which at this point in my research seems very plausible. There is also a lot of compelling evidence that Billy Graham was a mk ultra handler and trafficker. Nobody who hangs out with the occult elite does so because they’re a good person. I’ve learned to never, ever believe what we are told about anything, and I mean that literally.

We all know by now that the Nobel peace prize really means who was able to cause the most chaos and deception. Only ones who get it are actors, people who have caused actual chaos and NWO organizations.

Exactly. Everything is inverted.

I read that she received a lot of donations that were never used to help the poor but were used to enrich the Vatican. The priests are covered in gold and jewels and their palaces are literally paved with gold.

Apparently they have massive vaults of treasures too. They’ve been performing wealth heists since the beginning, just one big coverup for satans army on earth.

It seems that elderly Catholics would never accept the truth about mother Theresa. The only ones who probably would would be the ones who were actually molested by the priests. Other then that she was a serious agent for the Vatican.

Blue and white like her uniform are the colors of a 33rd degree Freemason.

Not just dark side but evil