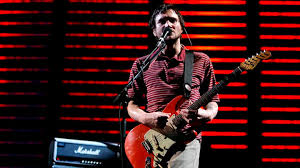 In an interview about the upcoming album that emerged this week, the 52-year-old guitarist said he dabbled hard in the dark arts near the end of his second tenure in the Peppers.

“I became quite off-balance mentally those last couple of years we toured,” Frusciante tells Classic Rock. “As the tour went on, I got deep into the occult, which became a way of escaping the mindset of tour life.”

He adds, “The occult tends to magnify whatever you are, and I was an imbalanced mess.”

Yeah there was a documentary about him, Johnny Depp and Timothy Leary all being into Crowley called “Stuff”

In the documentary ‘My Psychedelic Love Story’ Leary’s ex-girlfriend Joanna Harcourt-Smith said that Leary told her he is the reincarnation of Aleister Crowley upon their first meeting.

Frusciante gave River Phoenix the drug cocktail that killed him. It is alluded to in the book ‘Last Night at the Viper Room’, although the author obviously didn’t want to say it directly.