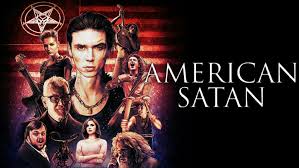 American Satan was a movie about the rise of a band called The Relentless who sell their souls to the devil in order to make it big in the American heavy music scene.

A continuation of the movie American Satan premiered last year on Amazon Prime as a series called Paradice City and is currently set to release it’s second season: 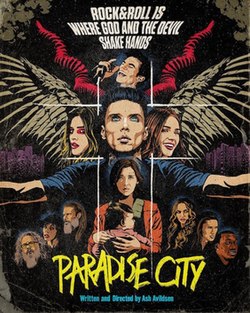 Traded it all for a moment of glory – Andy Biersack

It’s quite possible he did sell his soul

I really have no words… I’m shocked to see Andy Biersack here.

Maybe this movie is a reference to Black Veil Brides’ satanic pact? I mean maybe it’s not a coincidence that he participated to this film.

I still remember listening to their first actually famous song back in 2010 and thinking the song was not that good and the band members looked like posers. I was surprised to see they actually managed to keep a flourishing career for so many years. I guess this explains a lot.

Until today I just thought they had a nice stream of obsessed fangirls who kept them going because I don’t remember them attracting a lot of male fans.

I’m sad to see this though, I still remember Andy’s early days and he seemed like a clumsy simple boy. Maybe I was wrong or maybe he joined the wrong circles later on.