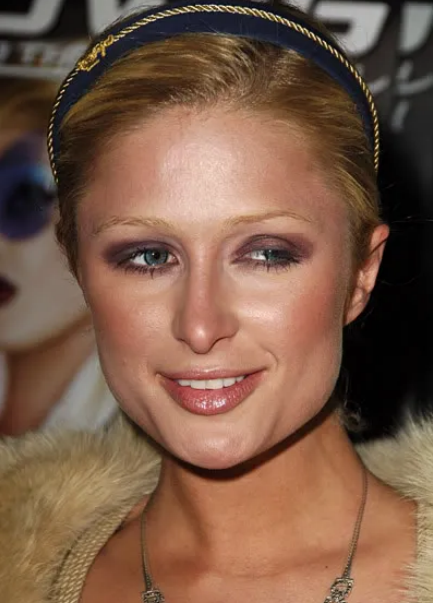 Paris Hilton never had a lazy eye in her youth until quite recently.

Officially this come from a failed surgery but the truth is that she sadly is a MK Ultra victim and that includes frequent Electroshock Therapy. Lazy eyes often appear to the subject of such torture.

In 2015, Nicky Hilton married James Rothschild. It is very probable that the Hilton are a Satanist family like the Rothschild. Paris Hilton has been designated like the black sheep that will be constantly victimized.

This Is what I’m not liking about this new site: people coming in to post sensational, ill-informed delusional stuff that is not true AND makes the truther community look insane.

There’s a gazillion things to be said about the entire Hilton dinasty, but this isn’t it.

Paris has ALWAYS had a wonky eye. Since the beginning.
There’s a million of pictures to prove this; in fact her infamous South Park episode from seventeen years ago made fun of this well know fact.
Moreover, in the last few years she underwent surgery to correct it (look up Lorry Hill’s video on YouTube about her surgeries).

Stop making ridiculous, unchecked, borderline-schizo stuff up.
What’s next? Her being a “secret transexual”? LOL (if only y’all knew the real truth about that conspiracy…).

But she did allegedly experience some sort of torture at that school for troubled teens she was forced into. Perhaps it happened there.

This claim is unfounded but I have to agree. She openly talked about her traumatizing experience at an Elan-like school, I was wondering if it was just the tip of the abuse iceberg.