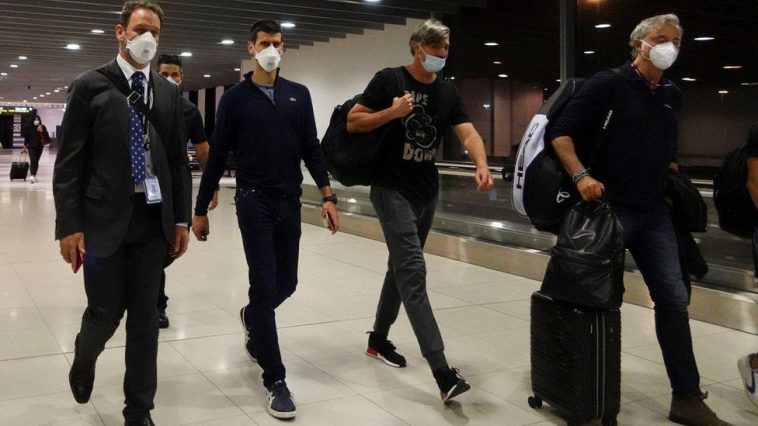 Novak Djokovic’s final bid to avoid deportation and play in the Australian Open despite being unvaccinated against COVID-19 ended Sunday when a court unanimously dismissed the No. 1-ranked tennis player’s challenge of a government minister’s decision to cancel his visa.

Djokovic said he was “extremely disappointed” by the ruling but respected it. He released a statement shortly after three Federal Court judges unanimously upheld a decision made Friday by Immigration Minister Alex Hawke to cancel Djokovic’s visa on public interest grounds because he is not vaccinated.

“I am extremely disappointed with the Court ruling to dismiss my application for judicial review of the Minister’s decision to cancel my visa, which means I cannot stay in Australia and participate in the Australian Open,” Djokovic said in a statement. “I respect the Court’s ruling and I will cooperate with the relevant authorities in relation to my departure from the country,” he added.

Djokovic said he was “uncomfortable” that the focus had been on him since his visa was first canceled on arrival at the Melbourne airport on January 6. The national federation that runs the tournament, Tennis Australia, said it respects the decision of the Federal Court. “We look forward to a competitive and exciting Australian Open 2022 and wish all players the best of luck,” it said in a statement. In Serbia, President Aleksandar Vučić said the hearing was “a farce with a lot of lies.”

“They think that they humiliated Djokovic with this 10-day harassment, and they actually humiliated themselves. If you said that the one who was not vaccinated has no right to enter, Novak would not come or would be vaccinated,” Vučić told reporters.

I am truly thankful to the owner of this web site who has shared this fantastic piece of writing at at this place.