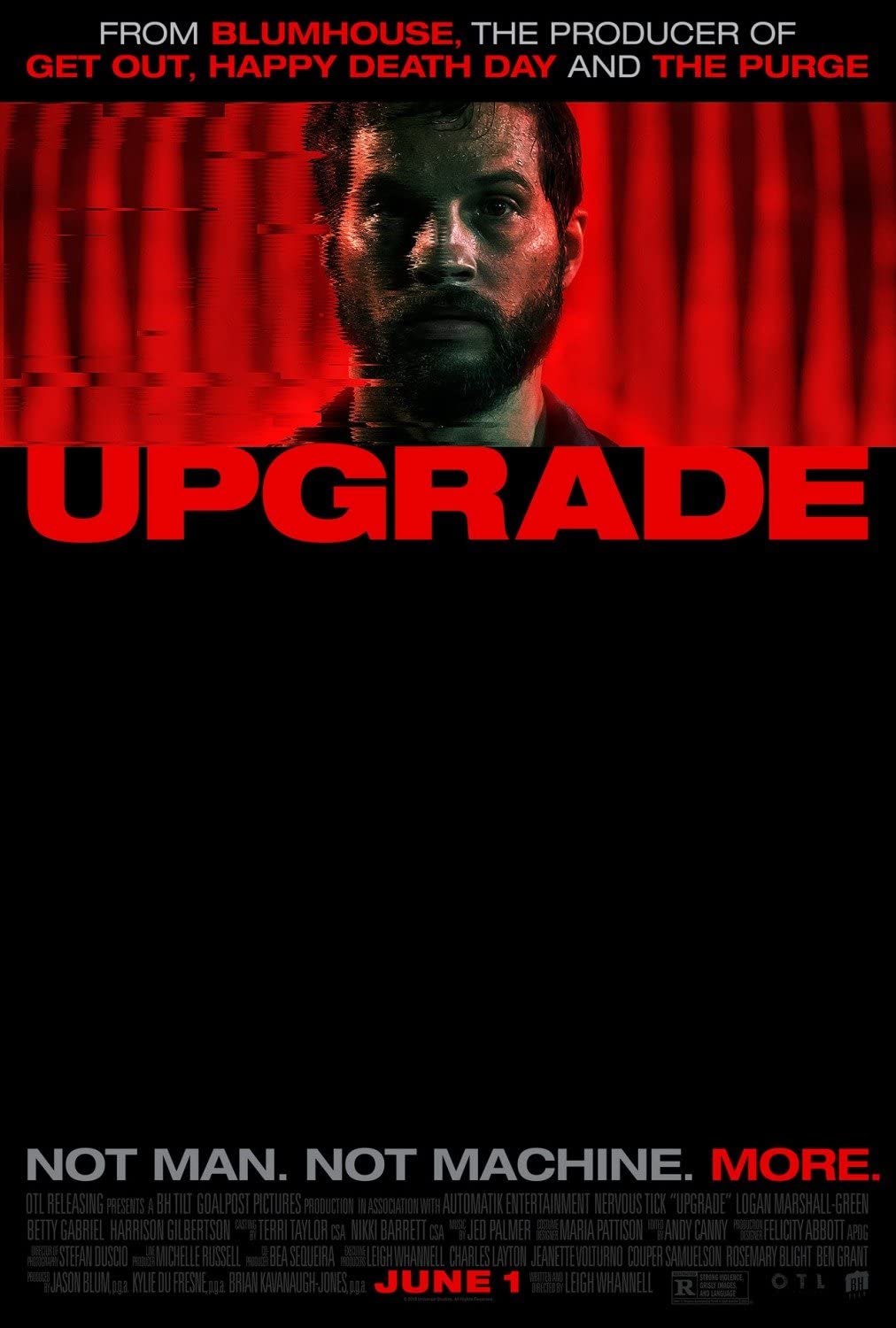 If you’ve ever seen movies like Childs Play, The Thing, Faculty and Venom etc then you might have noticed that they all have something in common. In all these movies there is a creature who is trying to snatch a human body for itself using force or deception. Does it bring something to your mind? If you are a believer in the Bible or if you just simply are capable enough of seeing what’s going on around you and connecting all dots, then you should at least presume that there are some super intelligent and powerful creatures around us who are anxious to take over our bodies. Luckily for us, they aren’t allowed to come into our lives unless we invite them somehow, and they cannot snatch our bodies unless we will give it to them. Perhaps, there is a distinction between people who were born into a satanic bloodline and have never even had a chance to know “another way” and the ones who started in the faith and have learned about God’s side and Devil’s side but decided to betray (switch sides) to gain some benefits. Or maybe there isn’t. Who knows?

The movie upgrade doesn’t only features that kind of creature but it also shows how does it work step by step. It also shows how these creatures set us against each other and against The Most High in order to achieve their goals and to leave us vulnerable (without His protection). There is also a lot of predicting programming as the movie takes place in a futuristic, transhumanistic world.

It doesn’t matter how you call them: demons, pagan gods, aliens, AI or spiritual guides and it doesn’t matter if you believe in them. The truth is that people who rule this world, celebrities, and the rest of the elites not only believe in them, they worship and serve them. There’s no doubt about it. There is also no doubt that the only thing they need of us is our bodies but to get them they have to separate us from God, get into our hearts and get our permission. Just like one of them did in the movie Upgrade. In the end, the main character ended up in his mind, in a sleep-like fake reality and the demon probably continued killing everyone who could possibly expose the truth, including the main characters mother and a hacker who has helped him.

To summarise, if you are reading this article then it means that you probably know a little bit about our true reality and about this spiritual warfare. This means that if you ever consider switching sides and making a deal with the enemy then you will be no better than Cypher in the movie Matrix or Ephialtes in the movie 300 (the one who betrayed Spartans). And even if the demon taking over your body will put your consciousness in some kind of a nice dream instead of a nightmare (because nobody likes traitors) then your punishment might be without mercy on judgement day.

What? What do you mean “woke”? And that is what The Screwtape Letters has ALWAYS BEEN, you complete phony. Don’t speak about books you have never read. C.S. Lewis was a Christian, and has converted millions more through reason than you could ever hope to by FEAR.

I, for one, am grateful that someone explained DIRECTLY TO A CHRISTIAN AUDIENCE, how their manipulations work (and even he warns in the preface that Screwtape, being a devil, may still be lying).

You have this book all wrong. In fact, I have found that the parts which YouTube suspiciously semi-censors concern the dangers of Communism.

But if THAT is what you mean by a “woke version”…um, YouTube not linking a seperate video of a chapter, is not the same thing as the book being edited. :/

I got to say, the part where you say Spirit Guides is pushed.. a lot and based off of ignorance. I get that God is the one but depending on who you are Spirit Guides are there to help you. Each person on this planet is assigned a Spirit Guide, its your choice to listen and hear them or not. Mine saved me from 6 suicide attempts. Each and every single day, they push me to be grateful for all that I have (I mean I could have worse, like be homeless, stuck in the hospital out of sickness, dying, etc). They push me to self heal the traumas that I lived through my whole life, they push me to be more positive, they push me to bring light to this world and help the ones suffering and guess what… I don’t have to sacrifice or hurt anyone or myself in the process. If you’re born to be God’s child and create light in this world they will help you to the best of their abilities, if you were meant to create bad, they will help you to the best of their abilities. They are here for you. You need to stop looking at the Spirit World as being all bad because that means angels, guardian angels and what not are all bad. This is were your ideology is flawed, it’s like saying Allah is bad because he’s not Jesus Christ, but he’s not, people have been picking and choosing what they want in the Bible and Quran amongst many other sacred books since the dawn of time. I follow and support everything else but Spiritual Guides are there for you. Not all Spirits are bad, not all Guides are bad, not all Gods are bad. You need to work on yourself to distinguish the ones that want your good and bad and kick the bad ones out. Do not attack every other beliefs that go against yours, that’s why more and more people are leaving Christianity, because you believe everything outside of it is bad. Let you in on a little secret, some of the gifts that Jesus Christ has like you read in the Bible are called psychic abilities, to heal with one touch (Reiki) for example. Everyone on this planet including you have psychic abilities given to you by God himself now its up to you to use them or ignore them but he sure as hell want you to use them to help you in this lifetime. They are there for a reason, for you to you. You need to find balance in every single thing you do, stop going from one extreme to the other.

Blessings and salutations dear brother. I do have to proclaim to you, the fact is there is only one way to heaven and that is through our savior Jesus Christ. If you chose to believe all that you say, I can say that you, my friend, are running off of ignorance and a lack of understanding of God’s word, the Bible. Psychics, witchcraft and spirit guides are not the route that God wants for His children, and he has advised us of that in the Bible, that is considered idolatry and it leads you away from the guidance and love from God. Per your ignorance and lack of wisdom, you don’t seem to understand that there is only one true God, creator of the heavens and earth and creator of you. That is our God of the Bible, our God, father of Abraham. I pray that you will pick up the Bible and read God’s word and begin to understand the truth and stop leading not just others, but yourself down a path towards eternal damnation, because without God there is no eternity. Your “spirit guides” will not be able to glorify you, forgive you, love you or show mercy, because as Elijah showed us, false idols are nothing but the stone that our God created. I pray you come to God, He is always waiting for His lost sheep to come home, pray and repent, leave your false idols and create a loving relationship with God. You cannot serve two, one must chose God or the devil, and anything that is not from God, is from the devil. Either you are for Him, or against Him. Blessings to you.
And in regards to the others that are leaving God’s walk, they were never truly saved to begin with. The Bible let’s us know that backbitters and backsliders never were truly on their walk with Jesus. Read Matthew 13:1-9, there are 3 types of “seeds”, followers of Christ, and some of those seeds want to believe or follow Jesus because of something good, or a feeling, but deep down they never truly converted and picked up the cross to bear. I pray you find understanding and wisdom dear friend.

I believe that what the Bible say is truth and reject your new age nonsense. The Bible is clear they come to kill, steal and destroy. The ones you truth decide all nations. I’ve seen and experienced too much to believe agree with you and disagree with the Word of God.

You want people to be “more balanced”, but between what? You, yourself, still define Good and Bad, so what is your argument, here?

I just think you haven’t actually thought this through…but both Christians and New Agers could do with a dose of logic, before we “return to monke”, by ignorance…

Spot On!! I ve been saying this…it’s the complete way it happens… it’s sad how so many did not catch this…thank you for affirming me

I thought Upgrade was great. One of the best movies I’ve seen in years with a really cool cyberpunk premise. Watch this amazing camera work / fight scene from the enhanced by AI lead actor:

I agree, it surpassed my expectations. Very enjoyable watch.