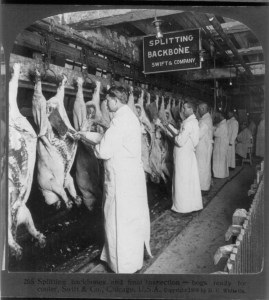 John Corkins, vice president of the Board of Trustees of the Kern Community College District Board, has a simple solution for those faculty who question diversity, equity and inclusion (DEI) progra…

“Got them in my livestock operation and that’s why we put a rope on some of them and take them to the slaughterhouse. That’s a fact of life with human nature and so forth, I don’t know how to say it any clearer.”

“In a recent column, the editors of the legal site Above the Law mocked those of us who objected to the virtual absence of conservative or libertarian faculty members at law schools. Senior editor Joe Patrice defended “predominantly liberal faculties” based on the fact that liberal views reflect real law as opposed to junk law.  (Patrice regularly calls those with opposing views “racists,” including Chief Justice John Roberts because of his objection to race-based criteria in admissions as racial discrimination). He explained that hiring a conservative academic was akin to allowing a believer in geocentrism (or that the sun orbits the earth) to teach at a university.

It is that easy. You simply declare that conservative views shared by a majority of the Supreme Court and roughly half of the population are invalid to be taught.”

It’s animal husbandry simple as. If you do not fall into the small window of what’s required…you aren’t required.

Jesus how did we get here?

Well first off, Geocentrism is real. Anyone with a working brain & rational thought process knows 1. Earth is flat, and 2. Earth is immobile. No, we are not spinning around at 1000 mph, nor are we zooming thru the universe at 66,600 mph. Heliocentrism, Big Bang Theory, and Evolution were all “Freemasonic Inventions,” designed to eliminate YHWY from existence & the educational system.

I disagree and my rationality is just fine.