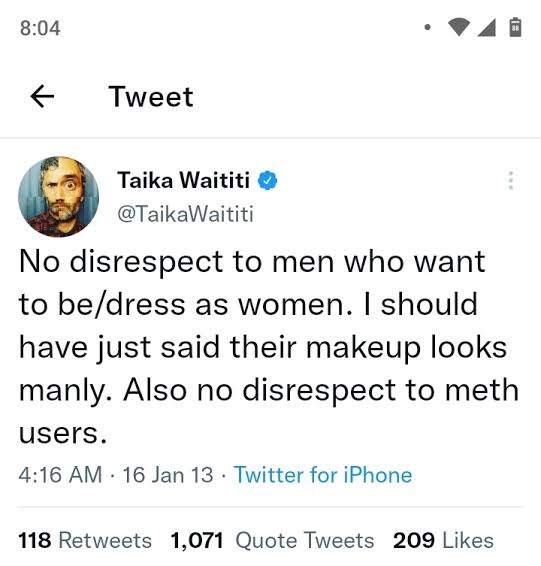 Taika Waititi, the director of Marvel’s “Gayest Movie Ever,” aka Disney’s “Thor: Love and Thunder,” is facing significant controversy over a number of previous tweets that woke activists have labeled “transphobic.”

Nice one eye sign in your profile pic, Taika. Here is another from one of the articles below: 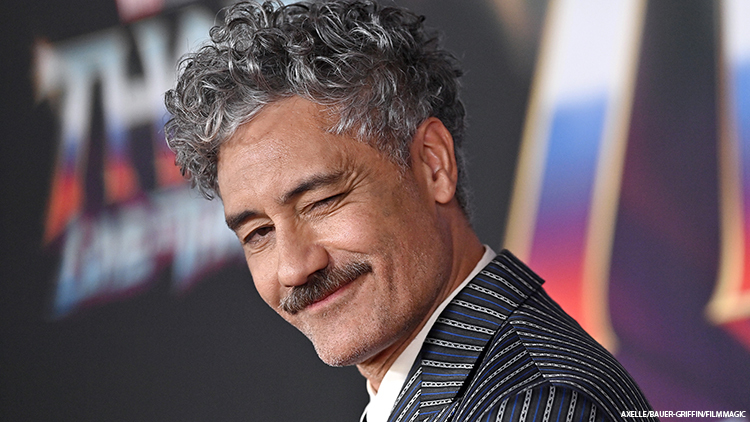 “I think, innately, humans have all got some degree of queerness in them,” the Oscar-winning writer-director told Out. https://www.out.com/film/2022/7/08/thor-love-thunders-taika-waititi-were-all-queer

He acts as a gay man in half of his films, and he even made Blackbeard the pirate gay! Not to mention claiming that “non-binary” people were rampant in those times.

Waititi is clearly not “phobic”, but in real life a woke extremist and as I discussed in my previous post about Jeremy Renner, Waititi is a dangerous promoter of p@edophilia. Be careful of him.

This article was reposted after an error regarding some of the resources included failed to upload.

So you give him the attention he craves by reposting his tweet?

Do you not know the purpose of vigilantlinks?