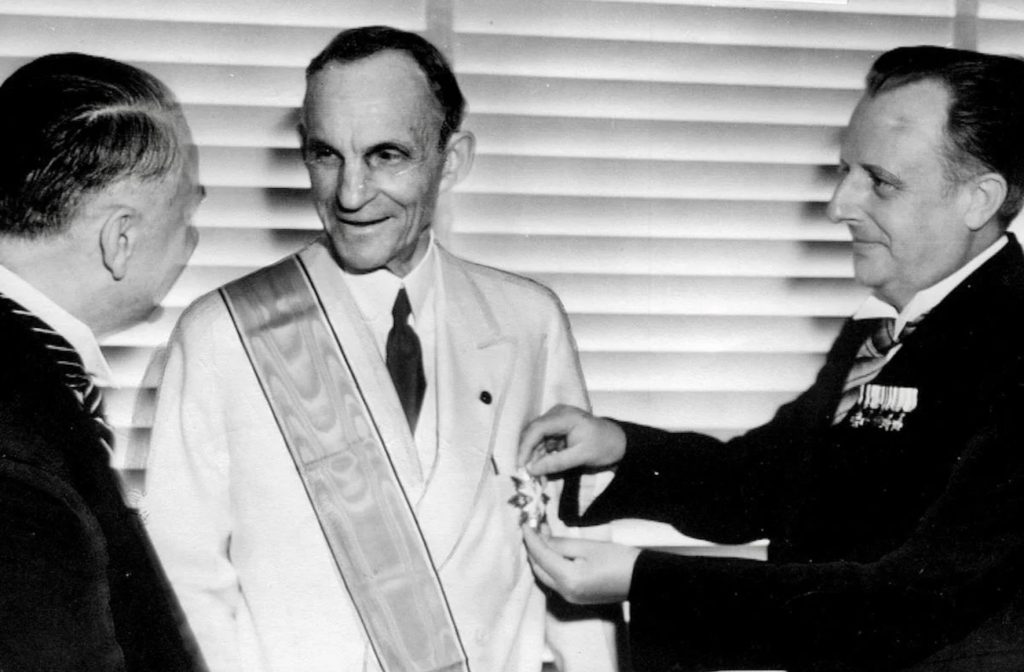 At a ceremony in Dearborn, Michigan, Henry Ford is presented with the Grand Cross of the Supreme Order of the German Eagle on his 75th birthday. Henry Ford is the first American recipient of this, an honor created a year earlier by Adolf Hitler. This is the highest honor N**i Germany could give to any foreigner and represents Adolf Hitler’s personal admiration and indebtedness to Henry Ford. The presentation is made by Karl Kapp, German consul in Cleveland, and Fritz Heller, German consular representative in Detroit. Ford is the only American mentioned in Hitler’s book “Mein Kampf” SOURCE HERE

Didn’t Henry Ford actually publish “The Protocols of the Elders of Zion”? It must have tickled Adolf’s fancy to be validated by a foreigner

Ford was maybe manufacturing vehicles or parts for the Third Reich?