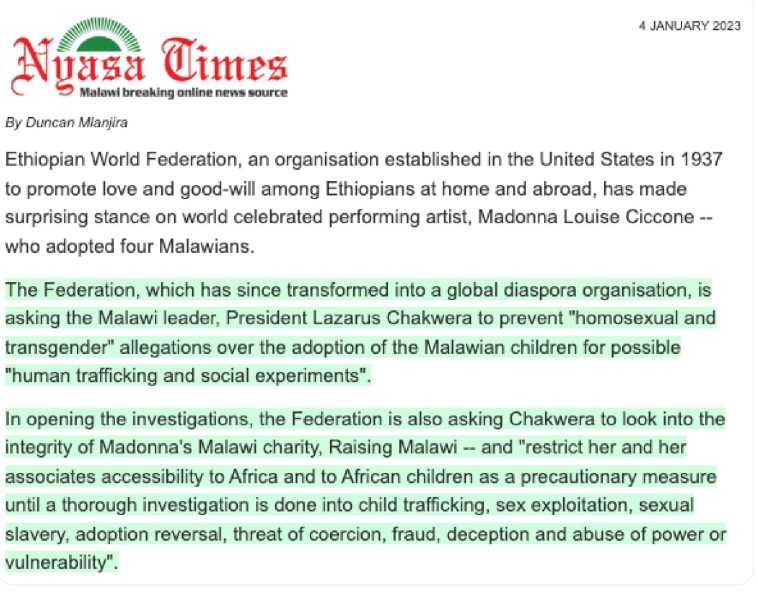 The Federation, which has since transformed into a global diaspora organisation, is asking the Malawi leader, President Lazarus Chakwera to prevent “homosexual and  transgender” allegations over the adoption of the Malawian children for possible” human trafficking and social experiments” In opening the investigations, the Federation is also asking Chakwera to look into the  integrity of Madonna’s Malawi charity, Raising Malawi — and “restrict her and her  associates accessibility to Africa and to African children as a precautionary measure until a thorough investigation is done into child trafficking, sex exploitation, sexual slavery, adoption reversal, threat of coercion, fraud, deception and abuse of power in vulnerability”.

Our African brothers and sisters are always on this s**t.

Also what the AF is she doing to that you lad? Jesus. 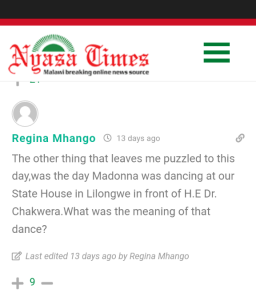 Every sane country should start to expel or execute all zio-american/western assets- spies, think tanks, ambassadors, etc. and all their shills. Same like Iran is doing with western satanists and traitors. If i was Ethiopia or any other African or Asian or South American country, i would shot every zio-american/western european on spot without blinking.

Everyone just because of their country? Don’t lump your words together. Its so similar to double speak

As a singer and dancer, I admit that I enjoyed Madonna’s earlier music. When she started the African adoptions, I started to get suspicious, but I held onto my praise of her as “an original” who “carved her own path in the music business.” I couldn’t have been more wrong. It is disheartening for us to realize that we’ve been lied to about pretty much everything and everyone, especially when it comes to “entertainment” which we all thought was about “artists.” Hollywood is such a cesspool.