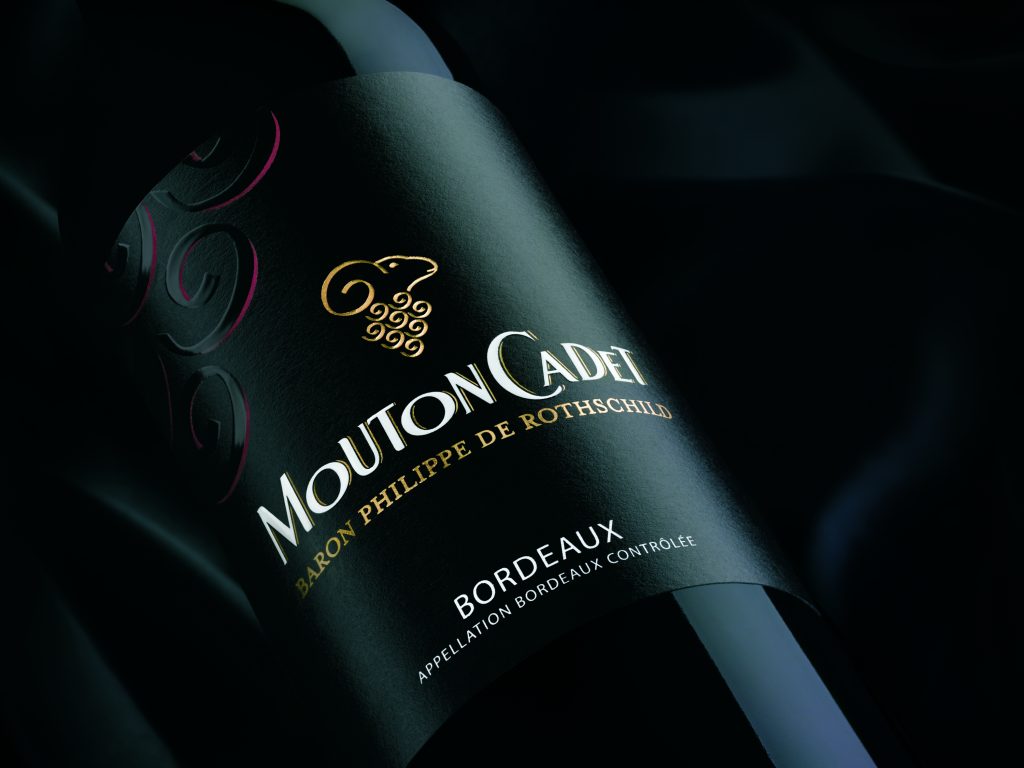 Notice the 666’s under the ram head…Also looks like pedo swirls.

Good catch. Also something seems odd to me about the two “O”s separated by “UT” and the oversized “C” but I can’t quite place my concern.

I don’t know but the word ‘oUTo’ is Finnish for the word ‘weird or strange’. The oversize C looks like a cresent moon to me. Mabey ‘Strange Moon” ? Probably have to go look at the root letters to disipher though.

This comes directly from old Hebrew, the story of Soli-man, who has “peacocks,” who are demonic solar birds (as the Yazidi worship,) that come once every three years. The word used is:

וְתֻכִּיִּֽים “We-Tukkim” = Tuko in the singular and it means peacock only by association to the solar birds many eyes in the feathers. It actually means “council of demons,” or “luciferian spirits,” and it is used frequently in Babylonian demonology to refer to a divine council. The singular is TUKO/Tuco. This word kept it meaning around the world, including the Native American word WeTiko/Wendigo, the infecting spirit discussed in Chapter III that makes people murderous, thieving cannibals: AKA psychopaths.

One reference in modern pop culture is the character Tuco in Breaking Bad. The whole show is a cosmic Luciferian Christie passion play, but in relationship to this word, the character (who is a murderous psychopath) is killed by Hank/Hanak while rampaging , and his silver teeth (silver was always the shining bones of the gods in Egypt), are then encased in the cube of materiality. This relating to the 30 shining pieces of silver in Matthew 27.

Those teeth are then cast into the river (of the Milky Way) because they haunt the Hanak.

The shining pieces of silver in the kube of materiality on the Hanak’s desk. 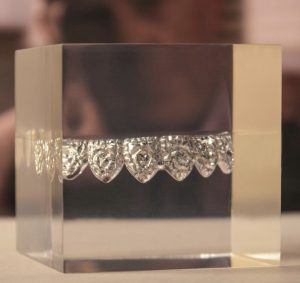 Further the UT in English is a transliteration of “The Mark of Kain.” The word used in Berashid 4 is:

And CNM is Khnum, the Potter as written in Hieroglyphs and the Gematria is 3-50-40 which is 93; it is 93 million miles to the Sun.

So it is also an anagram for UT KNM, Ut Khnum.

“The Mark of Kain, The Potter of the Setting Sun.”

Spitballing, but we know how they love base deception, so…

moo (cattle sounds, what they call us)
mut(t)on (the flesh of a mature sheep used for food)

cadet – “small head” – the younger son of a noble family (potentially important if things go badly, otherwise largely useless and lacking much inheritance except for lower people wishing to gain title. These men were sent to court or to clergy to serve or had to seek gainful occupation or they became open outlaws or murdered their brothers to advance). “Captain, chief”.

“For the status as such, the noun cadency exists, as in the heraldic term mark of cadency, for a feature which distinguishes a cadet son’s coat of arms from the father’s which is passed on unaltered only to the (usually firstborn) heir.

“Military has been the traditional career choice of the nobility throughout the centuries, and it has been customary that the firstborn son inherited the title, lands and possessions, while the younger sons of a noble family went to the military, often to be trained as officers. Hence the meaning “cadet branch” for a junior branch of a family and the term “cadet” for an officer trainee.”

Given the MoUToN, I’d give a hard pass. Who knows what this is adulterated with?

The wine absorbs the energy from the label……..see the work of Dr. Masaru Emoto….cymatics…

Not to mention the inverted 666 in the grape

It’s actually a trio of them, if you count the mirrored ram’s horn.
A square of 666

It is a reference to the golden ram; Jason and the argonauts and the Golden Fleece.

The writing from right to left reads:

תֵדָ֑ע = Teda(c) it is often used in the phrase Ki Teda(c) which means “Surely, you know.” Teda being “Knowing.” It is a rhetorical question of knowledge, which mostly discusses humans inability to understand even a fraction of the magnificence of YHWH and his creation.

This phrase appears in Job 38:5 followed by the string of words:

Hagged Im Yada Ta Bina “Declare if you have understanding.” You may have realised that the word Bina appears, which is very close to Bani, meaning “Stone.” It is also close to the meaning for straw, as it appears in the use of mud bricks to construct the Tower of Babel, rather than using stone. I won’t dive much deeper, but it connects to the root of understanding, stone working, and Kain’s sacrifice of straw.

Notu, which comes from Old-English proto Germanic and means “profit from the land,” or “advantage,” and “Cattle, Property,” as well as “office, occupation.”

Om = a reference to mystical mantras, but also in the UK it means “Order of Merit.” A luciferian award/order for advancing the Queen Mother’s interests towards the great work in the common wealth.

And so the label means “Knowing how to profit from the cattle in the Order of Lucifer’s Merit.”

And the choices of language transliteration are also extraordinary revealing: The Rothschilds are descended from both Aryeh Yehudah and Serpents, the former pharaonic and then Venician family, having interbred with descendants from James, the brother of Yeshua. Hence they are from the “cadet,” line.

The order of Merit iconography, the Templar cross, the turning of equinoxes in Sumeria topped by the mitre of the dragons and clothed in the colors of Blood and Water, as Mithras… usurpers they are. 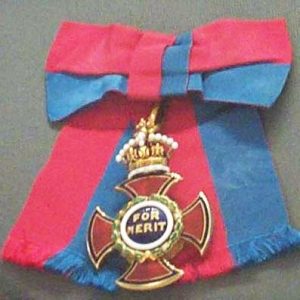 Decendents of AY and serpent?……very interesting. Gem, would you please expound on this?

Its fairly self explanatory: the descendants of Kain wish to possess everything: possessors possessed by their possessions.

This is why the scriptures warn so greatly of the succumbs female. No this is not all women, this is the way that the descendants of Kain have tried to use their female offspring to obtain and possess the Y chromosome and knowledge of the Aryeh Yehudah, as discussed in the story of Shamesh-on in Judges.

They now do possess our Y-Chromose, since somewhat before they first created the Merovingian Line; descended from James, not Yeshua. All of this literature regarding the Y chromosome in south France, as per usual, bears a kernel of Truth, mixed with a whole lot of usurpation and twisting.

After the temple was destroyed in 69 AD, for which Yeshua had planned all along, and thus left us Revelations as a guide to the age, we departed for Iberia, land of Iberu, the Hebrews.

There the pheonician-Carthaginians had conquered and Serpent settled many centuries before to supplant; always biting the heel. And there the male lineage of James was lured in by one of their women, and then was manipulated/tricked/forced not to depart, as is the Aryeh Yehudah custom.

The line of Yeshua’s has not nor ever will yield, no matter how much they have tried to extinguish; very, very few remain in unbroken male lineage. There is now those that descend from both Yeshua and James, James through the female line and Yeshua male.

And so they, these Bloody Red Children have as per usual, set about impostering through the false Mary Magdalene stories they’ve invented through twisting of Truth.

This is why on the GGS/666 Ge-orge -Giide Stones it claims to be built by Concerned HAMARUCANs (serpents of Amurru) the “Christian” Psuedo NYN. Psuedo meaning “false/in place of” just as Anti in Greek, and NYN being Nun, The serpent impostering as the Fish, just like the letter. Christian meaning anointed one, consecrated, as N@ZI means in Hebrew. The red children and Ge-Orge Saros built this.

The message literally encodes “built by the plumed serpents, the anointed AntiXristos who is the serpent impostering as the fish.”

Thank you for this Gem……….I find lineage most interesting…….

You have spoken of yourself , a male, AY, and your path………what of the female AYs and their roles within the community?

Very in-depth analysis! I am glad I have y’all as a resource should the need arise.

Thank you for seeking Truth Randall. Grateful to be able to help you however possible along your path.