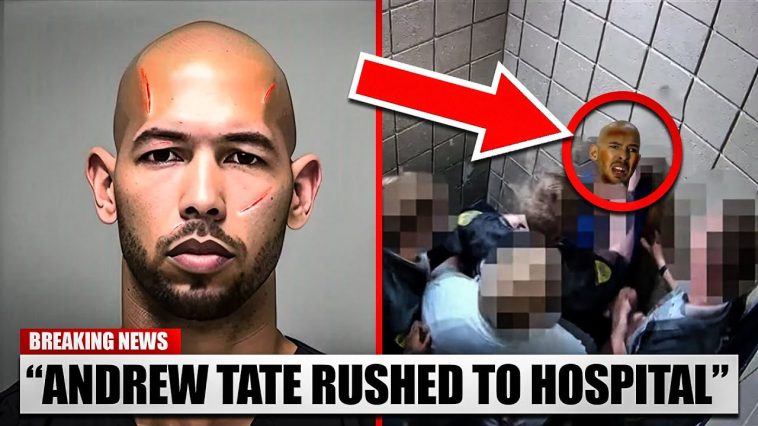 Yesterday he was taken out of the Central Prison of the Capital Police and taken to a hospital because when he was incarcerated, according to the procedures, he was given a medical examination and the prison doctor asked him if he was suffering from certain ailments.

The attorney for the Tate brothers notified the central detention center and stated that he had certain medical problems. Based on this notification, yesterday he was taken to a specialist consultation in a hospital in the capital.

He is now again in the central detention center of the Capital Police.

Strange how not a lot of people om either side are talking about this.

He has been throwing up occult hand signals during the whole ordeal.
I am guessing psyop as there are pics of him laughing with the swat team.