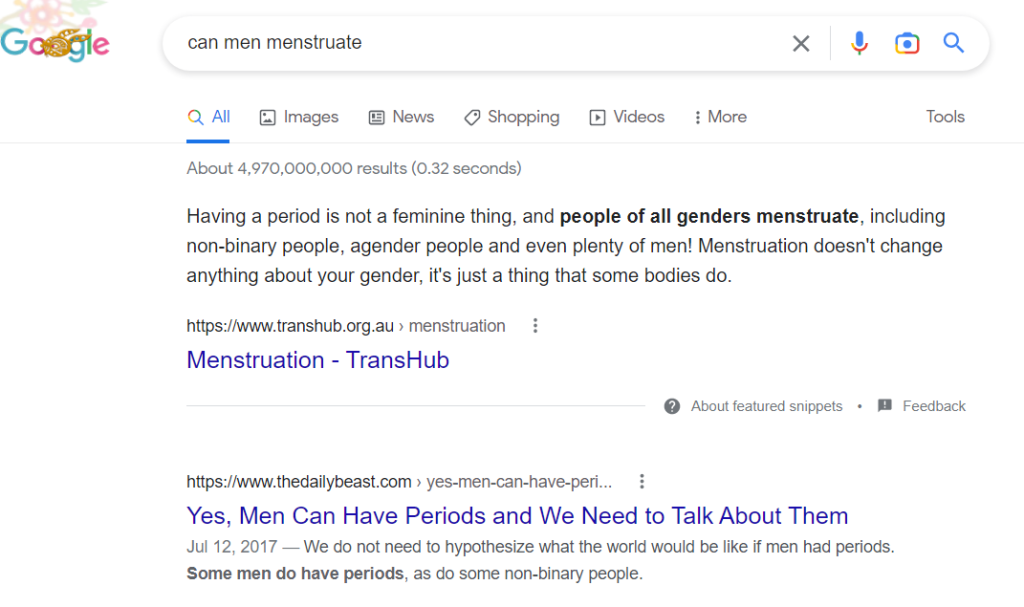 They change universal truths to the point black is no longer black, but pink. They’ll show us yellow and they’ll say “it depends”…

This post strenghtened my suspicion about many other things being twisted to fit their multi-faceted agenda… from the most common ones like “ garlic and mint are very dangerous and even poisonous” and the historical ones ( for example, talking about my country’s patriotic figures that for more than 10 years they are demonized, stripped off of every single merit they had. The heroes are no longer heroes).

These people are like an octopus operating in multiple fields. I don’t want to think what they’ve done to history. Anyways, I made a screenshot for every single time someone tries to deny this. Aliens are friends trying to save the planet, men menstruate and get pregnant, Horus is Christ and Satan is the Saviour, Elon Musk and Bill Gates want us to thrive and live long and happy lives. Tony Blair is not a satanist, a war criminal and a pedophile.
Sandra, the Bull (ock) is not a t****y :)) (I couldn’t help it. Sorry! I know there will be people saying I am wrong about all this just because they adore Sandra and think it’s a woman)

I know most of this forum is terrified of AI, and that these supervillains have the best AIs in their toolbox, but Pandora’s box is currently sliding open and we have a chance to pivot control away from Alphabet and the like using the tools ourselves to amplify our ability to tell the truth.

I’m a bit too sleepy right now to elaborate, but I don’t think we are in a hopeless position.

Fear is not the way through this.

Calling out the truth on independent platforms, like VC does, is probably one of the best ways.

Blockchain based next-gen sites with other new ideas inspired and created with AI assistance.

People are writing guitar amp and After Effects plugins using ChatGPT. Imagine what AI can do to help us parse all of the network of obsbification double speak legalize morally relative gobeldy gook?

Most of the forum? Don’t generalise my friend.

This forum is 99% luddite fundamentalist Christians.

😊😊🙏
Am a proud fundamentalist christian who does not compromise my Faith to conform to the global / modern / popular agenda.

It’s either you stand for something or fall for anything..

Ephesians 4:4-6 KJV
There is one body, and one Spirit, even as ye are called in one hope of your calling; [5] One Lord, one faith, one baptism, [6] One God and Father of all, who is above all, and through all, and in you all.

God’s WORD will always be true and Amen! 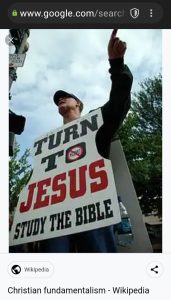 And this has been taught for TENS OF THOUSANDS OF YEARS through various different conceptions and terminologies according to time and place – just to clarify.

Matter, Spirit, and their progenitor, the absolute ALL

…exactly my point! The Earth is a billion years old, the dinosaurs are at least 200 million years, we have been taught for tens of thousands of years. And then again, to link it to our genius boy, Darwin, men have evolved – they menstruate and get pregnant.

Man, species, have not and will not or ever will evolve in physiology and anatomy but socially, psychological, intellectually… along that line. Darwin’s theory has nothing but contempt for the human race by equating us to mere animals which the Heavenly Father gave us command & authority to rule and subdue.

Men, gender, do not menstruate, only women, and when it happens in women, it’s a positive thing.

I don’t know where you get your info but you have been indoctrinated and brainwashed in pure fallacy. Stop 🚫⛔ condescending on the male gender with such absurdities.

Truth is truth even all disagree, wrong is wrong even if all agree.
by ~

Genesis 1:26-27 KJV
And God said, Let us make man in our image, after our likeness: and let them have dominion over the fish of the sea, and over the fowl of the air, and over the cattle, and over all the earth, and over every creeping thing that creepeth upon the earth. [27] So God created man in his own image, in the image of God created he him; male and female created he them.

Genesis 2:21-24 KJV
And the Lord God caused a deep sleep to fall upon Adam, and he slept: and he took one of his ribs, and closed up the flesh instead thereof; [22] And the rib, which the Lord God had taken from man, made he a woman, and brought her unto the man. [23] And Adam said, This is now bone of my bones, and flesh of my flesh: she shall be called Woman, because she was taken out of Man. [24] Therefore shall a man leave his father and his mother, and shall cleave unto his wife: and they shall be one flesh.

2 Peter 3:5 KJV
For this they WILLINGLY are IGNORANT of…

The comment was ironical. The point was people are given lies on a regular basis and they believe it.

I would highly recommend: https://www.etymonline.com

You didn’t get the sarcasm. …I get it that you are a bit too tense and jump to conclusions a bit too soon. Chill out!
First of all, I am an orthodox christian and I also do not compromise my faith. As a christian, I do not agree (to use a mild term) with the darwinian point of view of evolution. God created man and woman. Creation! The problem is when you get people buy that they evolved from monkeys it gets just as easy to invent and sell “the billion years old Earth” lie, “tens of thousands years of teachings” etc. …and that is why so many people weakened and so confused with so much lie will one day sustain another big lie, which is that of “menstruationists”.

Sorry… I think i just came out just a little itty bitty too strong at yah! 🙈

i think i should apologize over a coffee ☕

Looking on the silver lining, gave me hope you are a plus 1 “orthodox christian” willing to take a stand for the truth…

Speak the truth even if your voice shakes.
~ maggie kuhn

:)) being a woman (natural born woman, which by the way, is the only type of woman there is) I guess I know enough about menstruation, won’t you agree? Chill out! There is no need for anatomy classes here.

The comment will stick here forever 😂 sorry! It did happened to me, too, if it makes you feel better. I have my own “wall of shame”.

The truth
Reply to  Pious

AstophraAllah. Muhammad(peace and blessings be upon him)was the last prophet of God. There are multiple issues with your statement. Please read more scripture before writing such blasphemous things. Salaam/Peace/Shalom

:)) apologies accepted!
I am a bit impulsive, too. I got over the indignation part quick enough and had a good laugh. Anyways, it feels good to know we’re on the same side, defending truth, doesn’t it?☺️

We are fundamentalists for a reason…

For example… Message Bible blending in hermetic views in the scripture… As above so below?!!

Heb. 11 11 where Sarah is portrayed as a transgender woman by the use of the pronoun “HE”?!!

That is purely absurd!!

The Law of Correspondence is a universal law of existence. “As Above, So Below”? Nothing evil about it.

Yet, heaven is not hell

Your appellative intrigues me. I find it too ironic 🤔

You are living in a “grey world” where it’s neither black nor white. You need to pray to God, The Holy Trinity, to give you the gift of discernment.

Judging by your zeal in the relentless comments… you remind me of Paul the Apostle with his mistaken belief and misquided loyalty how he over exerted himself into slaying christians to protect his own beliefs and philosophy until he met with the TRUE LIGHT.

He was converted and hopefully will you. It’s not too late as long as you have the breathe of life in you, otherwise if you cross-over into the world of the dead without making the “right choice”, you will regret for eternity…

Hebrews 9:27 KJV
And as it is appointed unto men once to die, but after this the judgment:

… Reposted 💭 this incase you missed it the first time…

That is purely absurd!!

…assuming there will be no censorship.
AI was never meant to be used in good purposes. We are still in the demo part of it, you’ll see!

Just because they control the media and the government, doesn’t mean they control our minds. Just say no, “your insanity won’t change reality”. This is the lesson behind the Emperor’s clothes. They are not going to get away with it as long we keep pointing out the truth

woww we are truly living in reverse world

1984s double speak in action. Down is the new up and the sky is also green from now on.

I see the psychobabble mind f**k here. The reason this works in their psycho mindset is that they consider a trans man a man when in reality its a woman. They will eventually have two categories of men, those that can menstruate and those that cant.

This is the human being who arrogantly thinks they can govern themselves and reject God’s law of natural order. This is it. This is what its like to live without a governing Supreme being like God.

This horrific lie makes me furious!!!!!!!

Nothing like confusing every single child about to hit puberty. Imagine young girls thinking they won’t get a period because they “identify” as boys, or boys that are freaked out they’re going to start bleeding out their urethras. Basic biology got thrown out with the bath water.