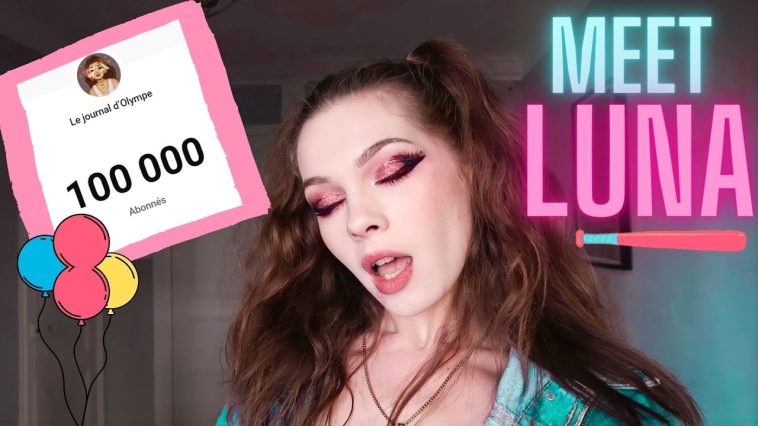 Suffering from dissociative identity disorder (DID), Olympe became known to the general public in January 2022 by testifying on the program “Ça commence aujourd’hui”, on France 2. She then explained living with about fifteen “alters”, other personalities born of terrible trauma and able to take control of his body. “I have 12 known alters, of which we are completely aware, but according to our psychologist and our psychiatrist, we are around 40”, she confided, explaining that one of them had tried to end in his days. “I have an alter that carries a lot of traumatic memories because our life has been almost 20 years of continuous trauma, she confided. One of these alters (…) tried to kill us because he couldn’t take it anymore, the youtuber explained that there was one, Lucy, who had become the protector. Then she tells how Charlie, another personality, had “tried to kill us, because he couldn’t take it anymore”.

She has been a victim, throughout her life to of many traumas that make her life today a hopeless life in her eyes. Victim of school bullying for 14 years, p*dophilia for 4 years, 5 r*pes during adolescence, mass cyberbullying, anorexia for 10 years, she also experienced the abandonment of her family, 4 homes and 20 families in 7 years, abusive relationships, post-traumatic stress and addictions… A hell of a lot and an extremely heavy mental load to bear and which Olympe has decided to put an end to. “It’s all the sh*t that I endure every day with my troubles, my past, my brain that doesn’t work well. I don’t have the family and friends to compensate,” she says.

I remember!:her first TV appearance where she had done everything to normalize the DIDs, especially when live on TV she had changed alters, becoming a certain Lucy, completely different from the basic Olympe, calmer and more talented. to explain things, and that gave me a bad feeling.

She then went around to a lots of influencers to even more normalize her identity disorder, and allowed this phenomenon to be imported into France, saying that she accepted it and lived perfectly well with it. Until reality catches up with her and she decides to stop her life. I hope she changes her mind and gets better anyway.

There’s the thumbnail of the video where she describes Lucy, the protectot alter with a lot of butterflies.

A British mental health blogger, Beth Matthews, just killed herself with poison. She was institutionalized and had it shipped in, said it was protein powder. No one checked. Hope this isn’t the new Tiktok trend.

Dangerous precedents… you are absoltely right! I fear too that this will become a trend

Maybe I’ve become desensitized by the world we live in, but I just can’t seem to give a sh*t about people who end it

Don’t the religious folks link selfishness with Satan??
Do What Thou Wilt???

Here is a picture of her wearing the eye of horus above the sun…it doesn’t appear as though horus or osiris are protecting her, healing her or leading her to life but are rather leading her to death.

However, I have read account of individuals with DID who accepted Yeshua as their savior and were subsequently made whole and their demons were expelled. 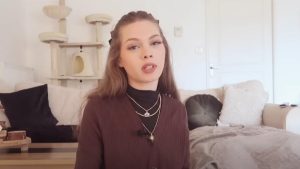 …or leading others to death.

Maybe the legion that inhabits her body will use her to lead so many others (weak and traumatized) that identify with her situation to suicide instead of turning to Jesus. Perdition instead of salvation.
She is being used… maybe unknowingly… to set this dangerous trap. There is no getting back and no help for a soul committing suicide.

I have read that demons lead individuals to commit suicide. Also, satanists literally sacrifice themselves to satan believing that they will experience life after death. However, if any entity or satan leads you to death now then that is a good indication that it isn’t going to offer life to you after death either simply because it doesn’t have life to offer. There is no life in any entity, person or organization that tries to lead you to death. People who are spiritually dead, who have not accepted the spirit of truth and life, will try convince you to be dead like them.

On the other hand, Yeshua says, “I Am the Way, Truth and Life.” He offers life in this life and the next.

Wop, How ya Doin
Reply to  Michele

Lady…Horus & yeshua are one in the same, Horus being the “original” Christ proceedings Jesus by thousands of years. I’m afraid that most of you will allow these “creatures” willful misinterpretation of all things Egyptian, to further your ignorance & christian fears.

Michele
Reply to  Wop, How ya Doin

Horus is mithology, while Jesus Christ is real and historically proven.
The prophecies regarding Christ are very old and preceded Christ’s coming. The demons that played the role of ancient gods are more likely to have known the prophecies and twisted them creating their “Christ” aka Horus ( the copy, the forgery). That way, the future generations, weak in faith, godless generations would fall easily in this trap of looking back in the mithology and history and say : look, Horus is Christ… or, look Horus was first; Christ is a made up character.
The blood thirsty demons playing as gods fooled generations and they still are.

Pure demonic possession. Which, btw, is at an incredible all-time high…I blame CERN. The number of times they’ve opened “portals” to what they refer to as “other dimensions,” (or HELL as it is commonly known) to being about Lucifer’s kingdom for the upcoming battle- well let’s just say they’ve done this MULTIPLE times over the past decade.

“ Pure demonic possession”
…that was also my thought

Me Myself
Reply to  John Smith

It’s literally stated in this small blurb that this individual underwent many forms of abuse. If you read VC’s articles about MK Ultra/ monarch programming, it’s abuse that causes disassociation.