As a Paul Newman fan, I read it (there was a big buzz around this book for almost a year before its release) and found some very odd things in it. For one, he didn’t like or trust his mother (for seriously valid reasons). She was from Eastern Europe who was beyond fixated on Newman when he was a child in very unhealthy ways. She liked him to look “soft and pretty”. In one chapter, he ends it by saying when he tried to get away from her and go play sports or do anything that boys normally like to do with his buddies, she would always aggressively pull him back into the house and “dress him up”. This included false eyelashes and lipstick. And it seems she did this when no one else was at home (That is HUGE). Newman also used to knock his head into a wall repeatedly in a spare room in his house that he shared with his older brother as a hangout room (Newman hints it was to get away from his over present, over dominant mother). Another disturbing reveal is that Newman had a weird obsession with his only male child which weirdly mirrors his mentally ill mother’s obsession with Newman (but his obsession was somewhat different). Newman liked driving cars way too fast and often got into car accidents where he miraculously survived every time. One time with his son. In this memoir, he seems genuinely sorry for not being the father his son deserved (his daughters, there are many, didn’t have a problem with him or vice versa) but it doesn’t explain why he would do drugs with his teenaged son except for the usual liberal west coast lefty guy answer that he didn’t want to be a mean dad and wanted to be seen as a cool dad blah blah blah, he also introduced alcohol to his son at a very early age but Newman doesn’t say his son’s age.

Of course his only son wound up OD’ing. Newman was really good to his many daughters but did a piss poor job of raising his only son. That is one of the weirdest things learned from this book. I keep asking myself why? Was his son some kind of sacrifice? Also, I believe after reading this book carefully, Joanne Woodward had something to do with Newman’s piss poor father and son ideas. Her distant attitude towards his only son creeps through in some chapters (who was from Newman’s first wife) and her flippant remarks that “oh, Paul’s son was too sensitive for this world blah blah blah bull will not fool the reader. You slowly start seeing through her bull. Basically Newman shacked up with a woman who reminded him of his own sick mom.

If you’re a Newman fan, I recommend this memoir because you do get a real sense of what he was like and it totally does not represent what we’ve seen from the outside Newman. He was totally constructed by his handlers to be the leading super butch dominant male leading actor. He came along at the right moment, because a lot of the old male stars were fading out and you had some twinks like Tab Hunter who just weren’t cutting it and Paul Newman was someone Hellyweird could mold. He was the Brad Pitt of his heyday. As for the cover? It does not, in whatsoever, in any way shape or form, match what this memoir is about. It was slapped on the cover to sell it and its actually a huge disservice to Newman’s legacy and his character even though he was seriously damaged. That stupid cover bears no reflection on who he was at all.

rumor has it that Paul was the product of incest between his mother and her father, Charlie Chaplin. 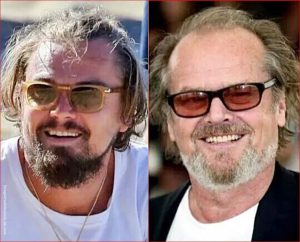 and while we’re on the topic, Brad Pitt is supposedly Robert Redford and Jane Fonda’s son.

No I heard the jack nicholson grew up out of incestuous relationship. His sister was actually his mum.

The hand over the eye is very telling.