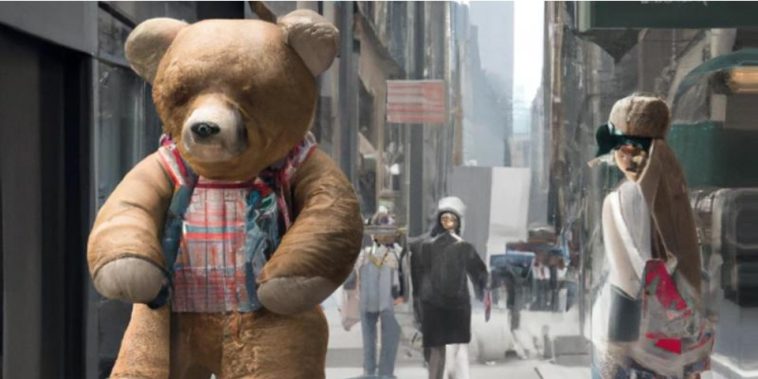 What will metaverse (and similar platforms) really look like? How will they fundamentally change us?

This is a quick article to begin consideration for discussion. Do we really want to go here?

Mind control: The metaverse may be the ultimate tool of persuasion

Trapping souls within this metaverse/matrix is ultimately the primary goal of the controlling forces of this world. This is the driving goal behind everything that is happening these days.

They plan to convince people that living inside this metaverse false existence is the answer to all the problems they create. They want people to willingly enter this hell for all eternity. Just look at the social media censorship and control and then think about the control they would have over souls trapped in a false reality they fully control.. with no way to logout or exit, with your thoughts and actions fully controllable.

Ever read the book Snow Crash? It was influential mid-90s cyberpunk and alot of the teminology used for it (avatar, metaverse, pop-up ads) came from it and its visualization of what it would be.

Parts of it aren’t as ‘out there’ as it once was since our world has skewed that direction.

The short minor spoilers version is that code used to muddy the languages/minds at the Tower of Babylon is discovered and weaponized and there is now a power struggle over it among the televangelists (Scientology/Christianity crossup), post-collapse US govt, and corporations.

It has been in movie development hell for years, but now that Apple is doing Neuromancer I imagine they will finally announce progress on this any day now.

“The story opens in Los Angeles in the 21st century, an unspecified number of years after a worldwide economic collapse. Los Angeles is no longer part of the United States since the federal government has ceded most of its power and territory to private organizations and entrepreneurs.”

“hyperinflation has sapped the value of the US dollar to the extent that trillion-dollar bills are nearly disregarded, and the quadrillion-dollar note is the standard “small” bill.”

“This hyperinflation was created by the government overprinting money, due to loss of tax revenue, as people increasingly began to use electronic currency, which they exchanged in untaxable encrypted online transactions.”

“The Metaverse, a phrase coined by Stephenson as a successor to the Internet, constitutes Stephenson’s early 1990s vision of how a virtual reality–based Internet might evolve in the near future. Resembling a massively multiplayer online game (MMO), the Metaverse is populated by user-controlled avatars, as well as system daemons.”

Never heard of it, but I just read the wiki breakdown.

love snow crash recently read it like 3 years ago. Personally I think a lot of what they come up with is from the literature of Sci fi and is hollowed out demo stuff that doesn’t really work. VR has been around since the 70s and they still haven’t gotten it to work the way it’s supposed to.

I agree with you there, still a long way to go but the current Vive/Oculus versions are lightyears ahead of what was available when they would have been writing the book.

HMD at that time were the size of beauty salon hairdryers or absolute seizure inducing garbage (Nintendo’s Virtualboy).
___
I grabbed a Vive when they came out but after a couple of months it sat unused. The movement is still an issue and the only games I considered working great with was a samurai cutting game and a BASE jumping one.

There’s a very interesting book by Rudolf Steiner from 1917 that talked about the spiritual side of this phenomenom, it’s a serius of lectures called “The electronic doppelganger”

Well the metaverse will be used to enslave you and keep you confined just like the WEF wants you to be.

The WEF doesn’t want you to consume the precious natural resources that belong to them and their precious genetic lineage.