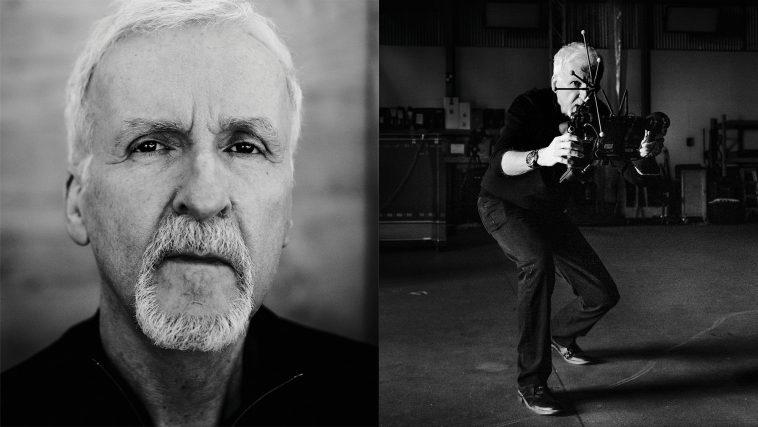 The director on spending a decade of his life — not to mention hundreds of Disney’s millions — to make ‘Avatar: The Way of Water,’ the long-awaited second film in his ambitious and risky franchise: “There’s skepticism in the marketplace. Can anybody even remember the characters’ names? We’ll see what happens after this film.”

Trying to submit again as maybe it was a sketchy wifi connection, if not approved, I won’t submit again.

This article is an excellent example of how media sells us on people and their ideas, by extension, with delicate subtlety.

I don’t know whether it’s still a thing, but preparing to interview for a job position advice always used to include to prepare to answer the common question, “What is your greatest weakness?” with an answer that is superficially a flaw, but sold in such a way it is actually a strength. An over-the-top example might be, “I feel so strongly about this work I sometimes forget to go home! I need to center and remember to take good care of me, too”.  The opening of this article begins in this vein, discussing how his wife, who owns a private school which taught their children, inspired them to push back against him (who is so dedicated to his work he is rarely home) and to leave the fathering to his wife, who has been mother and father of necessity. It checks a load of modern feel-good buttons and displays his Type A deference to the current narratives.

The man gives a good interview and says some very true and thoughtful things. They show his career development as well as his improving interactions, respect and trust with his crew over the years.  They speak of his intense focus, attention to extreme detail and demands of everyone, including himself, to produce the very best.

At one point of the interview he states, “A lot of things I did earlier, I wouldn’t do — career-wise and just risks that you take as a wild, testosterone-poisoned young man,” he says, declining to specify further. “I always think of [testosterone] as a toxin that you have to slowly work out of your system.”
They show him to be a man who walks the walk – sold off SoCal homes to downgrade and live simply, growing his own food, drives a small Kia and explains why he eschews electric cars. (He pilots personal helicopters and submarines, but let’s not get distracted.)

“Cameron believes most of us are suffering from what he calls “nature deficit disorder,” that our indoor, screen-bound, urban lifestyles have left us easily distracted and disconnected from our senses. Part of what convinced him to get back behind the camera was the potential he saw for his movies to impact the audience’s relationship with the environment.”

So, he wants us more attuned to nature, yet his movies show people going into virtual reality pods in order to get to this nature, and finding it’s “reality” and beauty so captivating they’ll, as he says, “cry over a tree”.

One of the first main characters was a US Marine who’d lost the use of his legs and definitely preferred this CG world. Sigourney Weaver (who was shot by an avatar Colonel while in her avatar state on the planet Pandora and was killed – remember the news about the Oculus headset? Think it’ll only be an Oculus feature..?) is back as the Marine’s daughter in this film. There’s some mystical tie-in about her essence still hanging around within the tech (what the elites have tried to do in order to preserve themselves to be reincarnated). ‘Cameron has already shot Avatar 3, due in 2024, and part of 4 (2026), and he has a script for 5 (2028). “It’s all written out, stem to stern, four scripts, and fully designed,” Cameron says…’

So, consider all the city-bound, all those in ongoing lockdowns and who will, inevitably, be again…all those who are handicapped, bedbound, etc, and all those who remain too fearful to even go stand alone on a shoreline (or are chased down and arrested for trying to). Where, in this increasingly isolated world will they be able to get their nature fix to help them to relax and feel sane? Inside some version or other of a Metaverse…? A VR world in which, not a bug, a feature, is that it can kill you should you die inside the game. But even if it doesn’t, you’re almost certainly bound to prefer life in there to the one they’re ripping to pieces out here.

In his Academy Award acceptance speech Cameron yelled “I’m the king of the world!” while holding up the trophy. It was a quote from the movie but hollywood thought it was over arrogant and proceeded to black ball him from any other movies until now.
So, he did all the underwater Titanic documentaries – waiting and biding time until his blacklist ended.
I’ve enjoyed many Cameron movies especially Aliens, but Avatar was so heavy handed shaming and ‘white people are all horrible’ programming that hope for these movies aren’t very high.

it is possible they didn’t see his vision back then. It is also possible that this is a contrived controversy which was part of what propelled him to such reknown. The awake at that time rejected “old Hollywood” too, so his outsider, rebel status likely resonated. Exactly like Trump and Elon still do today.

I don’t believe he was blacklisted at all. Over-arrogant for Hollywood..? Is there such a thing?
The article states he left to spend time exploring, that he traversed the deepest sea depths yet explored by man on a solo mission and nearly did not return as he was having too much fun.
Fortunately(?) for us, he did decide to come back to rattle off four “divinely” inspired tales (lures) in which to hook the more subtle fish.

He angered a lot of h-wood brass with his acceptance speech. Do I know if he was blacklisted for sure? No. But who makes the biggest grossing movie of all time and then claims he almost walked away? He was doing those Titanic docs because it was some of the only work he could get. He’s smart so he turned that time into something remarkable by designing his own submarine and taking it down to the deepest part of the ocean becoming the only person to do so supposedly.
Got to read between the lines in some of these articles.

The other possibility is the black balling was just a cover for doing the project they did. Going down to the bottom of the ocean who knows what’s all down there where they went. I imagine they went treasure hunting or seeking “lost” history and also hiding it in the process.

Gem said that those they publicly castigate the most are those they most revere. This rings true, here, especially given the saccharine over-the-top praise in this article, from those who work(ed) with him. Even the author seems to be interviewing a minor deity.
The public castigation makes their persona a martyr (and thereby more beloved by a certain subset so predispositioned). Think Trump. DeSantis.

Yeah they really kiss his rear here lol. He has got to be up there in the hallways of power in that town.

A self-and-generally described hyper-focused and driven person in Hollywood who makes very few, selective movies which all heavily feature A-listers and which all become top-sellers (of all time)…?
Why should he spend all his hours making more fodder for us cattle? He enjoys his private time. He is “king of the world”!