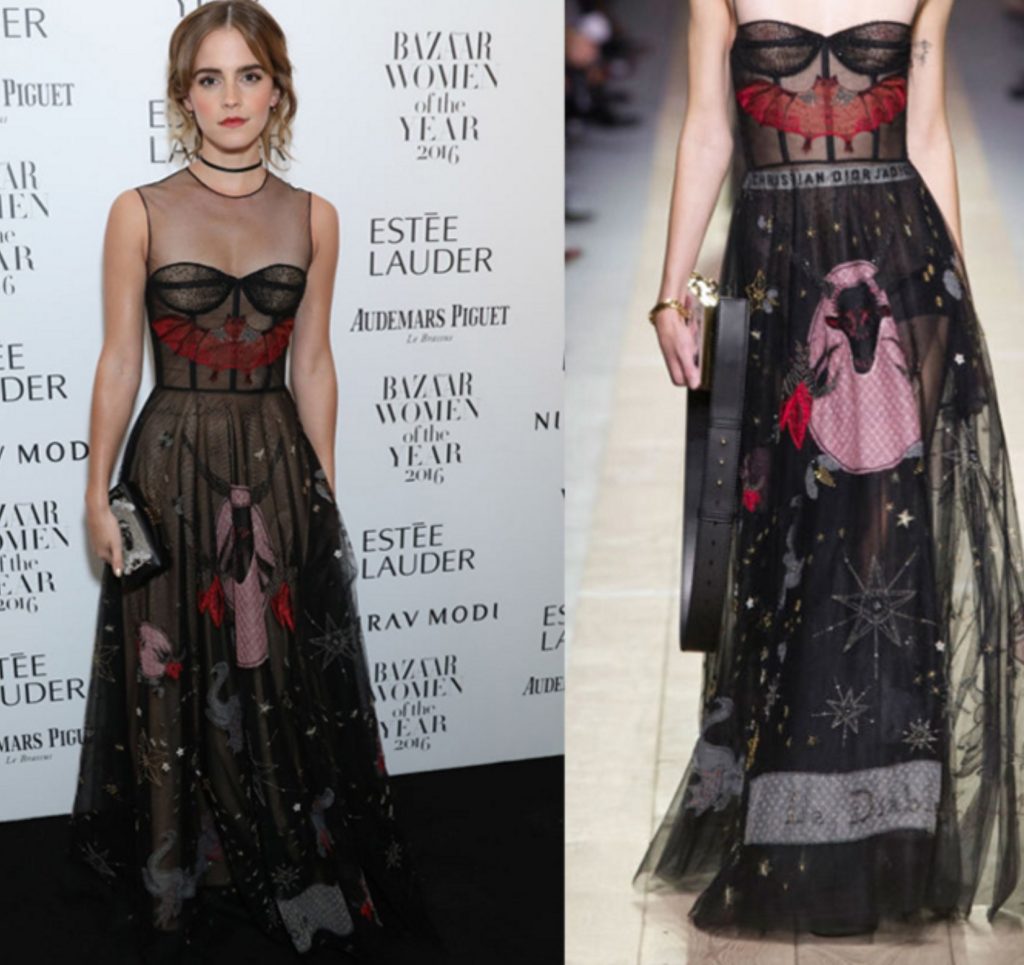 On the left is Emma Watson at Harper’s Bazaar Women of of the Year Awards in 2016 and was held on satanists most celebrated holiday of the year, October 31st. Most critics said that she had a very pretty Christian Dior dress. A closer look at it (left) reveals that there’s a big Baphomet head on it. At the bottom is stitched “Le Diable” which means “The Devil” in French. The picture on the right was taken at a Christian Dior runway show earlier that year advertising a similar dress. Emma won the “Inspiration of the Year” award that night.

There’s a Harry Potter joke in there somewhere, but I ain’t gonna bother.

Seriously, though. She isn’t hiding which team she joined, is she?

Yes, it irritates me to hear her talking about female empowerment as if she were a natural born female. Leading natural females to demise.

I believe that, too! I had a strong feeling about this since the first Harry Potter. Watson was the most masculine in the trio. The hairy boy in Harry Potter. :)) …and it makes even more sense with this empathy for the trannies. …defending his kind, I guess

Can you back this up or are we just assuming every remotely masculine-looking (aka possibly just human) actor is trans now? If can’t back it up, it’s just hurting our case.

Seek out photos of Emma as a child, and look at the body structure in bathing suits, dresses, etc.

And look at the broad shoulders in the photo above.

This dress was worn by Maya Hawk at the Stranger things 4 premier. I wonder if it is the exact same dress and maybe has an entity or something else “attached/embedded” in it.

That’s extremely creepy and still nonsurprising and I’m not sure which is worse. Always the pendulum with these creeps.